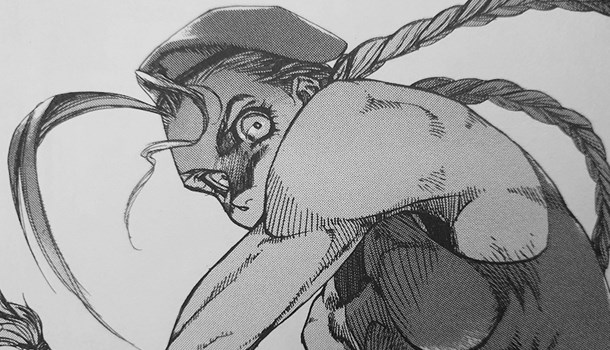 Udon have become the watchword for Street Fighter literature over the past few years, and for good reason. As well as releasing their own take on the Street Fighter mythos, they've also dredged the archives to find curios like this. Street Fighter Gaiden is a two-volume collection of short manga by Mami Itou (Darkstalkers/Red Earth) originally published in Japan around 1996.

Volume 1 contains stories featuring, among others, Ken's wife Eliza explaining the "world of men" to Guile's daughter, using Ryu and Ken's rivalry as an example; Chun-Li's continuing work to bring down Shadaloo; T-Hawk defending Indian land and a rather sad story about Fei Long. These bite-sized stories are a nice peek into the broader world of the Street Fighters, and while they are neither deep nor complex, they never outstay their welcome either.

There's a great deal of thought placed into each story too, which is most evident in Fei Long's tale. For the most part the artwork is sketchier than other tales within the book, and only when you reach the end do you ealise why. It's these little touches that make the book a cut above your usual series tie-in.

The translation itself is functional, though the usual wit of Udon's writing team is absent - space restrictions in the speech bubbles usually provide limited scope for expansion, and the only occasional glitch is where certain speech bubbles were clearly intended for vertical text, and Udon have had to cram in the horizontal text we Westerners are used to.

While Street Fighter Gaiden may be a niche product, anyone who has spent time brawling with the franchise would find something to enjoy here. It's superior in terms of artwork and pacing to the Street Fighter manga released last year by Udon, and the slightly larger-than-normal format makes an excellent showcase for the often detailed and exemplary artwork on offer.

8
It lacks the depth of it's Udon-created stablemates, but as a Street Fighter collectable, it's a gem.