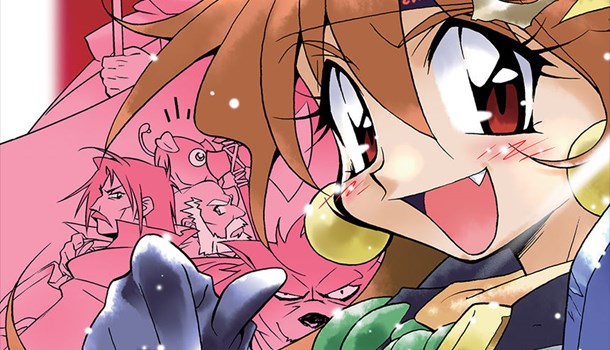 I remember discovering the Slayers anime series back around 2013 and becoming enamoured with the franchise's characters, world and comedy. As someone living in Ireland, therefore relying on UK releases of anime, I've been restricted to only enjoying the TV series, unable to watch the movies or OVAs. Besides those getting licensed, my other hope was that the Slayers light novels would someday get another chance at an English language release after Tokyopop released a mere eight volumes. My wish was answered when I learned that J-Novel Club had not only gotten the license for the Slayers light novels but were also going to be releasing physical editions, something they don't always do. Having finally gotten my hands on the first book which contains the first three volumes of the Slayers light novels, let's discuss my thoughts on both the quality of these stories as well as how similar/different they are to their anime incarnations.

The first volume introduces us to our main character, Lina Inverse, and the first thing that stood out to me was how the story was told in a first-person manner from her perspective. This allows us to hear her inner thoughts on her many trials and tribulations and this only strengthens the carefree attitude she has in the TV series where she is always making light of the situations she's in. The introduction of Gourry lined up similarly to the TV series but something that I noticed, which continued throughout the three volumes that I read, is that he seems ever so slightly brighter than in the anime. To explain for those of you who have yet to see the show, Gourry is a lovable swordsman who's got a heart of gold but is portrayed as being dim-witted, constantly forgetting important bits of information which conveniently allows Lina to explain key information to the audience as well. While certainly not intelligent, I couldn't help but feel that Gourry in the light novels shows a clearer understanding of the situations he's in than in the show. Perhaps this trait was exaggerated in the show but, being so used to Gourry's personality from the anime, I confess that it did irk me slightly. Besides that, the plot of the first volume pretty much lines up with the first story arc of the anime. I was surprised at how many situations in the show had been original such as the dragon encounter of the first episode but the overall plot is the same and it serves its task well in establishing the characters as well as the rules of the world they inhabit. However, it's important to note that a specific section of this story contains a joke that was not included in the TV show, for good reason, and there may be people who might be genuinely upset by it.

The second volume serves as a, for the most part, standalone story following Lina and Gourry as they arrive in Atlas City and get caught up in a feud between two sorcerers. Interestingly, this story served as the basis for an arc in the second season of the anime, Slayers NEXT, and, while a few characters and plot points found their way to the anime, the structure of the story is quite different. As much as I like Lina and Gourry, I did miss the other characters she had in her group by that point in the TV show and, while I did have fun reading that volume and observing the differences between it and the anime, I would definitely say that it's one of the weaker Slayers stories.

The third volume was adapted into the last arc of the first season and I have to admit that I was astounded by this story. While the broad strokes of the plot are the same, there are so many changes to the story itself that it was almost like reading something completely new. There are new locations, characters meet each other in completely different manners and a character from the previous volume, who's not in the anime at all, joins the group for the adventure. It's truly astounding to me how much they reworked the story for the show and, while I do love this arc in the anime, I was pleasantly surprised to find myself really enjoying this particular volume. The action is sound, there's some nice plot twists (even for someone who's already watched the show) and the humour really began to shine. While I'll probably continue to admire the anime incarnation of this story arc more, I also have no hesitation in saying that this volume is the best within this collector's edition.

Speaking of, the presentation of this book is really lovely save for one aspect. It's released in a very nice hardcover and has some lovely colour pages at the beginning depicting some key scenes from across the three volumes. Additionally, the artwork of Rui Araizumi is also very pleasant and I was surprised to see one page within the book done in the form of a manga, not even depicting something on one of the other pages like in most light novels, as in literally you read the previous page of prose, read that and then continue on reading in prose. The rest of the artwork is presented similarly to other light novels but this moment in particular really stood out to me. There are also some afterwords written by Hajime Kanzaka and, while these are mostly presented in character as Lina Inverse and portrayed comically, there is some nice information shared about how he came up with the first volume and how he figured out how to make Slayers into an ongoing series rather than a single novel. The one flaw in J-Novel Club's presentation of this collector's edition is that the pages are a tad too thin, resulting in some page bleeding which isn't too bothersome until you reach pages with artwork on the other side. While I do hope that J-Novel Club will rectify this in future releases, it isn't a dealbreaker and most Slayers fans should be satisfied with the overall presentation.

While I find myself preferring the anime incarnations of these stories more, I still found myself enjoying this book, both because I get to follow these characters I really like again and because I get to observe all of the changes between the original material and the anime adaptation. I'm also looking forward to future volumes where they will eventually outstrip the anime and begin telling stories that were never adapted.

7
Not as good as the anime in my personal opinion but still enjoyable and should be sought out by Slayers fans. 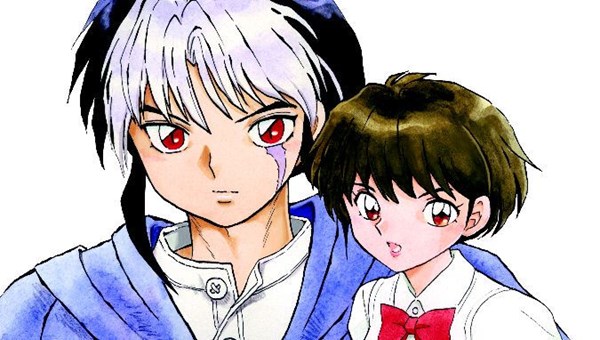