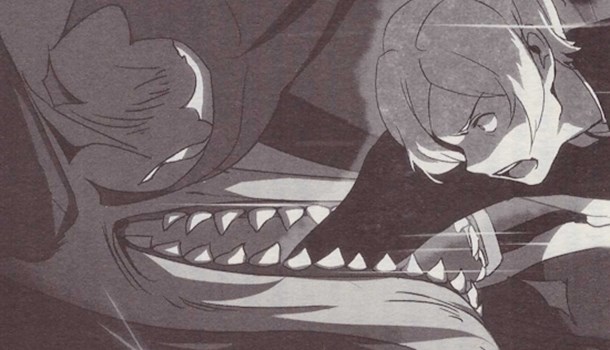 We all have memories that we'd rather forget, or at least push as far away as the surface of our consciousness as possible. However, few of us take this desire to suppress unwanted recollections as far as Minoru Utsugi, the protagonist of this new light novel series from Sword Art Online and Accel World author Reki Kawahara.

Minoru lives out every moment of his teenage life trying to actively avoid anything that might either provoke the emergence of old painful memories or create new ones, leaving him avoiding as much contact as possible with others and focusing on methodical tasks such as running to free him from the kind of thoughts which might bring such memories to mind. Then again, you can hardly blame him for this behaviour given what we witness at the start of this first book, as Minoru is sent into hiding by his elder sister as a violent intruder enters their family home - you can probably guess how this scenario pans out, leaving him without a family but for a new, adoptive sister with whom he shares a house.

Beyond the confines of Minoru's daily life, strange occurrences are afoot in this near-future world - a mysterious signal originating from deep space has left scientists excited but baffled, and it seems more than likely that this alien message is also somehow related to the appearance of a mysterious orb before Minoru which literally sank itself into his chest cavity. Since then, Minoru has found himself to be quicker, faster and stronger than before, serving as a clear indicator that this extra-terrestrial addition to his physical form has imbued him with new powers, but even he is unaware of just how impressive the abilities granted him are. Unfortunately for Minoru, these powers are about to prove hugely important, as events conspire to force him away from his life of isolation in the face of a particularly terrifying threat seeking to maul and destroy everything - and everyone - around him.

Having proven himself to be more than competent at blending virtual and real worlds to create compelling stories, it's actually a little exciting to see Reki Kawahara breaking away from that particular premise to go down a different route with The Isolator - there's no technology to speak of here, only a good old-fashioned mix of sci-fi and (effectively) superheroes as it introduces us to a growing number of characters graced with almost parasitic new guests within their bodies that grant them powers based upon their past memories. It's an idea which is slickly executed upon here to provide some compelling action as well as no shortage of decidedly dark character moments via its largely well-written cast.

Indeed, the book's story as a whole is dark, and almost reminiscent of a Chuck Palahniuk work without the black humour at times as it delves deep into the history of its two main players to reveal some gruesome stories which it pulls few punches in recalling - at times, this is not a book for the squeamish, and the conclusion to the story similarly provides a brutally violent ending to underline some of the factors at play here. Provided you don't have a problem with blood, guts and stories of deeply uncomfortable childhoods however, this is a hard tome to put down - briskly-paced and sufficiently limited in scope to make for a succinct part to what will hopefully become a longer-running series.

We say "hopefully", because the biggest question surrounding The Isolator is the future of the series - the author's afterword makes it quite clear that this reworking of an online story for print was largely carried out to fill a gap in Kawahara's prolific release schedule, with accompanying uncertain noises as to when or even if we'll see a volume two of the series. For our part, we truly hope that we get to see more of this premise - it may be a concept that you can boil down into ideas already covered well by other manga and novels (not least Parasyte as a well-known example), but it's proof that there are more strings to Kawahara's bow as a writer while also serving as a series with plenty of potential and entertainment value in its own right.

In broader terms, Yen Press' English translation of this book is superb (and feels far stronger than the quality of other recent light novels we've read from the publisher), with the volume also receiving a pleasing hard cover release complete with sleeve sporting an attractive illustration from Shimeji, whose illustrations also pepper the book to give an unspectacular but solid grasp of the look of The Isolator's world and characters.

Overall, then, The Isolator is a decidedly good read - very different from the likes of Sword Art Online in much of its tone and content, but nonetheless likely to be a book and story that will appeal to those who enjoyed that series. Having been frustrated by the poor quality of writing experienced with other light novels of late, The Isolator is a breath of fresh air in that regard, and has the story-telling chops to back it up into the bargain.

8
A dark, engaging and entertaining tale kicks off a series that we'd love to see more of.