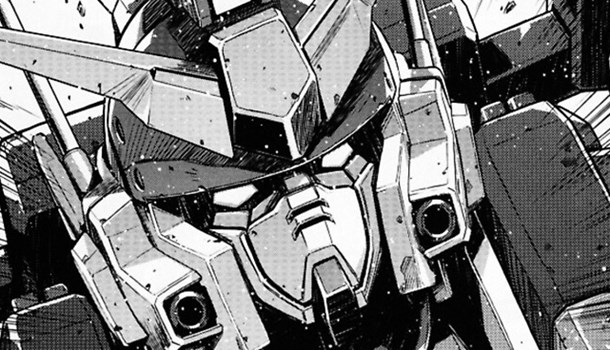 The date is After Colony 195, in an effort to bring peace back to the colonies, rebels send five pilots in Mobile Suits called Gundams to Earth. Their mission: to bring down the OZ secret organization. But the battle is far from simple...

I'm a huge fan of Gundam Wing, and I'm not sure weather the manga came before the series or vise versa, but anyway seeing as I know the series better, I'm going to base my information on that. This manga follows the story of series quite closely, but with a few small changes. The story. as with all Gundam series, is both epic in scope and very complex. It's a formula that every successive Gundam series seems to follow, and Wing is no exception.

The manga is drawn beautifully, with the action scenes in particular being well rendered (not to mention very violent!) All the characters are depicted well, with Heero the silent killer with a soft spot, Duo the loud mouth he always is and Quatre being shown as the kind and gentle pacifist of the group.

Overall this volume conveys Wing very well, with some of the best artwork I've seen in ages. This is the first in a series of these books, so expect more reviews of the other books as I get them. This is really worth getting if you are a Gundam Wing fan.