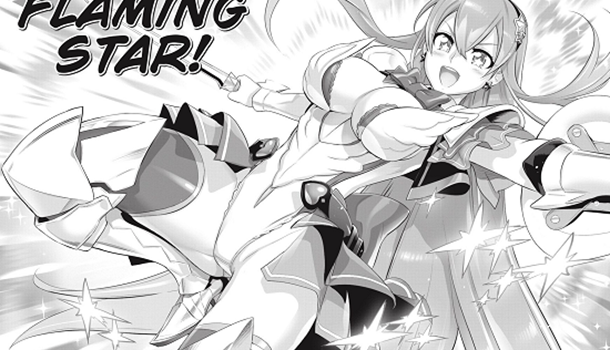 “Typecasting” is a phenomenon that I previously never used to pay a great deal of attention. In all perfect honesty I used to hold actors who bleated about the struggles of being typecast in contempt, deriding them as luvvies who moaned about doing the very thing that made them famous whereas the rest of us will only ever have anonymous lives of irrelevant obscurity. It’s so unfulfilling to play the same sort of character over and over? Oh, you poor darling, if you think that’s a repetitive bind, think of the checkout girl who’s spent forty years scanning cereal boxes and how that never got her on TV.

What got me to change my opinion on typecasting, and see those who experience it more sympathetically, was actually manga and anime. I was watching Kokkoku on Amazon Prime, a show with character designs by Yasuomi Umetsu – if you can’t quite recall the name, he’s the man who directed Kite… yes, that Kite. That’s the problem right there, because typecasting is more than just the work you get but also the public reputation that colours your whole existence beyond it as well. Yasuomi Umetsu has had a substantial career – his filmogprahy on Wikipedia lists over thirty anime that he’s credited on – but just one two-episode OVA that is over two decades old overrides the hours upon hours of other animation that he has committed to the screen and it has damaged his prospects (I can still remember watchers of the last show he directed, 2014’s Wizard Barristers, abandoning it in disgust when the girls didn’t get their kit off). Umetsu will, for the rest of his days, be That Guy Wot Did That Rape Cartoon and I cannot help but be moved by an immense and heart-wrenching surge of pity for the poor man.

Breaking a typecast of such hard concrete requires both effort and opportunity, but it seemed at first that Shouji Sato had found it with Divine Raiment Magical Girl Howling Moon. Sato is well-established as a purveyor of entertainingly ludicrous ecchi action with Highschool of the Dead and Triage X, but his new manga had space for a clean break. It was first published in September 2017, about half a year after the death of his brother Daisuke Sato who was Highschool of the Dead’s scriptwriter – and while that was no doubt a family tragedy, it also offered a change of perspective. He was partnered with a new writer, Trinity Seven’s Kenji Saito, and the manga was also prominently marketed in Japan as one of the banner titles for the debut of a new manga magazine, Bessatsu Dragon Age, so providing a chance to literally turn the page on a new chapter and a bold new statement of who he wanted to be on the front cover that no-one could ignore. What did Shouji Sato say about his art when he had a clear canvas?

In the world of Divine Raiment Magical Girl Howling Moon Japan is being threatened by the evil terrorist group “Millennium” – a bunch of freaks dressed up in monster outfits, who perpetuate random violence for no reason other than to sadistically revel in chaotic anarchy. Arrayed against Millennium to preserve the public peace is the heroic international defence agency “Six”, but their struggles are far above the heads of Kaguya and Himawari – they’re just middle-school girls whose only worry is giggling together over silly paranormal photos. The two girls are firm friends but their relationship is about to get a lot more complicated when Millennium comes crashing down on them both: their school bus is caught up in an attack and sent tumbling off a cliff!

Kaguya is thought to have been killed in the crash but in actual fact she has been spirited away to the secret headquarters of Millennium, deep inside the ice caps of Antarctica. Their leader, ‘Nine’, tells a suspicious Kaguya an amazing story – far from being the baddies, Millennium are defending human freedom against the malevolent cosmic entities that seek to enslave it – Millennium’s attacks are only against the disguised thralls of these alien forces and the supposed defence organisation “Six” is actually just a front for the cabal of wicked gods who rule the Earth behind the scenes. ‘Nine’ needs a champion to protect the Earth in the coming Elder Wars, and in Kaguya he thinks he’s found one. He has sensed hidden power within this small unassuming girl, a desire to obliterate the evils that threaten her friends, and wants to make that seed of strength grow to transform Kaguya into a magical girl… and also widen her hips and dollop on a few extra cup sizes onto her bust into the bargain.

Intriguingly, Divine Raiment Magical Girl Howling Moon is a significantly different title to the original – this manga is published in Japan under the name Magical Girl Flaming Star (which actually survives in the colour plates at the start of volume one). It’s a curious change but it makes sense as a proper correction of protagonist – “Flaming Star” is actually the codename of a secondary character (she features prominently in the opening pages, but the perspective shifts about halfway through chapter one – maybe there was a late script revision?), whereas “Howling Moon” refers to the heroine Kaguya herself. I think that there may be another reason for the change though – whereas the “Flaming Star” logo is presented in a bright, rounded bubble font, the “Howling Moon” logo is dark, sharp-edged and thorny, indicating what Yen Press want readers to think that the content within is all cool and edgy.

So then, has Shouji Sato decided that he wants to use a fresh start to give us new stories? Well… no. No, he hasn’t.

You know how internet memes these days are presented as a twist on a concept? “Steamed Hams But It’s The Confrontation From Les Miserables”, or “Eekum Bokum But It’s Law & Order”. Divine Raiment Magical Girl is effectively “Triage X But It’s A Mahou Shoujo”. If you’ve read any of the previous manga that Shouji Sato has done the art for then you’ve pretty much read this. You get the exact same fanservice-heavy action with pendulous breasts and spread-eagled open crotches, interposed between bathing scenes with plenty of all-girl skinship, that he’s offered elsewhere so if you were dismayed by Highschool of the Dead being abandoned unfinished then you can pick up where you left off here. It even extends as far as the tendency that I noticed in my reviews of Triage X (which I first filed in… 2012? Sheesh…) for Shouji Sato to reuse character designs like he’s a director who is recasting actresses in different roles – Kaguya is Highschool of the Dead’s Saeko and one of the wicked gods is Mr. Shido. Kaguya’s own mother is Triage X’s Hinako, and even the mask worn by ‘Nine’ strongly resembles Arashi’s motorbike skid-lid. Such comparisons carry on beyond these examples, and while I don’t have a problem with them in and of themselves – it can actually make for quite a fun spotting game to catch the references – it does end up emphasising that you are really getting more of the same.

Shouji Sato is a good artist and you do get flashes of it beyond the lascivious ladies – for instance, one fanservice trope that Divine Raiment Magical Girl Howling Moon actually restrains itself from and avoids is tentacle groping, because when tentacle monsters do show up they do come across as dreadful dark monstrosities regurgitated up from the stygian abyss of the deep ocean; one of the wicked gods also announces his presence with a demented demonic orchestra where the bodies are a grotesque fusion of withered bodies bent into baroque instruments; a devil dog opens its mouth wider than its jaw and splits itself down its bony sides. They are striking, unique designs and look amazing. It is an immense shame that they are just relegated to tiny side-panels instead of having proper focus granted to them. He never gets any real opportunity to show off the full breadth of what he can do.

Really, the same underwhelming failure to realise full potential is apparent throughout Divine Raiment Magical Girl Howling Moon. This is not typical for Shouji Sato. It’s really quite unfairly dismissive to claim that Shouji Sato does “just” fanservice action – even if you are doing something familiar you can still do it well, and Sato pulled out the stops with his previous manga which had immense personality, whether it was the stomach-churning fusion of eros and thanatos in Highschool of the Dead’s zombie body horror, of the outrageous explosive concrete-smashing extravagance of the battles in Triage X. They were still highly distinctive manga which stood apart from anything else in their industry, but the switch to mahou shoujo has robbed this manga the lovingly detailed renders of guns, bikes and cars which were Sato’s crowning achievement, and Divine Raiment Magical Girl Howling Moon is really just any one of a hundred other ecchi or hentai magical girl pastiches that you can find anywhere. Even the red-and-gold design of the magical girl on the back cover of volume two immediately reminded me of Nozomu Tanaki’s downright weird and fetishistic superheroine manga Don’t Meddle With My Daughter. There are a couple of interesting ideas – there is a brief aside mentioning the toxic nature of social media, which sounds like it was inserted as a memorial to Sato’s late brother as it is something that the infamously opinionated Daisuke would have agreed with – but other than one single page at the start of volume two it’s never brought up again. I was also really quite excited at the original promise of magical girls fighting disguised aliens – busty bishoujo babes kicking ass and chewing bubblegum in an anime take on They Live actually could have been a real hoot, but the idea is discarded almost instantly and by the back half of volume two the story has degenerated into little more than a Holy Grail War knock-off where the gods are duelling with their pet magical girls like Fate’s masters and servants. Divine Raiment Magical Girl Howling Moon really was phoned in. with not a lot of imagination in the storytelling.

So, Shouji Sato is resolutely staying in his groove – if Triage X still has not satiated your appetite for more fanservice then you can keep trotting along with this manga to tide you over for now. That’s fine, but it’s no more than what it is. This manga doesn’t have the punkish pulpy power of Highschool of the Dead and Divine Raiment Magical Girl Howling Moon is totally unmemorable once you’ve ticked off your quotient of cleavage.

4
Shouji Sato on autopilot – competent at what it is but you get what you pay for.