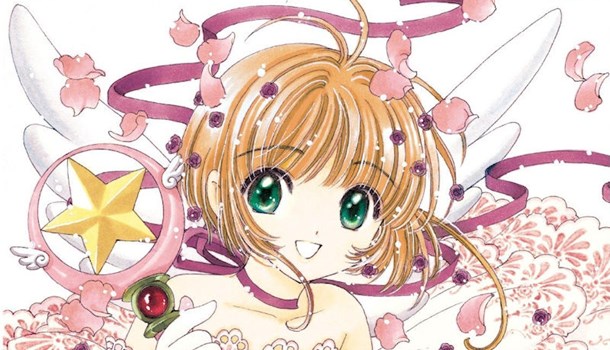 Confession time! Before buying this volume I had never read nor watched any of Cardcaptor Sakura. Shocking, I know. The odd part of this is that I already feel familiar with the franchise - I am aware of the broad story strokes as it is so widely discussed in the communities I am a part of, and the series has served as inspiration to a number of creators I am very fond of. So, upon getting a bit of birthday spending money, I decided to plonk down the cash for this first omnibus edition, mostly as I have never been let down by a Dark Horse omnibus release to date.

As many people will have already read at least part of this series, I am going to split my review into two rough parts, with this first part tailored for those who are already familiar with the series and who have perhaps picked up some or all of the previous Tokyopop release.
Frankly, if you already enjoy this series, you will be very well served by this newer Dark Horse release - a staggering amount of love and care has been invested into this omnibus edition, and it shows. The book is almost six hundred pages long, and is surprisingly weighty due to the high quality paper used in its construction. The physical dimensions of the book are larger than your normal volume as well, coming in at the size of a Viz Signature release. The book also promises re-mastered artwork, and while I am unable to independently confirm this it certainly looks stunning. The book also comes with a large number of glossy full colour pages, and combined with all the other aspects it looks like a fan's dream come true.

Now for the second part of the review, for schmucks like me who have never read the series or who (gasp) have never heard of it before!
Cardcaptor Sakura follows the exploits of ten year old Sakura Kinomoto, a young girl who one day opens a magical book and gets roped into collecting magical spirits that are supposed to be residing within the book in the form of the Clow Cards. Cerberus, the guardian of the book, deputises Sakura as a magical girl by bestowing a magical wand upon her and warns the rather impressionable young girl that unless the cards are sealed within the book a great disaster will befall the world.

All of this is told very elegantly in the opening chapter which begins in medias res, before jumping back and telling the backstory. This, as with all of the storytelling in this first volume, is exceedingly well paced and thought out, making the story feel effortless in its telling. Cardcaptor Sakura manages to walk a lot of tightropes very carefully, giving you just enough hints and foreshadowing to keep you interested without falling into the pitfalls of making things obvious or seemingly come out of no-where.
The storytelling prowess also extends to the cast, allowing character's natures to both be carefully revealed to you and also developed as the story goes on. One character in particular is Sakura's older brother Toya, as at the start you only have Sakura's point of view to colour your perception of him but as the story continues his relationships with other characters and his true nature are both developed effortlessly. This care and attention to perceptions and relationships also carries over into a lot of the world-building in the series, and greatly assists with explaining and putting magic in its place. This makes suspension of disbelief almost automatic when reading, and never once did I feel the spell of the narrative wearing thin. Exposition is doled out at a relaxed pace, just when it is needed, and keeps you invested in the story without overwhelming. There is also a strong romance element to the series, and both this and the magical girl aspect previously mentioned are strong enough to each stand on their own merits. While pervasive throughout the whole of the book, the many romantic plotlines and inter-relationships are very carefully handled and so avoid being overwhelming or exasperating. A large part of this is achieved by how maturely and uniquely each relationship is handled - from simple friendship to crushes or rivalry, each gets its appropriate time, weight and fair representation in the series without any childish dumbing down or leering nudge-nudge wink-wink going on to drag things down. This straightforward presentation adds a lot of charm to the work, as well as providing something that people of all ages can relate to in one form or another.

The art for this release, as mentioned previously, has been remastered and it certainly looks very nice on the page - the art is crisp and clear and really benefits from the larger physical page size. The line art used is frankly beautiful and the series makes full use of it, often swapping character costumes or expressions or panel framing to make lavish use of this talent. While this is faultless the art overall left me with a nagging complaint, as there is almost no shading present in the art, and instead copious amounts of screen-tone is used throughout the series. This may be personal preference, but the lack of shading made a lot of the scenes, characters and objects look flat on the page and strictly 2-dimensional. This is exacerbated in panels where there is little or no background, giving the impression that things are floating unsupported in a void. Also a small annoyance is the ungainly ratio of shoulder width to head size present on most of the older male characters - they have teeny-tiny heads! So tiny! But again, I stress that these is only a small complaint and not any kind of fatal issue. As a whole, the art suceeds utterly at conveying emotion and action, cramming a lot of both into each and every page.

For both fans old and new, this omnibus release of Cardcaptor Sakura is something to treasure. Some elements may have aged unkindly due to the passage of time (like the manga's representation of mobile phones and other technology), or simply because subsequent series have liberally borrowed its ideas, but this manga still stands proud as a great example of storytelling with something for everyone. It's hard not to feel the love that has been lavished on this release, and easy to see why it is well deserving of the effort and attention.
10
An enchanting story with something for everyone, now lovingly presented in a format it deserves.