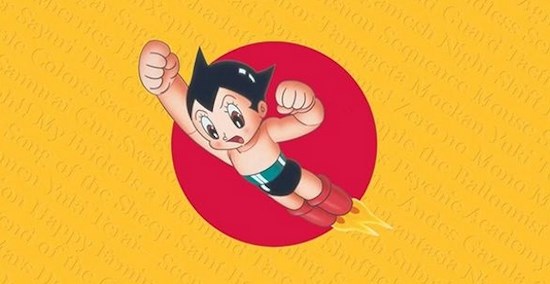 It was back in 2001 that we first saw the knowledge and talents of Jonathan Clements and Helen McCarthy (two names that should require no further introduction) combine to create The Anime Encyclopedia, an exhaustive breakdown of the vast number of animated releases, talents, studios and the like to come out of Japan - now, almost fifteen years later this increasingly hefty tome (now clocking in at over 1000 pages) has reached its third edition in an attempt to keep pace with the ever-changing industry which it seeks to chronicle.

Of course, it isn't just the anime industry itself which has changed markedly in the past fifteen years - the amount of material about anime available online is now vastly bigger and broader than ever, with Wikis and other crowd-sourced "encyclopediae" readily available and sporting no shortage of information. With that in mind, is an encyclopedia presented in book form such as this one even relevant anymore?

Well, yes and no. If all you're looking for is basic information on anime in the 21st century then chances are everything you need can be found at your fingertips online, with information readily available and often translated with at least a passable degree of accuracy. If you're looking to delve further back in time however, this is perhaps where The Anime Encyclopedia comes into its own - Jonathan Clements own Anime: A History gives us a more comprehensive glimpse of the credentials on show here (and Helen McCarthy's own body of work is no slouch in this regard either), and there's a clear surge in the passion of both writers when it comes to discussing their own specialist subjects within that history that is almost infectious as it leaps off the page at you. Thus, if you're looking to either seriously research anime as a medium or want to be as well-read as possible, then The Anime Encyclopedia remains a must-have tome - just like any source it shouldn't be your only port of call if you're hunting for accurate information, but it's certainly a useful, thorough and informative one. It should also be noted that the digital edition of the book is perhaps more useful than its paper counterpart as a research tool as well - although the function wasn't available with our review copy and even without an explicit index within the book, the ability to search and use hyperlinks embedded within the final e-Book version of the encyclopedia to jump between entries at will is a definite bonus and our recommended reading choice, personally. It won't risk collapsing tables and shelves upon which it's placed in your house, either.

Just like any informational tool, there are inevitably errors and omissions within The Anime Encyclopedia, over thirty of which (admittedly mostly minor, and largely pertaining to whether a given series had received an official English release or not) we submitted to the e-mail address included within its pages for the specific purposes of identified such errors for future correction. This does, of course, remind us of another limitation of the book format - it can't simply be edited on a web page, and although the digital edition is more easily updated once you've bought your copy then that's the end of the matter (although surely the days where books are patched like video games isn't too far away?) This "static" nature of the book is another mark against it for anyone more focused on the latest hot anime - the book's clear cut-off point in terms of the series it covers is the spring 2014 anime season, meaning that it's already over 100 shows and films out of the date as an example of how quickly the anime industry churns out content.

It also feels like some of the more egregious errors come from more recent anime which perhaps aren't either author's speciality - the entry for Bakemonogatari in our review copy contained a couple of glaring errors as one example, and Saki is another recent franchise that needed some work in terms of corrections. Perhaps the fourth edition needs some new blood to cover (or at least edit) entries for the latest goings-on in the industry to inject more of the book with the same passion as its stand-out topics and areas of expertise?

Any such complaints aside however, we aren't going to deny that The Anime Encyclopedia is a terrific resource - packed with information on every major topic and series under the sun, and filled to the brim with personality that encourages you to explore its pages and learn while you're being entertained as a result. Whether it's wartime anime or weird hentai, this book has you covered - its medium of delivery may feel outmoded for young fans, and others might feel like the focus of its interest doesn't mesh with theirs, but that doesn't make it any less solid as a research material or a coffee table book to give you a few industry anecdotes to throw into convention conversations. Given its size you might need to reinforce that coffee table first, mind you...

8
Its format and writings arguably struggle to keep up with the latest anime compared to other sources, but taken as a whole The Anime Encyclopedia remains an impressively exhaustive work that entertains as readily as it informs.