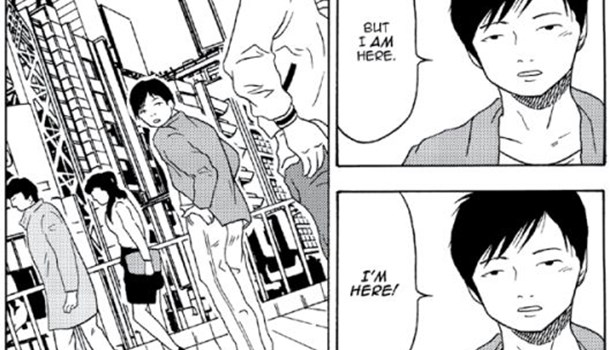 There's a very perceptive entry to be found in the archive of the long-running classic webcomic PvP. Skull, the loveable blue cartoon baboon of the cast, wants to break into comics and gives his graphic-designer friend Brent a page to proof-read. Brent studies the page and gives Skull a fair but frank assessment of the many areas in which his first effort's lacking - poor backgrounds, bad proportions, lack of perspective, stilted dialogue, and so on. Skull, a little disappointed, asks what he can do next. Brent can only recommend going back for a rewrite... "or you can take what you have now, fold it in half, staple it together and call yourself an alternative comic book artist"

It's for this reason that I am instinctually suspicious about the "indie" label. Apart from it being so broad a brush (in most comic shops "indie" is pretty much "absolutely everything not from Marvel or DC") that it cannot in and of itself be sufficiently refined to guarantee quality, whereas indie comics can be fascinating experiments in novel styles or honest efforts from teams earnestly confident that they can tell a good story even if the House of Batman didn't agree, I've been guilted into buying enough half-assed lazily "ironic" small-press toilet paper over the years that my charitable coaxing of the creative spark is well and truly quenched. When Alive's publisher Gen Manga describes itself as offering "indie manga from the Tokyo underground" I also have further cause for worry - before anything else, a publisher's mission statement should be "telling good stories" and something like that suggests a prioritisation of attitude over content and a hypocritical presumption that we'll buy because of who made it rather than what's in it that's just as bad as the big-name marquee brand mills of the major publishers. "Underground" is also code for "no editor"... is that a good thing as sparing a gem from being crushed by clumsy fingers, or a bad thing as preventing a diamond from being polished to a shine?

Alive is a single-volume standalone manga by Taguchi Hajime. It is an anthology of short stories and one-shots previously serialised in Gen Manga's own digital e-book magazine and now collected together into a print compendium. Gen Manga is chiefly an American outfit and I believe that this is their first print release to reach the UK. With the exception of a couple of fantasy entries, the stories in Alive are connected by the theme of fading romance and coming to terms with broken relationships - which can be a compelling topic, but as Hajime's last foray into romance was 2012's ecchi incest harem Nakaimo - My Sister is Among Them! (which you can read our thoughts on here), it's not a promising pedigree for a sensitive handling of the subject. Still, it's important not to pre-judge - there is little freedom for expression in harem anime which are bound tightly by strict commercial tropes. Now free of those fetters, at liberty to do what pleases, does Hajime lift up into new heights and expand out to interesting scenes?

The thing about "indie" is that it is allegedly about passion before profit, how rather than a paycheque creativity is its own reward, a sublimely elevating exercise of the mind. If that is the case then I would expect these comics to be crafted with love and care, polished to personal pride with no deadline to grind it down... which does leave me wondering why so many of the comics in this class look like scrawls dashed-off and flung in the photocopier. Alive, alas, is no different. The art in this collection could be best described as amateurish - wooden postures, wonky perspective (particularly in poor foreshortening), cardboard-cutout lack of depth, non-existent backgrounds, lumpen faces (you'll think half the characters have the mumps) and sometimes body proportions which are outright mutant. I might give this a pass if it was just in a book going for a pound at a convention booth, but not when I'm paying full price for a professional, properly-bound manga.

As mentioned above, the theme of the manga is the despondancy and desolation of lost love, so you can expect the manga to be fairly downbeat in its mood. That's fine, some of our most profound drama is tragedy, but tragedy strips away common delusions and bares the truth of souls through the force and energy of its shock. Far from revealing the core, Alive wallows in these superficial layers, with a deadening attitude of grey glum petulance, if not outright angst, hanging over everything. It's not even observant enough to be cynical, it's just sour.

Hajime also appears to have succumbed to the pretentious misconception that in order to be "Profound Art" and "Significant Literature", you must have a message - and if you're unconfident and insecure about whether your skill is sufficient to legitimise your claim to artistry, you must compensate by making damn sure that no-one can mistake that there is a message there to be analysed and inferred. This means that these tales of love and loss, rather than being allowed to speak for themselves, are instead each congealed around the leaden weight of a ponderously banal and unmistakably explicit moral. Half the time these are wearily half-hearted - a lonely guy learns to put away his silicone woman-doll and find a real relationship with a real girl who shows interest in him; it would have been more interesting and both more affecting and effective to see him flinch from the uncomfortable light, bunker down into the rut of his insular obsession and let the opportunity to break out slip away. Other times they're absurdly over-exaggerated to the extent that they defeat themselves - in one of the fantasy stories, a boy climbs up the giant circular cliff which encloses his world to find out that his entire civilisation exists in miniature in the bottom of a bucket on a building site. He stands on the rim of the bucket looking out to the chain-link fence across the vast two-foot chasm and cuts the "umbilical cord" of his belay rope. Can we see in his experiences a guide for growing up? Not really, as a mature grown-up would have made notes, climbed back down, announced his discovery and organised supplies for an expedition to explore this incredible new world... as it is left, good luck getting down the other side, son! Other times the need for a message to finish up on leads to the silly, vapid empty remark you see in the review header image above. It's all very well wanting to convey a message, but first you must have something interesting to say.

There are some occasional flashes of inspiration over the course of the anthology. There is a genuinely beautiful double-page spread where a woman starts popping the bubble-wrap in the goodbye gift left by the boyfriend who's dumped her, and sees capsules of their relationship in the crinkles of the cells. Of all the stories, the one featuring the girl trying to make her own simple hermitage on the roof is sadly sweet and the only one to really be invested with the spirit of melancholy which the blurb insists runs through the manga - although it's undermined by illogical decisions. If her plants were going to be blown away in the storm, why didn't she just move them inside? The entrance to the apartment-block stairwell was right beside her! Also, while this is more a reward for the presentation than the content, it can sometimes be difficult to buy into a manga series which can expensively run to many volumes; so at the very least Gen Manga deserves credit for publishing single-volume editions which won't paralyse you with fear of escalating follow-up prices if you're browsing for a new title in the shop.

I know that I spent a lot of time in the introduction to this review pooh-poohing indie comics, which might seem to have prejudiced me against this manga before I even started. That's not the case - I don't go all a-quiver at the very thought of them, that's true enough, but I anticipate the surprise and thrill of discovery of being proven wrong - my only priority is uncovering good stories, wherever they may be found.  They just weren't here.