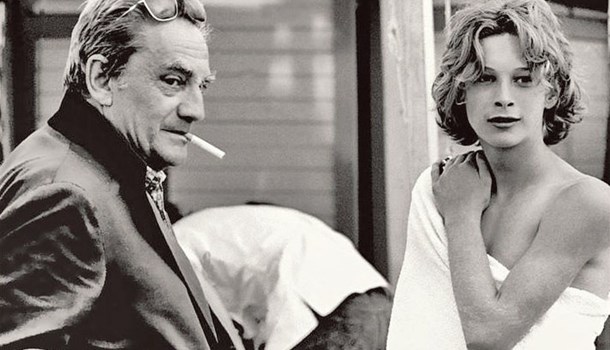 Bishōnen (literally ‘beautiful boy’) characters are an iconic anime archetype, distinguished by stereotypically feminine features such as long hair, large eyes and a slender build. It’s less well known, however, that these designs are rooted in the tragic story of Björn Andrésen, a former child star once dubbed ‘the most beautiful boy in the world’. Those days are now far behind Andrésen, who is currently in his late sixties and sports a long, grey beard – but years of being treated more like an artistic commodity than a person continue to haunt the Swedish actor in his old age.

Directed by Kristina Lindström and Kristian Petri, The Most Beautiful Boy in the World invites us to join Andrésen in returning to his past and confronting his trauma head-on. Grainy archive footage is contrasted with vivid cinematography to take viewers through several key events in Andrésen’s life, including his reluctant audition for Death in Venice at age fifteen and his eventual journey to Japan. It’s an intimate and often upsetting watch as we are immersed in the actor’s memories and shown a glimpse of the hurt he has carried for years.

The documentary also features a series of interviews with Andrésen’s partner, sister and daughter, which make for some of the most touching moments and create a fuller picture of his life. We also meet those who were influenced by him, such as The Rose of Versailles creator Riyoko Ikeda, who says that his long gold hair and the ‘sadness in his face’ directly inspired her to create the bishōnen icon Lady Oscar.

It’s a reflective work that’s far less heavy-handed than many of the more mainstream documentaries that deal with similar topics, drifting back and forth through different eras of Andrésen’s life rather than following a single linear narrative. In this sense, it feels authentic and free, but also runs the risk of alienating the audience at times by becoming a little too abstract. The closest the film gets to a primary focus is Andrésen’s struggle to come to terms with the death of his mother, which is key to several of the most powerful scenes but doesn’t quite feel at the forefront of the film due to the various other narrative threads.

Arguably the greatest achievement of this documentary is the ethereal, haunting score by composers Filip Leyman and Anna von Hausswolff, with low droning sounds and rich orchestral arrangements that gracefully convey Andrésen’s pain. It also perfectly compliments the cool blues and soft pinks that dominate the film’s colour palette, contributing to an overall gentle and pensive approach.

The film, to some extent, seems to ask for an existing interest in Andrésen as a person, but it also does a fine job of investing those unfamiliar with the actor in his story. It’s admirably well made, genuinely moving and not a documentary you’ll soon forget.