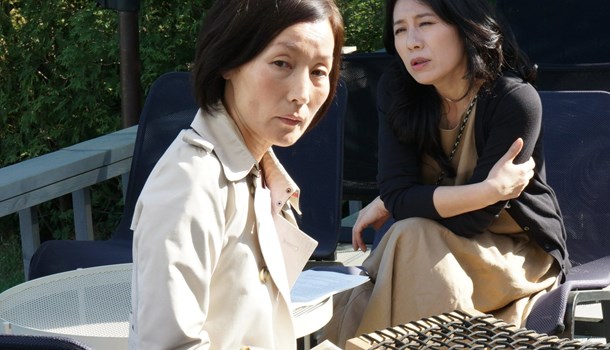 Saturday morning arrived. And like most recent Saturday mornings, I checked the BFI Southbank programme, having taken a liking to watching a lunchtime movie, whether David Lynch’s very not-matinee friendly Lost Highway or Howard Hawks’ more apt Ball of Fire, trying to get a film in has been something I look forward to, but it’s got to the right film. Nothing seemed on but I happened to recall seeing a BFI email on In Front of Your Face (2021), and noticing it was playing just before 1pm, I booked a ticket, jumped on the train, traversed the streets from Paddington (cos I need the exercise) and was introduced to my first film by Korean director, Hong Sang-soo.

Returning to Korea from the US, Sangok (Lee Hye-young) is staying with her sister, Jeongok (Jo Yoon-hee). Over the course of the day, Sangok and her sister realise how estranged they’ve become, though her reason to return home is to see a film director, Jaewon (Kwon Hae-hyo) who wants to cast Sangok, remembering her from when she was much younger and a successful actress.

Clocking in at an efficient 85-minutes, In Front of Your Face, according to the film notes I read before the lights darkened and the curtains opened, is a film best watched in the context of Sang-soo's other work, existing as a series of thematically related stories. As recommendations go this left me sighing more than slightly. I’m fine with stories, characters, films, whatever, being richer in the deeper context of a body of work but if not enjoyable or understandable on their own then the entity itself surely is pointless. So, I went into the film with some small trepidation, enhanced because what was made clear is that Sang-soo is not a visual director, if anything barely moving the camera, and then only when absolutely necessary. The film started in just this way, Sangok, waking on her sister’s sofa. Visually the film is hardly hard-hitting but as it progressed the almost forgotten camera allowed characters to speak for themselves. what became apparent is that the film was not one to give much away. That Sangok was an actress we learn reasonably early on, but even then the way her sister speaks of it makes it seem like she barely existed on screen; this is in stark opposition to how Jaewon describes rich memories of Sangok’s impact on him, and from having watched her in multiple films. Equally, Sangok’s move to America is defined much more in how it impacts the relationship between sisters rather than being fully clear why she made the move. Did she move to become a film star and fail, or follow a worthless man and end up making do? We are left to infer based on fragments of information that are effortlessly fed to us over the course of the film.

Importantly it is neither a dramatic nor a melodramatic film, rather it unfolds in a natural way. When we learn why Sangok has returned home it could be a crushingly dramatic beat, but in keeping with the way that the film progresses through a series of long conversations, instead it is handled with the same hard to read ambiguity that leaves you understanding the seriousness of why Sangok is where she is in life without ever quite getting a grip on her.

But then all the characters are equally slightly slippery. Director, Jaewon, for all his passionate desire to film Sangok is perhaps as much a dreamer wanting to meet an icon from his past as opposed to really wanting to commit to any form of producing art. Who knows? Not the audience, or rather they have the room to make up their own mind.

Then we have Sangok and her sister, Jeongok, whose scenes together illustrate how the threads that bind us together can be both flimsy yet robust at the same time. There is no simple estrangement nor absolute closeness, rather the film lays bare how people can be emotionally close and distracted. But this is not to enforce a meaning on the film because in the end it is one that, despite the camera often barely moving, is quietly affecting. The visual simplicity, the film being shot by the director in normal locations instead of sets, give it an emotional closeness and immediacy that belies its apparent simplicity but it is rich in emotional intelligence.

The apparent simplicity of it all makes it hard to judge the performances and that is perhaps the best accolade, that they all seem to slip into their roles, allowing us to believe in each of them without demur. No one stands out not because of lack of skill but because there is nothing in the least bit showy in their characters and they exist as real people, sometimes sketchy, sometimes sharply defined.

It is perhaps a film one might need be in the mood for, I'm really not sure.  But as a quietly emotive film it is one that won’t necessarily hit the heights of greatness, but shows how with even little means a film can transcend those that splurge millions.  In Front of Your Face perhaps makes film richer in a subtle and gentle way.

I’m reminded that the film should be watched in the context of the director’s other films and perhaps this really is true because I’m not sure if I loved it, liked it; I was definitely never bored by it nor was I distracted, perhaps it was all too perfectly, ambiguously real.

Also, I had no intention of reviewing the film, yet, days later... well, I felt compelled to. That itself is perhaps more telling than anything.

Unable to see it at the cinema, the BFI Player has it ready for you here. 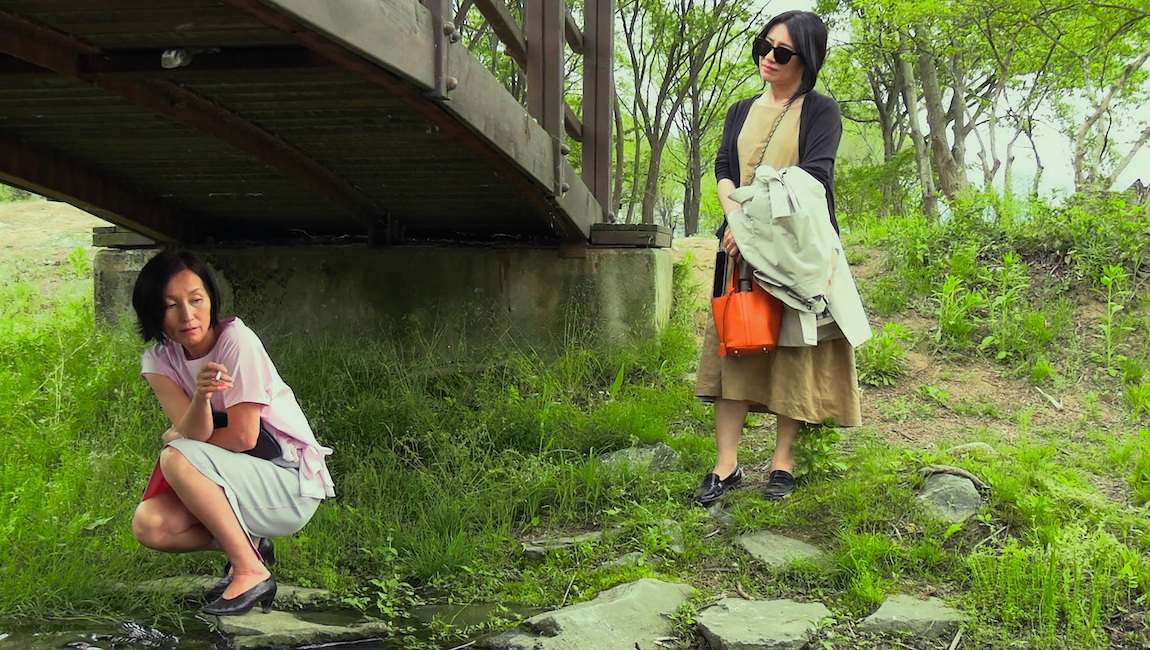