Ang Lee is one of the most successful and well known Asian film directors working today, as well as being one of the very few who’ve managed to achieve crossover success in mainstream English language films. With Best Director Oscars for both Brokeback Mountain (2005) and Life of Pi (2012), not to mention the phenomenal international success of his Mandarin language wuxia tribute Crouching Tiger Hidden Dragon, you’d assume that his filmography up to the present time would be fairly easy to see. Until recently, this has not been the case and this new release of his first three films, often known as the “Father Knows Best” trilogy, is in fact the first time the films will be widely available in the UK.

Each of the three films included - Pushing Hands, The Wedding Banquet, and Eat Drink Man Woman - feature the same actor, Sihung Lung, in the role of a father and each explore the changing nature of family as well as cultural clashes in the first two films and a changing Taiwanese society in Eat Drink Man Woman. Food and family are central to each of Lee’s early films, which depict both the warmth and humour of family life everywhere as well as its various trials and tribulations.

Pushing Hands is the story of Mr. Chu - a former tai chi master who has retired and arrived in the US to live with his only son Alex who has an American wife and a young son of his own. It’s long been Alex’s dream to bring his father to the US, but his novelist wife is more than a little put out with the sudden arrival of an elderly stranger she’s unable to communicate with. Despite having married a Chinese man and having a half-Chinese son, Alex’s wife Martha appears uncomfortable with anything remotely Chinese. Even if her resentment of Mr. Chu is understandable, she makes no effort to cope with the situation in a positive way and in fact often makes it worse, perhaps hoping to use the familial discord to manipulate her husband for her own gain. Meanwhile, poor Mr. Chu is trapped in a kind of solitary confinement with nothing to do and no one to talk to.

Pushing Hands is a little darker than the other films in the series as it brings its family closer to breaking point, but in the end things have a way of working themselves out and even if not everybody is “happy” a kind of peaceful equilibrium will at least emerge.

The Wedding Banquet is once again set in the US, with Winston Chao playing a successful Taiwanese businessman Wai-Tung, who is in a happy and stable relationship with Simon with whom he lives in a pretty nice house in Manhattan. However, Wai-Tung’s parents keep pressuring him to get married and have even signed him up with various marriage brokering websites. At the same time, a Chinese artist friend of the couple is having problems with her visa and the obvious plan is hatched. Predictably, it all starts to go wrong when Wai-Tung’s parents over-excitedly jump on the next plane and insist on having a traditional Chinese wedding banquet.

The Wedding Banquet is the most laugh out loud funny of the three films, even though it addresses some fairly deep themes. Wai-Tung is afraid to tell his parents that he’s gay not only because his parents are conservative and it’s less socially acceptable, but also because he’s his father’s only son and that therefore the family line will most likely end with him. His father (again played by Shihung Lung) is in poor health and desperate for a grandchild to continue his lineage so Wai-Tung is under quite considerable levels of personal guilt and societal pressure that it would be impossible to overcome simply by unburdening himself of the truth. In contrast to Alex’s wife in Pushing Hands, Simon has learned some Mandarin, is interested in Chinese culture and tries to understand a little of what Wai-Tung is going through by playing the generous host to his secret in-laws despite being relegated to the spare room.

Eat Drink Man Woman returns to Taiwan where Sihung Lung is once again a Mr. Chu, though this time a top chef and widowed father of three grown-up daughters. The oldest, Jia-Jen, is a heartbroken school teacher and a committed Christian; middle daughter Jia-Chien is a high flying executive who’s inherited her father’s culinary talent but never had the opportunity to pursue it; then there’s youngest daughter, Jia-Ning, who’s still at university. All three daughters live at home with their father, who insists on cooking a proper family feast every Sunday. One by one the family starts to disintegrate as each member splits off and forms a new family of their own.

This time Lee’s focus is more on contemporary Taiwan and the changing social dynamics of the modern family, but he still manages to imbue his tale with a naturalistic warmth. Each of the girls ends up choosing (or perhaps being left with) a different path, some more surprising than others, and is caught between wanting both independence and to return to the cosier world of their childhoods when their father was sweeter and kinder rather than the more traditional fatherly role he occupies for them now. However, it is the father himself who ultimately makes the most surprising and somewhat radical choice which manages to be both a very modern and very traditional solution.

“Father Knows Best” turns out to be a very apt way of thinking about the trilogy. For films about “family”, mothers and motherly concerns are surprisingly absent with only The Wedding Banquet featuring a mother among the older generation. Fathers hold these families together but crucially have to know when to step back. Each film shows us a contrast between the traditional and the modern as well, between Eastern and Western ways of thinking as the younger generation reconsider the demands of filial piety and the pull of individual freedom. However, as often happens in families things just have a habit of working themselves out, and Lee manages to capture the warmth of family life even through all the difficulties it can bring. 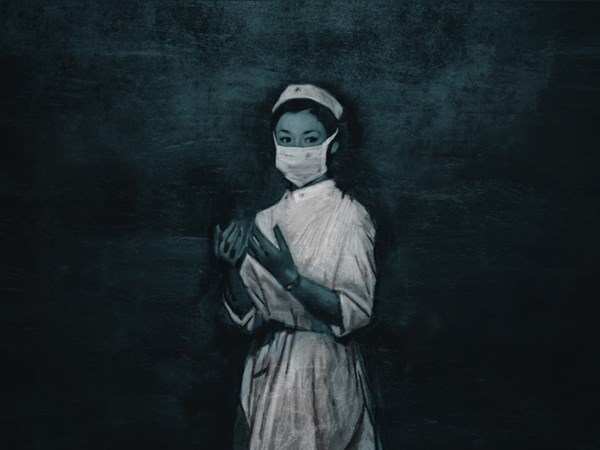