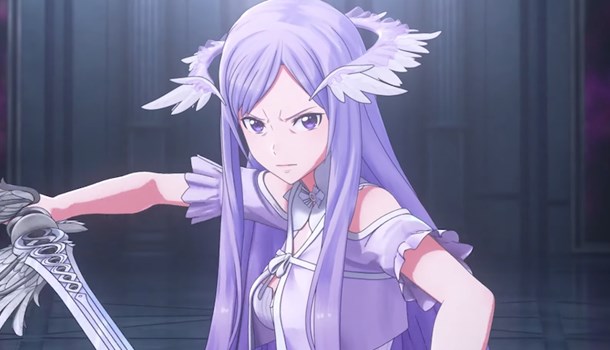 At this point in time, Sword Art Online has become one of the most instantly recognised isekai anime, which much like .Hack before it, has follows the trope of characters trapped in a video game world where life and death are mirrored in the real world. This, you might think, would make Sword Art Online lend itself really well to being a video game. Sword Art Online: Alicization Lycoris is set during the most recent anime season wherein our lead, Kirito, is stuck in the Underworld. A virtual world with it's own religion, societal rules and living AI that Kirito must integrate with in order to survive. The game's story follows the first half of the anime season of Alicization before the War of Underworld arc before moving into an original story created for this game.

The first half of the game does more world building than the anime, as it explains more about the hierarchical structure of society and how people can get bend the rules of the system without fully breaking them. We are also introduced to some new characters to help things along. At the start you play Kirito and team up with Eugeo to enter the knights academy. I won't focus too much on the story here as it follows the early parts of the anime and launches into something new. This is where the first problem arises. The game can't decide if it wants to be an RPG or a visual novel. Custcenes in the game keep switching between in game character models talking with each other in fully voiced scenes one minute, and then switching to character portraits with text like a visual novel the next. The latter seem to go on for far too long, lasting for over half an hour with no breaks.

The game itself is (mostly) a standard action RPG where players can control one of three characters in a team. At least that's the idea, however when playing I could only seem to switch between two of the characters at a time, only switching to the third when the AI controlled character died. Another problem is the party AI system, which is useless. When playing, even though I've ensured my party is fully equipped with proper gear, skills and attributes, the AI seems to lack the ability to do anything other than spam basic attacks. Although the game has systems to give characters orders and combine attacks, they are seemingly ignored. Secondly, the game has attacks and magic which are utilised by holding buttons and charging using the analogue stick. It's a cool concept but sometimes in the heat of battle proves utterly useless.

Tied into this is the system that breaks enemy defences. I will admit when it works properly it is actually really cool. However most times I found the combat really unresponsive and there seemed to be weird lag between inputs being registered, making me miss the proper timing required to fully break the opponents guard and take full advantage of the system. I waited for the game to be patched to see if the issues would be resolved and while it did fix some frame rate issues associated with attacks, it failed to fix them fully.

Speaking of frustrations, there are also big inconsistencies with the game's quests. When accepting quests, some will give markers on the mini map showing where to go to complete the objective. Some don't. Some will have the objective on the main map in the menu. Some don't. There was one instance where the provider of a quest wanted a specific number of particular enemies destroyed, so I dutifully travelled to the nearest location to defeat them. However, the enemies were far too powerful for me to defeat, and only when I checked the full map that I found an alternative location further away where the same creatures had much lower levels. This logical inconsistency suggests that some quests were just added later by a different development team looking to pad the game out. 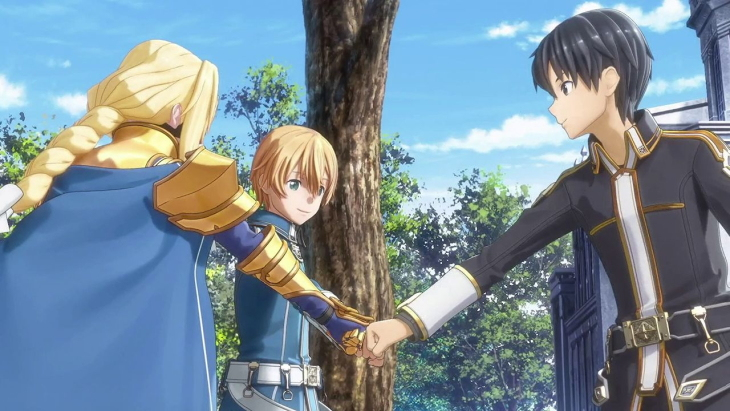 While the quests are a source of frustration at times, the game does boast some cool mechanics. The skill tree and levelling system is rather interesting, with skill trees for different weapons and different classes that can be mixed, allowing for some fun customisation options. The combat, while clunky, is flashy and dynamic, with a lot of fun possibilities, which would have been cool if only it didn't feel so unresponsive. The game has other charms too - it looks good, features excellent costumes, a bright and fun-looking world and an expansion of the themes covered in the anime.

A lot of your enjoyment will be derived from how much you like sword art online. If you love the franchise you may be willing to overlook the issues in the game, but taken on its own merits, its not really strong enough to hold up on its own. There are cool concepts for sure but so many little things that just feel really archaic. Playing in the SAO universe is fun, but the problems that bog the game down really make this feel like death by a thousand cuts. Every time the game tries to do something enjoyable, its mired by a small frustration that brings you out of the experience. I tried to give the game a decent chance and I wanted to get lost in this world, but in the end it was a bit of a let down.

Reviewed on a PS4 Pro