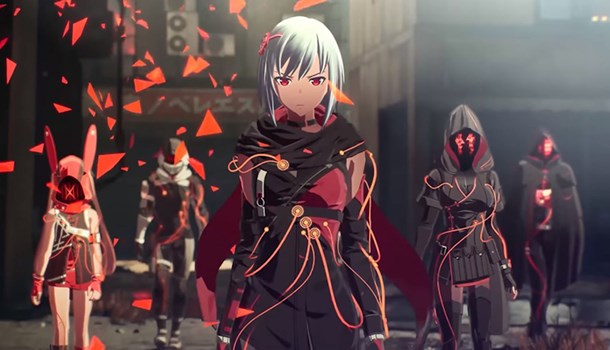 Bandai Namco have a lot invested in Scarlet Nexus - not only is it one of their first games for next-gen consoles like PS5, it's also the beneficiary of a new anime series due to debut at the end of this month. The publicity ahead of the game has been nothing short of relentless, and being a huge fan of anime-centric combat games, I was straight in with dibs on the review code!

First thoughts on heading into the game was that presentation was very slick. There's no doubt that Kouta Ochiai has created a roster of protagonists you'll warm to - cute guys and girls wrapped up in a glorious cyberpuk aesthetic - most notably the neon facemasks that appear when concentration goes into overdrive. It really does look fantastic. 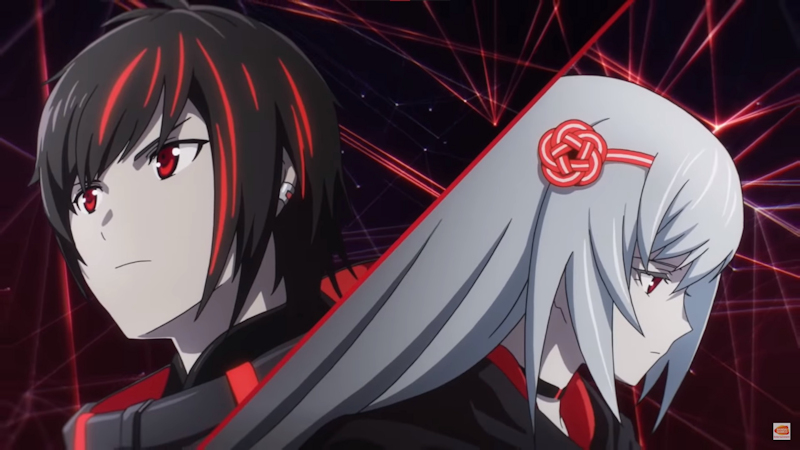 Your choice of story via two protagonists

You have a choice of two protagonists with their own unique campaigns, Yuito Sumeragi (son of a prostigious political family) and Kasane Randall, adopted and raised by the OSF (Other Suppression Force). Both will have to face the mysterious "Others", eerie creatures that are a horrific blend of limbs and plantlife menacing the populace. Masakazu Yamashiro's creature designs are very inventive, even if they might give you nightmares. You'll work within the OSF to keep these creatures in check as best you can.

Both characters fight using psychokinesis, but Yuito uses a long blade which is perfect for close-quarters fighting, while Kasane favours a flotilla of floating knives, making her a good hit-and-run fighter.

During the game, you'll be deployed to beautifully detailed areas of the futuristic city to clear out Others and accomplish various goals, all while pushing the story forward. When it comes to wandering around, the city is detailed, full of side-streets and opportunities for conversation, all of which enrich the world you're exploring. It's not entirely seamless as some areas need to load before you can enter them, and it's not as well integrated as, say, Final Fantasy VII Remake where you'll dive into new areas by driving bikes, skydiving or taking trains. Load times are short on PS5 however, so it's not jarring in the way it was a generation or two back.

The more I played the game, the more I noticed elements of other titles; the sketchy backgrounds that become more detailed as you approach is straight out of Gravity Rush, and looks no less lovely here. Really, Scarlet Nexus is most readily identifiable as the spiritual successor to the God Eater series, with the central hub and area-based missions, following that template right down to collecting materials in the field to craft into useful items. God Eater also received an anime, so it makes sense that Scarlet Nexus would follow Bandai Namco's own successful formula.

Stylistically, it could most readily be compared to Astral Chain, which took a similarly strong aesthetic approach, underpinned by great mechanics, interesting characters and engaging gameplay.

To that end, Scarlet Nexus might be guilty of stealing some inspiration, but it is taking a lead from the best. 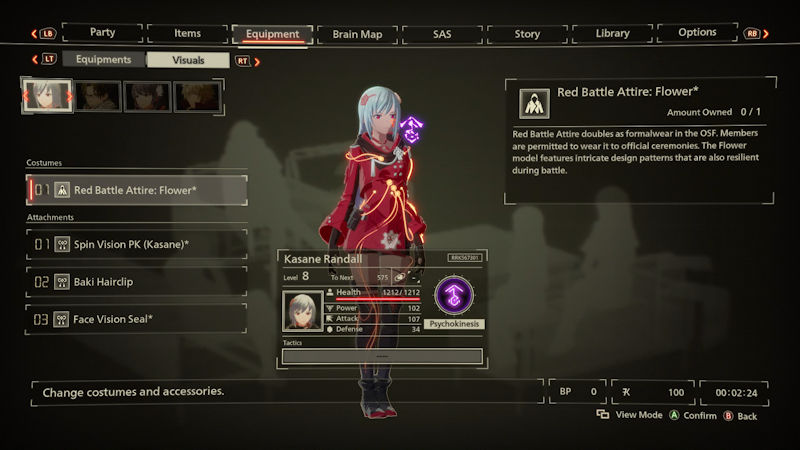 Customisation options exist for all characters, both playable and support. Menus are clear and easy to navigate.

You can also upgrade your abilities via a Skill (or in this case, Brain) Tree, something that's become a standard for action games over the years. New offensive and defensive techniques are offered in return for "Brain Points" (BP) and adds much needed buffs or abilities to your character. So natural is this progression method now that I was almost diving in to do my upgrades instinctively.

That's not to say Scarlet Nexus doesn't have unique elements of its own - the SAS system, wherein you can co-opt the powers of your team-mates, is a fabulous mechanic that brings a lot of variety to the gameplay, essential in this genre where grinding across familiar environments is a necessity. Some of these powers are less spectacular than others, such as increased defence or the ability to see hidden enemies, but when you can harness the powers of fire, lightning and invisibility, you really get to enjoy the variety on offer in terms of aesthetic and play style. 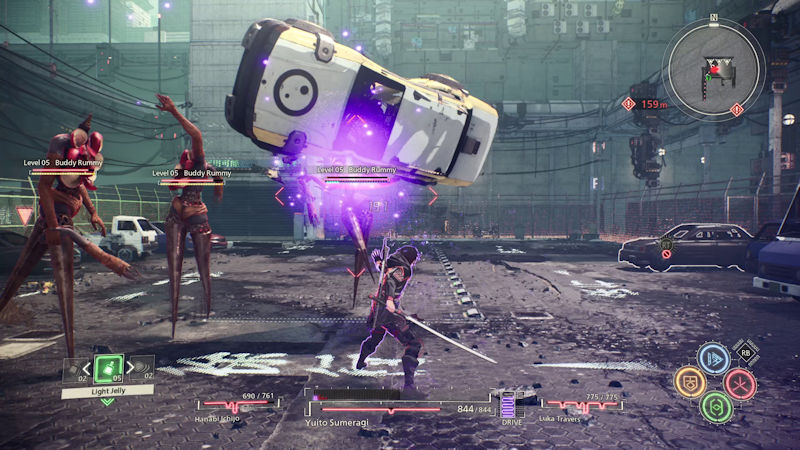 When it comes to combat, the main draw is just how bloody cool everything looks! Using psionic powers to hurl cars at enemies, or manipulate objects into more devastating attacks using the L2 button never gets old. Once you activate an L2 attack, you have to follow the onscreen prompts to activate them fully - so pick up a group of girders and you'll need to rotate the left thumbstick, making the girders whirl in turn. It's a lot of fun.

To drive the story forward, as well as change the narrative, you can opt to go on side-stories with specific characters, which take the form of cut-scenes which divulge more information about the character you're with. In turn, this unlocks greater abilities when you borrow their powers, their inhibitations removed to enable greater access to their being. You can also buy and craft gifts, which will appear around your hideout. Furthermore, this extra level of interaction can be used as a dating mechanic if you want to explore the romantic elements of the plot, further enriching your immersion into the world around you.

Without giving away any major plot points, there are elements of underhanded deeds, hidden agendas and manipulation throughout the game, all of which you'll uncover as you play along. I did enjoy the story and the characters, even if the plot isn't terribly original even within it's own genre.

On a technical level I tried both PS4 and PS5 versions of the game, and I couldn't see any notable difference between the two - the PS5 might be slightly sharper and smoother, but nothing that affected the gameplay. Bottom line, if you can't get hold of a PS5, you can safely grab the PS4 version and be confident you aren't missing much.

Ultimately then, Scarlet Nexus feels like evolution rather than revolution, a slicker, more stylish entry into a genre that's really taken off over the last few years, largely thanks to technology finally being able to bring us an immersive anime tale. The ability to choose between two different stories will add longevity, and I'm intrigued to see what DLC may be made available in future.

When it comes to score, note that we're an anime-centric website - this sort of aesthetic and gameplay is very much our jam (and we assume yours too). You might want to knock off a point if you don't gravitate toward the usual anime tropes, but there's a solid game under all the polish regardless.

I've no doubt the game will do well, and it certainly deserves your attention if you enjoy great visuals, engaging combat and interesting characters. It doesn't bring a whole lot of original ideas with it, but the obvious care and attention to detail lavished on the game makes it one of the best in the genre, and probably the only game I've played in recent years that can confidently rival Astral Chain for best in class.

While you wait until Friday, here's a sexy cinematic to get you pumped!

9
Stunning to look at and great fun to play, Scarlet Nexus delivers the next evolution in the cyberpunk hack and slash genre.