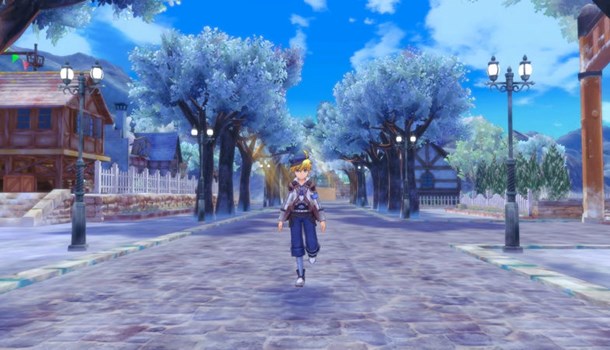 Rune Factory 5 is the latest in the RPG/Farming sim game from Marvelous!, taking elements from Story of Seasons and adding a few more RPG elements to the mix. Rune Factory 5 returns to the tried and tested approach to farming and dungeon crawling/exploring to deliver a familiar experience to fans of the genre.

Like previous games in the Rune Factory series the game begins with your character suffering amnesia and getting to grips with their new surroundings as you are introduced to the new town, its inhabitants and a new way of life. You'll start out as the new recruit of Seed; a peace keeping organisation that protects the town of Rigbarth, grows crops and fulfils various requests for the townsfolk to keep them safe and happy. The game starts out with the player taking various requests and progressing various story events which will, in turn, give instruction to the player on the various aspects of the game. These range from farming, talking to people, exploring areas, combat and capturing monsters. The initial tasks take place at a rather moderate pace, easing players in to the various mechanics of the game.

You'll undertake each task as Rune Factory 4 slowly opens up to the player as you progress, adding on layer after layer to your routine. Much like previous games in the franchise and Story of Seasons, the player will immediately find themselves thrown into a rather rigid morning routine of tending the farm by tilling the land, planting crops, applying fertilizer, watering the plants, cleaning up debris and harvesting crops to either sell or use for other things later. Only after the daily chores are done, can you spend the rest of your free time talking with townsfolk, exploring the area, fighting monsters or cooking/crafting new items. The game has a rather pleasant laid back feel to proceedings, making it feel rather relaxed and chilled. One of the new aspects added to this game is the option for same sex marriage. This opens things up to allow for better representation and more choice for players to have the husband or wife they desire from the cast of characters on offer.

Things do ramp up at times when specific story moments unfold, but for the most part the game lets the player relax and go at their own pace. This in turn leads to an issue where the game leaves out vital information when explaining things and how to progress. At times, after receiving rewards and being given objectives, the game did not make it clear exactly how to do them, leading to times where I stumbled upon the answer by talking to the right person by chance. One example is where the game wanted me to buy something from the shop, so I walked up to the counter but nothing happened. It wasn't until the shopkeeper was actually in the shop that I had to walk up to him looking at a random shelf before asking him to buy something in order to fulfil the request, which is rather frustrating. The game also allows the player to throw festivals in the town as part of its directive feature which is used to either upgrade the character, obtain licenses to craft items or throw big events. These events are fun little holiday style events where the whole town is gathered in one area allowing a good chance to talk with the townsfolk and win prizes, adding a great deal of charm to the town itself.

With regards to the gameplay, things are rather basic and feel a bit floaty. The farming aspect only really uses the B button which confirms farming actions, using A to pick up items and Y to stash them in your bag. There's really not much skill to it.

Like other games in the series the player has a stamina gauge known as "RP" which is used up by performing various physical activities like chopping wood, cutting grass and watering plants. However every time the player undertakes an action they gain experience in that skill and will level up. The more they level up the less RP each action uses in future.

As for being "floaty", there were times were the character movement doesn't feel precise; for instance it's easy to accidentally target the wrong patch of land to water or sow crops. There were also times where I accidentally hit a box after exiting the dialogue bubble. The battles feel a bit better, with attacks being a bit slower and more deliberate than I was used to, with a nice smooth function for dashing out of the way. However the game has a fair few issues with pop-in and frame rates. It genuinely feels like it's lagging when in town and there were a few instances where I thought my farm was destroyed, as I teleported to my farm and the ground was completely empty for a good 5-10 seconds before everything came back. Other than these minor issues the game is fun enough to allow me to look past these failings.

The game itself boasts a nice cast of characters, with both English and Japanese voice acting options. However I felt like I hardly heard anyone speaking with story moment scenes as it reverts to text after a few opening lines. But from what I heard it seems like the typical anime video game voice cast doing a decent job, so nothing to complain about here. Issues aside, it's still a charming game where players can farm, battle and develop relationships. It does follow a very formulaic approach and there are better examples of the genre out there, but this is still a fun game with charm for those looking for something new.