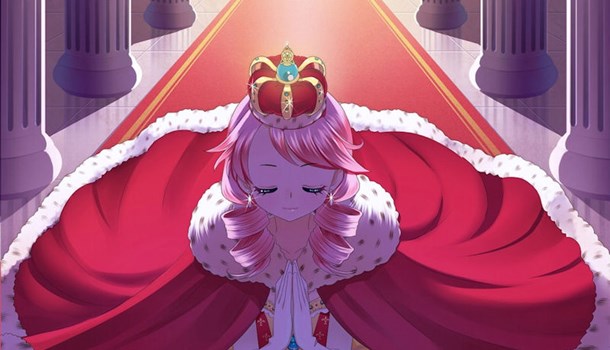 First released for PC only ten years ago, Long Live the Queen finally sees it's console début. With Updated background graphics, more language support and wider availability, the indie darling is more accessible than ever to players at large.

The game is a simulation role playing game that sees the player take the role of Princess Elodie, who must prepare for her upcoming coronation within 40 weeks time. However the journey to coronation is one filled with peril, treachery and political plots to prevent Elodie ascending the throne. The game is broken down into its various weeks with the player starting each of them by assigning two classes that Elodie will participate in. One in the morning and one in the afternoon. These cover various skills like swordsmanship, financial knowledge, manners & etiquette, and even the study of magic. Each week may contain an event based on the skills the player has focused on and will generate a positive or negative result. The player is also presented with choices which, in turn, can influence the rest of the playthrough or even lead to an accidental untimely death.

With events, the best approach is to discover which choices are required as well as which skills are needed in order to pass each of them in turn. At the end of each week the player is given free time to choose between one of the various places in the castle to visit. The main result of these visits is that each area will influence Elodie's mood.

Elodie's mood is important, as it helps determine how quickly she will learn various skills. When Elodie is scared she will learn skills that improve reflexes quicker. Also with practice Elodie will unlock various outfits which also have a bonuses for learning skills. The game is essentially a case of trial and error, with the game taking you through to various "bad" endings that are unlocked by making wrong choices.

There is satisfaction in overcoming these challenges and making it all the way to the end. The art is cute and charming but the content of the game is rather dark and disturbing at times with all the ways the Elodie can die.  Whether this is done via accidentally choosing the wrong option or walking into an enemy trap, her gruesome fates belie the sugar-sweet aesthetic. As the game takes place over 40 weeks. It can get to the point where players can progress quickly through the early game and return to the point they needed to make better choices with surprising ease. 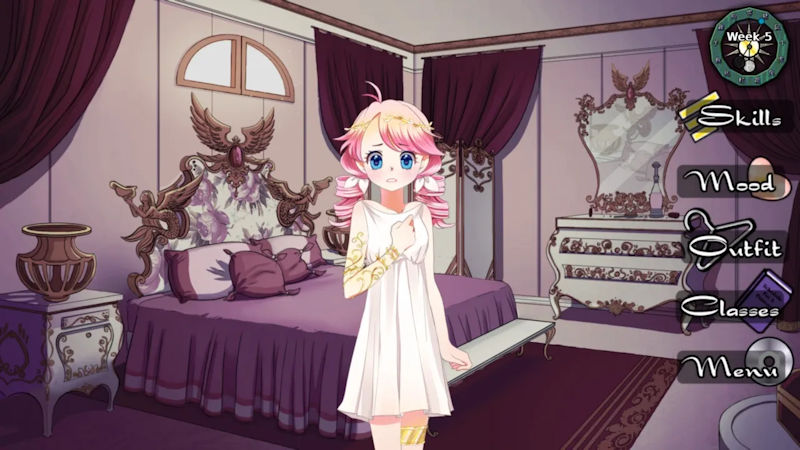 This makes the overall game relatively short, with a full run of the game from start to finishing taking about 1-2 hours if the player knows exactly what they're doing. The main draw here is the discovery and intrigue within the game's story that makes returning all the more compelling. With so many roadblocks along the way along and so many different choices the player can make, the game is designed for repeated play. At its core the game does have a rather fascinating plot with intriguing characters and, if the player discovers it them, some magical and supernatural elements too. It's a game that can be picked up and played in short bursts that make it really nice to play on the Switch given its hand-held nature. With the game being broken down into weekly chunks, it has natural stopping points that make it easy to dip in and out of.

To conclude; Long Live the Queen is a rather fun and charming simulation RPG with the emphasis on replaying it over and over to discover multiple endings and overcoming untimely deaths to find the best solution. Fun in short bursts with a lot of re-playability.

Review based on Nintendo Switch Version