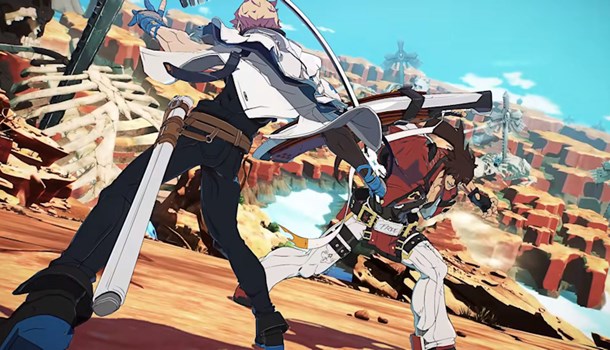 Ah, ARC System Works, alongside Capcom they dominate the fighting genre. As a fan of their other anime-style fighters (and having visited their office for a day a few years ago) it's hard to contain a little bias whenever they release a new game.

Guilty Gear is, of course, the real passion project of artist Daisuke Ishiwatari, and it debuted all the way back in 1998. Now, 24 years later, we get Strive, the latest entry into the series. A lot of fuss has been made of some fundamental changes to the fighting system, with an interview in Famitsu where they outright state the game is no longer an iteration, but a wholesale rebuild to help new, worldwide players get a foot in the door of this technical series.

Now, while this might throw a few purists off, it does give the series a new base to start from - having introduced Blazblue to much crititcal acclaim, it seems that the team want the new Guilty Gear to reach the same heights of international popularity, so combos are now shorter, costumes a little more conservative and older playing techniques have been removed so that everyone starts at the same level. It's a bold move for an older series, but one that was probably needed in light of the next-gen consoles and increasingly global market. 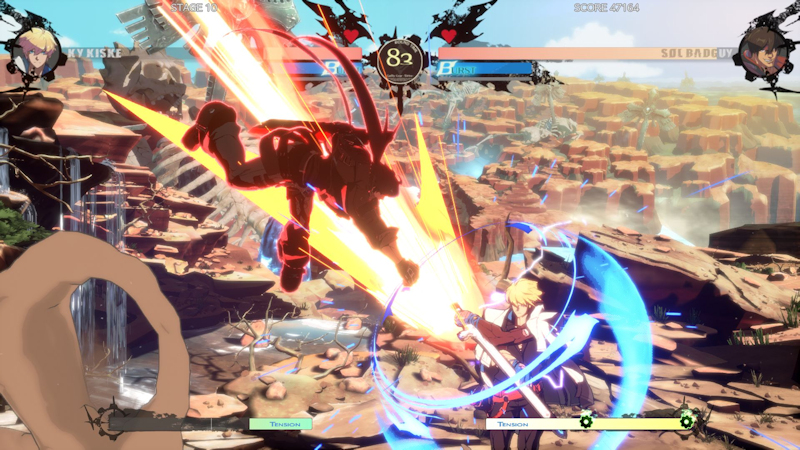 I've already heard some people comment it doesn't feel like Guilty Gear, and given the above, that's probably not an overstatement. The game does feel less technical and a little less daunting. I never really get on with overly fussy fighting games, and as much as I love Blazblue, some of the people I play are just so into the mechanics that beating them is next to impossible. I tend to nibble them to death with quick, weak attacks that interrupt their flow - nothing more satisfying sometimes than not playing "properly" to annoy a master...

Strive, however, felt utterly accessible. The 15 characters on release are nicely balanced, offer a range of fighting styles and. most importantly, I felt drawn to all of them. Larger rosters are pointless when they're filled with derivative clones of other fighters (Street Fighter has been guilty of this, adding nuance in later iterations) but here, it's a tasty tray of appetising fighters, all of which you want to try at least once. The designs are classic Ishiwatari - cool, colourful and full of attitude. Not as iconic as other fighters perhaps, but ultimately it feels unique - look at any character on the roster and you know which game it belongs to, whether it's the creepy Faust and his scalpel, the beast that is Potemkin or the cute-as-a-button May with her massive anchor, it just sizzles with charisma. With at least 5 more characters waiting in the wings via DLC, it looks as though the game will grow along with your skills.

In the game, the usual options are available; arcade mode, training, online play and a VS mode. The fighting lobby is a fun pixel-art house that pits you against players of a similar level. It's a fun little diversion and a nice way to interact online - you can customise your avatar too, with new items promised for a more unique look. I can see it getting irritating if you just want to fight online, but I enjoyed fiddling with it.

When you get into the fights proper, they are glorious to behold. Big, beefy characters who launch at each other with gusto, each blow delivering a satisfying crunch. Guilty Gear is famous for long chain beatdowns, but to make it easier on new players, ASW have added a new mechanic that breaks the stage wall if you take enough damage, launching both fighters into a new arena, and more importantly giving the pummeled player a chance to regroup. It's a lovely touch. 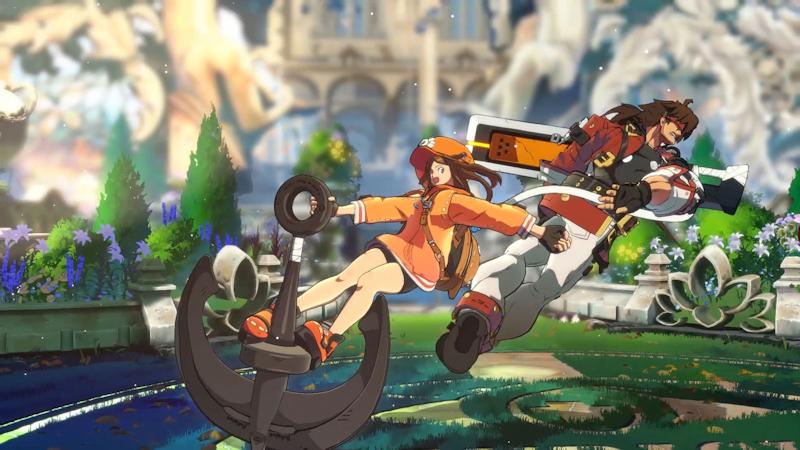 Even with the technical aspects toned down, there's still a lot to master here - four types of block, multiple guages, breaks and counters to learn - there's a lot of meat on the bone to pick at. Damage has been turned up, so that even if you only get a hit or two in against a superior opponent, you'll see a decent amount of damage as you hit the floor. Subsequently rounds are less an endless chain and more scrappy dogfights, with each character vying for an opening before launching a short and deadly attack. It's fun to watch too, and that's coming from someone who generally can't understand the appeal of watching other people play games.

The game reminded me a lot of Granblue Fantasy Vs in terms of presentation - each round ends with an assessment of your performance in terms of aggression, skill and technical ability, the opening and closing animations blending seamlessly into the fight itself and gorgeous backgrounds adding to the atmosphere. I'm only slightly fonder of Granblue becuase I'm more invested in the characters, but there's no doubt that this is a golden age for anime fighting games, Guilty Gear Strive being just the latest and greatest addition to roster.

Check out the trailer to see the game in action!