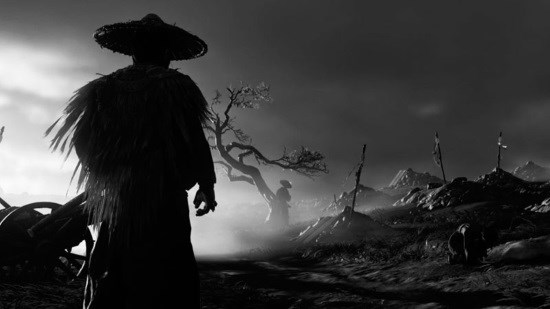 Here’s a good one for you – who do you go to if you want to make a solid, period-accurate game set in feudal Japan? If I gave you half dozen attempts I’m not sure anyone would have gotten to an American studio, especially given both the general perception of America’s view of world history and their actual history with Japan (frankly we’re dozens of hours into the game and we’re still half expecting Jin to rip of his face Mission Impossible-style and turn out to have been an American all along). But here we are with Sucker Punch - another name that would never have sprung to mind given their frankly abysmal list of previous releases - now bringing us Ghost of Tsushima.

A game which, thanks to most of the world still being locked inside desperately needing new entertainment, is now the fastest-selling new IP for the PlayStation 4!

Whilst I’ve seen a lot of people comparing Ghost to Dark Souls it’s really not an accurate comparison. Firstly, it’s far too accessible and FUN to be a Souls game, and secondly it really has much more in common with the Assassins Creed franchise, with it’s huge open world and dozens of activities.

Taking the role of Samurai Jin Sakai you must battle your way across the island of Tsushima as it reels under the force of an attack from a Mongol horde led by Khotun Khan. After the initial assault leaves almost every samurai dead on a beach, Jin finds himself nursed back to health by a young thief who begins to teach him that there are ways other than those of the Samurai that may be needed to win this war - stealth and subtlety may be the keys to turning the tide.

Frankly this feels a lot like the sort of game Assassins Creed is supposed to be. The island setting is huge and full of life - everywhere you go, farmers work their fields, frogs jump up from the marshes and birds soar above you. Every quest ends up taking hours to complete as you happily wander off to the side to ‘just do that one shrine you can see on the hill’ which inevitably leads to more and more activities, collectables and battles before you grudgingly return to the story-line proper. 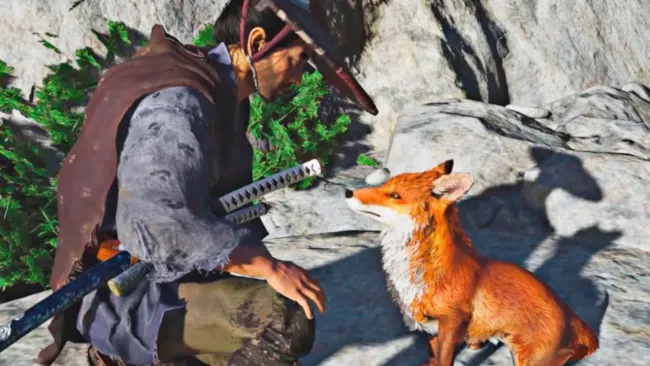 It helps that interacting with the world is so much fun. Jin can run, ride and climb as you would expect, but it’s the little touches that the game often doesn’t even introduce like being able to deftly flick the blood off your sword or pet a fox (we command you to pet all the foxes – they’re such good boys and girls!) that bring life and character to him.

The combat is fantastic fun too with this being one of the first games we can think of that manages to really solidly combine stealth gameplay with combat so you never end up feeling like you have to play the game in one style or the other. It has to be said that the combat really works too. Despite what initially starts to look like a bewildering amount of attacks, parries, blocks, stances and equipment, everything just clicks and becomes so much more intuitive than basically any third person close-combat system there’s ever been!

To put the cherry on the cake, the game is spectacular on a technical level. Whilst we have seen a few glitches like NPCs spinning in place or, rather memorably, what looked like a nude character model whose clothes fell from the sky and dressed them – overall the game just works and doesn’t seem to be getting patched every other day.

The soundtrack and soundscape are beautiful, full of traditional instruments such as flutes and shamisen, blending together amongst the whispering leaves and bird calls. We can’t comment on the English cast but the Japanese voice cast are spectacular and have really given everything for their performances, with Kazuya Nakai especially doing a superb job as Jin.

The game is also rather pretty...in fact it’s very pretty. Play it on the base settings and it’s one of the best looking games you’ll have played for a long time. However, we strongly recommend you switch over to Kurosawa mode which runs the game in black and white with a subtle film grain effect; at which point Ghost of Tsushima becomes the best looking game EVER.

So many games try desperately to make things look good and realistic at the same time, but in Kurosawa mode Ghost manages to pull off the most realistic visuals we’ve ever seen. If you spliced some of the game footage and cut-scenes into a real live action film an audience might never notice – it’s that good! Even games running on PS5 and Series X don’t look half this good. 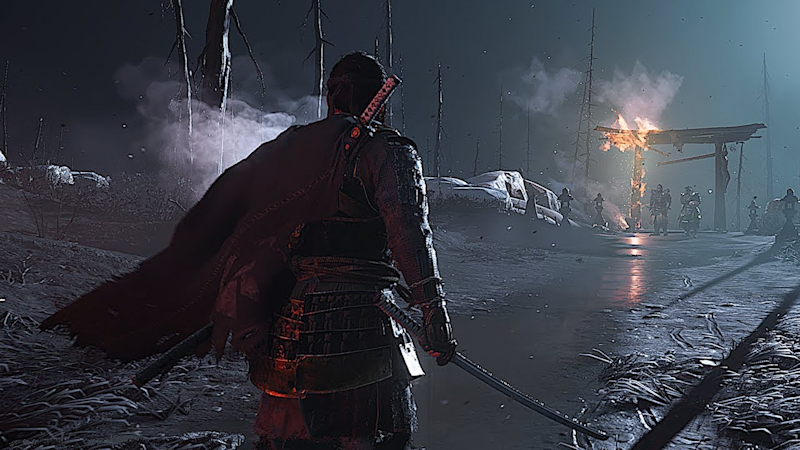 There are some niggles with the game that bear mentioning. For starters, the game hasn’t been fully optimised for it’s best feature – the aforementioned Kurosawa mode with some of the Japanese dialogue clearly not fitting mouth movements designed for the English voice track. It also slips up with a rather annoying quest asking you too look for flowers of certain colours (an issue which also renders a chunk of the customisation options redundant). There’s also some dub-titling going on which is fairly obvious in a few areas.

The duels (1-on-1 combats that happen in certain quest lines) rapidly end up devolving into button-mashing rather than the more elegant combat in the rest of the game, as most of your skills are stripped away leaving you to fight enemies with absurdly large health bars who have a habit of hitting you with massive combo’s you can’t see coming - even worse, they seem to ignore your blocks and dodges whenever the game feels like it. Urgh.

Plus certain enemies prove to be far more difficult to deal with than they should be, with archers and spear-men in particular proving happy to either block indefinitely or chain attack you into the ground at a moments notice.

In the end, these are minor niggles, and given just how good this game is, they can be forgiven. It’s not often that a game lives up to it’s hype but this is the real deal; you won’t regret snapping up a copy to get in on the action. If you hear a funny noise in the background that’ll be Ubisoft’s Assassin's Creed team. Sobbing.

10
Sometimes you CAN believe the hype!