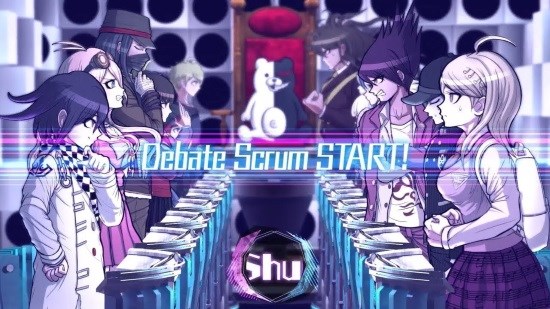 Danganronpa V3 is a bit of an old game by this point given that it came out almost a full year ago.  I only got around to playing it a few months ago and even then once I’d finished I really didn’t want to talk about it then and there till I’d had more of a chance to consider how I felt about the ending, not to mention the fact that no matter how carefully I step around things here - and I will try – some people might well cry spoiler. So Whilst, again, I will be careful and try not to spoil the game I will be discussing things that you may consider spoilers in a roundabout kind of way. So be warned.

This time around your amnesiac protagonist is Kaede Akamatsu, the ultimate pianist who wakes up inside a locker in the Ultimate Academy for Gifted Juveniles along with 15 fellow classmates. After a brief encounter with a giant robot she and her new companions are advised, as anyone familiar with the franchise might expect, that they cannot leave the school and they must now play a deadly killing game under the not so careful administration of Monokuma and his 5 robot ‘children’, the Monokubs. Thus begins yet another game of elaborate deaths, murders, over-the-top characters and barmy plot twists.

Things start off really well here; the graphics look as good as they’re ever going to on a game that was almost certainly developed as an upscale of the Vita version whilst retaining Danganronpa’s traditional aesthetic. The character designs are the usual range from weirdly simple to massively over designed and are all easily recognisable. The characters themselves are mostly a lot of fun too.  Whilst there are a few dead weights like the new ultimate detective Shuichi (forget him - Kyoko forever!) and ultimate robot K1-BO, you also get standouts like ultimate maid Kirumi Tojo and the ultimate inventor Miu (she’s so filthy it’s fantastic!).  Even better, whilst the various mini-games involved in the class trials are still pretty pointless they have managed to improve them and things are much more playable here than they were in Danganronpa 2, although the developers somewhat overestimated their appeal when they decided to include them all as playable arcade games as well….

The story moves along really nicely except for a twist in the opening case that’s not only incredibly dumb but rendered utterly pointless later on that provokes nothing but rage. The mystery starts getting really fun with more of a focus on the cast factioning off rather than uniting as they march towards their various deaths.  Until that is, you hit the final case. Whilst I have heard that some people really like the last case and the ending to Danganronpa V3. The ending is clearly a very Marmite sort of situation because frankly the whole thing was utter drivel. The twists in the final case appear to be nothing more than a colossal middle finger pointed skywards directed at the franchises entire fanbase. Rather than ending the game with a good laugh at how absurd it all is or perhaps some cool water-cooler moment that you can talk about for a while, the finale here is just insulting on every possible level calling to mind the worst kind of reset-button/it-was-all-a-dream endings that have ever ticked you off previously. For whatever reason it appears that Spike-Chunsoft have gotten fed-up with having a popular game franchise and decided to throw the baby out with the bathwater and invalidate the continuity of the whole franchise and alienate all their fans rather than risk having to make a fourth main-entry game down the road.

Without going into full on spoiler-mode nothing more can really be said but it certainly makes all the franchises other annoyances start to stand out over its positive moments. From the games refusal to let you leave rooms without clicking on something that's either not obvious or needs to be unnessesarily clicked on multiple times to the agonising adventure game-style logic that's involved in the class trials where only one answer and statement go together despite there being multiple different combinations that would clearly reach the same conclusion. Also, whilst there was clearly no way that Nobuyo Oyama could return to play Monokuma again due to unfortunate health issues, the new voice actor really wasn’t the best choice as the difference is really noticeable and it might well have been a better choice to either just reuse sound files from the older games or to find someone with a new and unique take on the character.