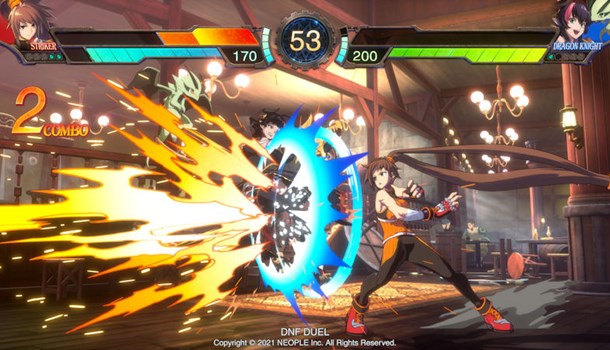 I can't remember the last time I played a bad fighting game - it seems that the genre has reached something on an apex of late, with every Samurai Warriors, Street Fighter, Guilty Gear or Mortal Kombat providing its own style of competent pugilism. Some of this is down to the studios that seem to be taking over the genre, turning IP from other sources, such as Granblue Fantasy, into excellent and stylistically stunning games. And DNF Fighters is no different.

Taking the world of Dungeon Fighters Online (commonly referred to as DFO), itself an action heavy RPG title, and creating a beautiful beat-em-up from the assets seems to come as second nature to Arc System Works (Blazblue, Guilty Gear), who in this round have been aided by Eighting and Neople. The result is an anime-style fighting tour-de-force, with 16 characters to choose from in a bid to reopen the magical gates that once connected all the realms. 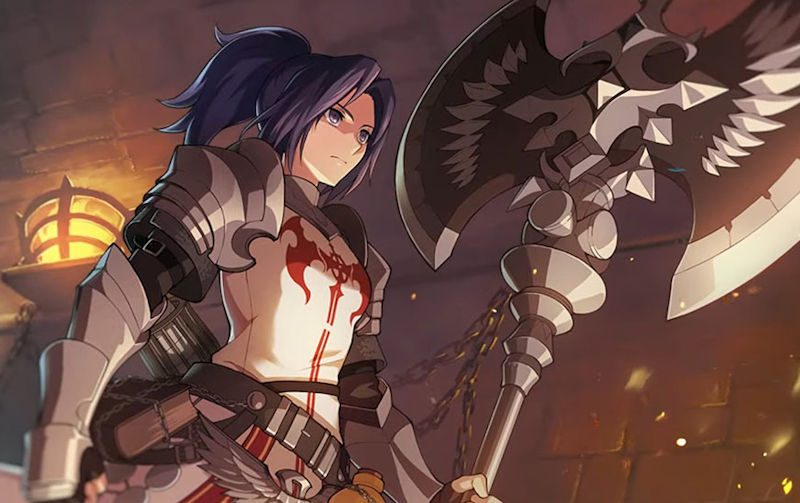 The cast on offer could generously be referred to as generic, and at first I was slightly taken aback by just how on-the-nose the names were - Striker, Grappler, Kunoichi, Enchantress and so on, there's not much imagination with names here. Designs are attractive and well-realised, but again look pretty familiar, with gothic lolitas, knights, cowboys, dragon-ladies and so forth making for a pretty straightforward (and self-explanatory) set of characters to pick from. However, once you get over this, the actual roster is very well balanced, with some specialising in range attacks, close quarters combat, pressure fighters and magic (specials) heavy pugilists. There's pretty much someone for every style of play, and the in-game tutorial does great work in explaining the mechanics.

The game splits attack into weak, medium, special and magic special (or W, M, S, and MS). It's designed to make combos pretty easy to string together - working through your attacks in that order will generally chain attacks in a way that'll do some decent damage, but one aspect that really struck me was the way in which damage is handled. You have red and white damage, with the latter being recoverable as the bout goes on, that is unless you can hit your opponent with a magical attack to turn that white damage red and make it a permanent loss. If you take white damage, you can also convert this to magical energy at the cost of turning it red and losing the health permanently. It's a great little extra layer to the combat that works remarkably well.

Other meters include the aforementioned magic meter, which fills up as you attack, but can be "overspent" at the cost of extra recharging time. You also have a guard meter that can be smashed if you spend too much time blocking, at which point you can be pummeled remorselessly. Should your health fall below 30%, you'll have the ability to pull off a super-special move and try to rebalance the match. 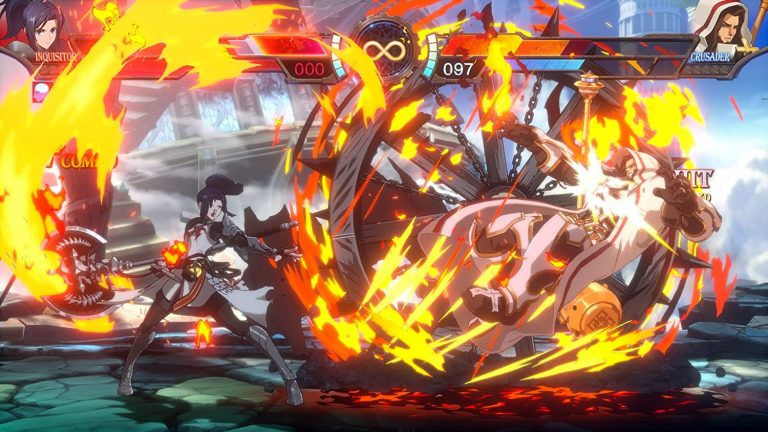 Magic can be used freely, but beware taking your meter to zero, it can leave you vulnerable to brutal takedowns if timed poorly.

Taken together, the mechanics of the game are very sound, and make for an accessible game with enough depth to keep veterans happy. For your average gamer, this is going to be a very enjoyable game.

For your fighting purist, things are a little different.

You see, one of the main changes to the fighting game world in the last decade or so has been the birth of tournaments - I've been fortunate enough to witness live events in Tokyo, and they are surprisingly enthusiastic affairs, where players who have mastered - and I mean really mastered - each featured game down to the pixel come together to kick serious ass. For these people, DNF Fighters has more visible flaws.

To start with, the game has a few odd balance issues - it's not that one fighter is necessarily inherently better than others (though Crusader is pretty damn unstoppable) but that each character can be exploited in such a way that matches might seem unfair. The ability to do infinite combos, a real no-no in fighting games, are possible here. And because they don't require much skill to pull off thanks to the ease of the controls, it can make matches laughably uneven. However, because every character can exploit these muddy mechanics, it makes it more fun and unpredictable - just not the technical fighter top-tier players may be looking for. 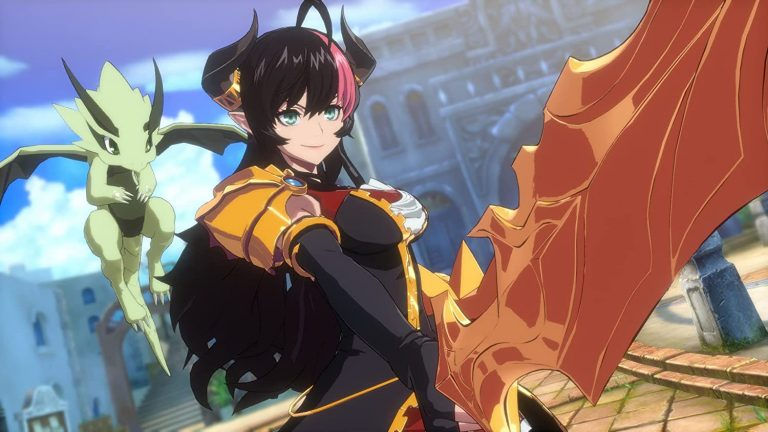 Characters are stereotypes, but attractive and imaginative enough to get away with it!

For me, as someone who is aware of the levels of skill that can be employed in fighters but rarely uses them (SF2 Turbo was my heyday) DNF is a really fun beat-em-up with a charming story mode, alluring characters and a lot of fun gameplay. Purists may sniff at the lack of nuance, but this is more of a "for the people" game with an emphasis firmly on fun, which it duly delivers in spades. I'm genuinely excited to see if the game warrants a sequel, and how many more of the 60 character classes from the original MMORPG might be employed to augment the mere 16 we have here. As ever, there's lots of scope for improvement, perhaps a refinement of the battle mechanics to satisfy the tournament set, but the base game is a solid start and well worth a waggle of your joystick.

8
A solid roster with plenty of depth, accessible but deep mechanics and a level of polish that make it a joy to play and watch.