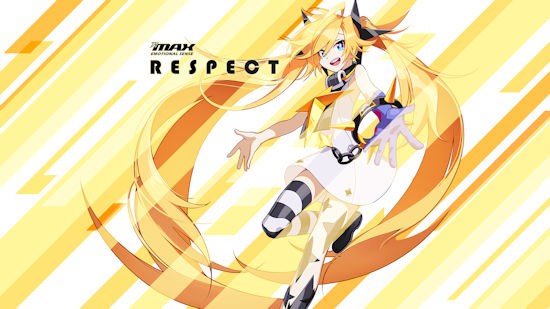 It’s hard to think that it’s been well over five years since the last proper (and by proper I mean a full console version) release of the DJ Max series. I covered DJ Max Technica Tune, which released onto the PSVita back in 2012 and while it was a fun game, it was a significant deviation from the DJ Max Portable series which originated on the PSP. I found DJ Max Technica Tune to be cumbersome and difficult to control as the touchscreen was too small. The series continued to use touch controls on the Iphone and Android games, but it just wasn’t the same.

However, the game is back, and this time it is on the PS4 for full-on haptic rhythm gaming, only this time, Neowin have decided to bring with them the entire back catalogue of songs.

DJ Max Portable, Technica and Ray may be dead, but it’s time to give these old games some Respect!

To put this new version into perspective, if I had to compare it to a previous release, Repect is most similar to DJ Max Portable 2, except in full HD and 4K, surround sound and over 140 songs. In addition to this sizable roster of songs, Respect sticks to its four core gameplay modes with 4 Button / 5 Button / 6 Button and 8 Button, while shedding some of the “remix” changes brought forward in the DJ Max Portable 3 release. Many of the songs have been remixed and up-sampled, with updated animation videos and many of the key patterns have been revised to move us from the single joystick on the PSP, to the Dualshock 4. This has made quite a few songs significantly harder!

However, the controller being separate from the screen has significantly improved the gameplay as no longer do you have to crank your neck to enjoy the eclectic mix of k-pop, trance, hip hop, hardcore and pop music as you hurriedly smash your fingers into the buttons.

As with the other games in the series, DJ Max Respect has the four key gameplay areas;

The game tracks all of your scores and achievements and as you play more, you unlock more songs, skins, powerups and online profile tags but unfortunately, DJ Max is still the kind of game where you have to “Git Gud” before at least half of the content becomes available, but this is nothing new to the franchise. Given that I have been playing it since Portable 2 and Black Square, and I keep a PSP Go charged just to play these older games, there is still a huge quantity of content which I am just not good enough to unlock on these older games, at least not without resorting to save file hacking.

The change from the portable screen to the big screen has worked rather well in my opinion. I have noticed that the game doesn’t seem to suffer from other Bluetooth controller lag which affects other games like Superbeat Xonic and Project Diva. While the game offers some controller calibration, I found it to be spot on and this is using a sound bar system. The other games mentioned all required extensive calibration to remove the controller lag. When trying the game with the PSVita remote play, the game doesn’t work quite so flawlessly. So much for my idea of playing DJ Max Respect as a portable game again.

I have found some issues with the game in terms of the online play, basically there isn’t anyone out there. This may be in part due to issues with the server, launch issues, but I just don’t know. It works fine with the Japanese version, but not so much with the EU release.

DJ Max Respect is a worthy follow on from the highly successful franchise. Respect goes back to the core of the game and rebuilds it in high definition, improved controls which take full advantage of the Dualshock 4 controller. With a huge repertoire of original songs from its decade long history, the game offers hundreds of hours of entertainment thanks to its huge bank of unlockable items and achievements. This game is addictive, and it is designed to absorb you, and absorb you it does. You will want to get good at this game. You will want to spend hours in front of the screen enjoying the frantic and enjoyable songs, testing your limits with the different play styles and similarly, you will also swear at the screen as your thumbs lock up from playing too much!

8
DJ Max Respect is a worthy successor to the name and is truly one for the rhythm game fans out there.