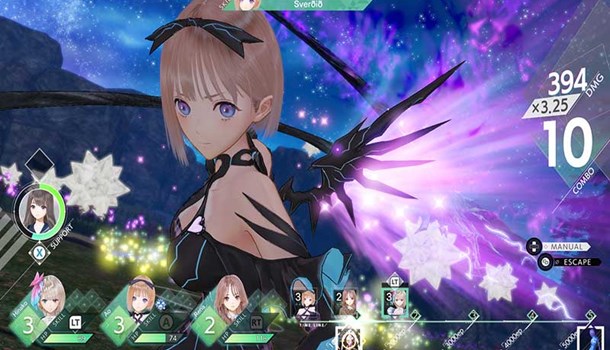 Blue Reflection: Second Light is the sequel to the PS4 RPG Blue Reflection, following a new protagonist and set of characters who find themselves stuck in a bizarre alternate reality closed off from the real world. Each girl awakens in an abandoned school having lost their memories. In this odd closed-off reality they discover a strange area known as "the Heartscape" which shows them their forgotten memories. As the game progresses, more girls enter this strange phenomena, which in turn opens up new areas to explore in response to a certain emotional trigger happening to one of the characters. The girls work together in order to learn more about themselves and improve the facilities at the school which acts as their base. Each hoping to reclaim their lost memories and find out what is happening in the world outside their protective, closed-off space.

The game begins in a rather confusing way, wherein the characters are living out their lives in an abandoned school and trying to piece together what is going on. This feels like a deliberate choice to get the player to empathise with the characters current predicament as they are also clueless and trying to piece together enough information to discover what is going on. This in turn sets the tone of the game. Things are rather sombre and melancholic, with the characters trying to piece together lost memories and figure out their next course of action. Each of the characters has their own mental and emotional trauma which has led each of them to this strange world. The game at first follows a rather predicable and linear pattern, with having each chapter and new area of the Heartscape focus on one of the girls in the game's cast. The player and the other characters find out more about who each person is, or better to say who they were before they lost their memories. We see glimpses of their childhood, as well as interactions that determined their character and motivations which  led to them being in the world along with the other cast members.

We learn about in character in turn, which provides a good way of giving all of them a back story. Tied into this aspect of learning about the characters is the opportunity to go on “dates” with each of them. This mainly involves the main heroine spending time with another of the girls doing a certain activity, visiting a facility that has just opened up within the school. Here the player can make dialogue choices which creates opportunities to learn more. The tangential reward from this is earning ability points which can be used to learn skills and abilities for each of the characters. After each date the player gets a memento which is equipped to each character like an accessory in order to provide various bonuses like increased health regain when using healing skills or more defence etc. So the game gives not just story reasons to invest your time in each character, but practical benefits too. 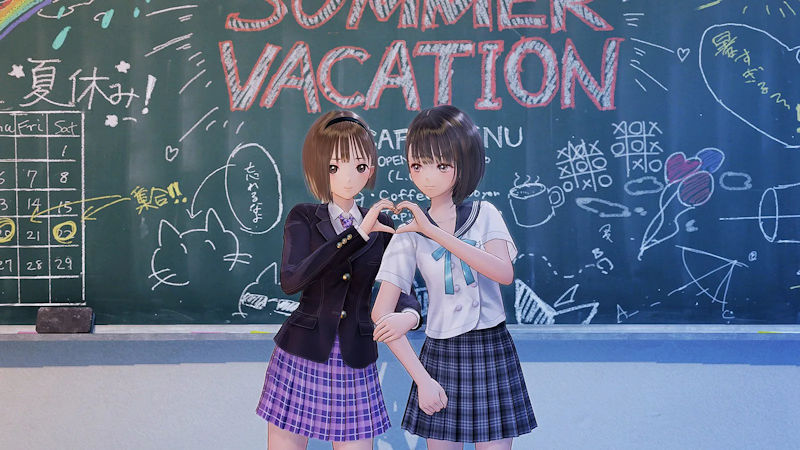 Getting to know your fellow classmates yields storyline and more practical benefits.

Alongside the relationships, the game has a number of side quests that each character issues. These range from hunting monsters, to finding a certain amount of items, to crafting etc. These break up the main story and give the player good bonuses for completing them. As mentioned earlier, crafting items is a side quest and is the main way to get items in the game. Blue Reflection does not have conventional shops like most RPG's, as they don't use currency - one example is a vending machine that takes special coins that can be found or crafted to use. The majority of items require crafting. As things progress and the roster of characters grow along with their skills. The quality of the items increases, offering various bonuses and benefits. Tied into all this is the school's facilities, which offer bonuses to characters and the party when constructed. These bonuses include increases to health, defence and attack. Some planning will be required, as these facilities will vary the benefits based on which facilities have been constructed and placed next to each other. This in turn leads to the player experimenting with what facilities to focus on developing and upgrading to suit their play style.

Speaking of; the game is a turn based RPG that has a team of three active characters and one support character. The game works on each move taking up Ether points and depending on the grid and actions used allows the player to use different moves. At first the player can only use ether points and skills on level 1. However, as the battle progresses they can charge to level 2 and level 3. Once a character hits level 3 they transform into their "Reflector" form, which provides stronger attacks, faster charging and a new outfit. The best strategy is to work on getting into this form as fast as possible. The game provides skills and upgrades in order to quicken turn order and time it takes to upgrade. I found focusing on these when upgrading made things go a lot smoother. 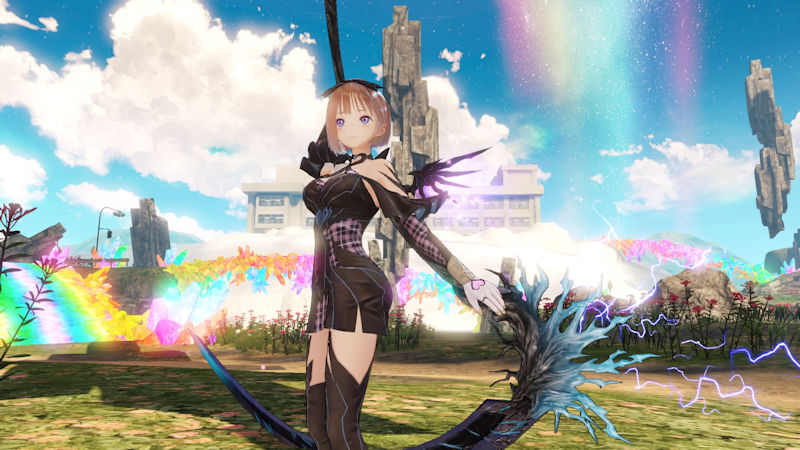 Once levelled up, the Reflector form grants greater power in battle.

The game also does a lot of interesting things with its battle mechanics. The game has enemies that are weak to certain attack types, and all characters level up even when not in combat. This allows you to play around with character matching without a fear of missing out on upgrades or leaving some characters behind. This is very useful considering each character has unique support abilities. The game also has a few times where the characters will fight one-on-one against an enemy - this leads into a mini-game style battle where the player can dodge attacks, parry and then unleashe a big finisher. These battles are rather fun and dynamic.

In terms of visuals the game has a rather unique and interesting style. The enemies have a rather alien yet demonic look to them. The worlds are both beautiful and disturbing with some incredible lighting effects and the characters all look unique, especially in their reflector forms. One of the criticisms I had with the previous game was its performance. It ran rather poorly when a lot of enemies appeared on screen. This game vastly improves that. Everything is smooth and it had no issues at all. It should be noted that the version being played is a PS4 disc version running on a PS5.

Overall; Blue Reflection Second light is a vast improvement over the original. The battle system is more refined. The game feels more polished and the story and characters have a mysterious aspect to them. The game still keeps the beautiful visuals and great music the first had. It is a rather unique RPG worth checking out.