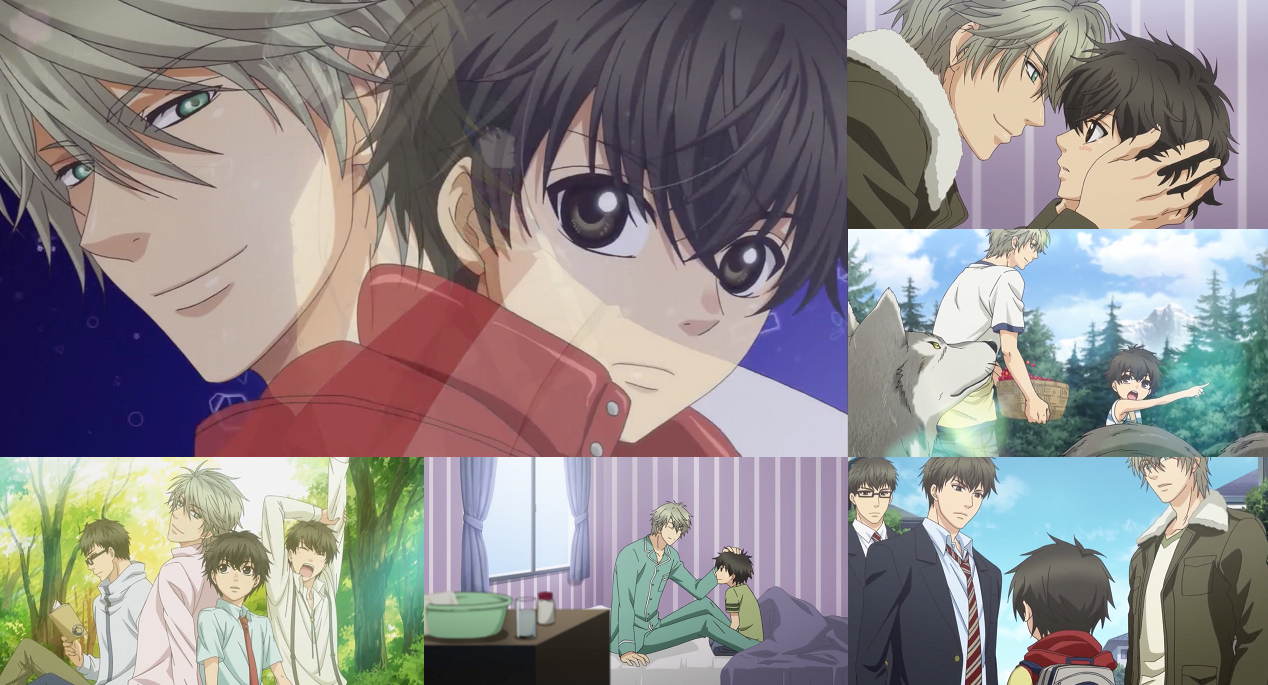 Chances are that if you’re reading this, you’re looking for an answer to the burning question of whether or not the main characters are brothers. They are - just not by blood. Whilst still somewhat controversial due to the age difference, rest assured this series isn’t quite as hugely inappropriate as it may seem. Now that we've got that out of the way, let’s take a closer look at the story.

Upon hearing his divorced mother is dying, student Haru Kaido rushes to her house in Canada, only to find out it was a lie to lure him there. Haru then finds out his mother has adopted Ren, a young boy with a mysterious past: found unconscious on the streets at six years old, the bewildered boy doesn't remember anything nor how he, Japanese, ended up in Canada. At first, Ren is hostile towards Haru and mainly hangs out with his adoptive mother's dogs, refusing to bathe or even sleep in the house. During his stay over summer, Haru manages to get Ren to warm up to him, getting him to bathe, eat healthily, and sleep in a bed – Haru's bed.

When summer is over and Haru returns to Tokyo, he promises Ren he can live with him in Tokyo once he’s older. A car accident, amnesia and five years later, Haru has forgotten about Ren. As the sole survivor that killed his father and stepmother in the car accident, Haru worked hard to fund the education of his other two stepbrothers who are now in college. That's right: as if one tale of brothers in love isn't enough, there are two other brothers (twins nonetheless) to further fuel the unorthodox plot. Despite Haru not remembering Ren, he does take the boy in when Ren suddenly shows up to take Haru up on the promise he made five years ago: to live with him in Tokyo.

Haru works at a host club. Because of his distinctive looks due to having Canadian blood, Haru is a popular host - perhaps even a bit too popular. After one of Haru's regular customers becomes obsessed she attacks Ren, who then unexpectedly returns to his adoptive mother in Canada because he doesn't want to cause Haru any more trouble. He says goodbye to Haru on the phone, telling him he likes him, yet he must go. Whilst in Canada Haru suddenly appears, revealing he followed the young boy there because 'sleeping alone is just too cold'.

This copious amount of dramatic events is just from the first three episodes, paving the way for a lot more to come. Riddled with arguably uncomfortable scenes of Haru coming on too strong for Ren, it is obvious the two develop a special bond from the first episode. By skipping the initial, often overly stretched beating-around-the-bush, this allows the story to immediately move into intriguing territory. Undoubtedly, Haru’s twin brothers will complicate the obvious growing love between Haru and Ren one way or the other, especially since one of the twins expresses his wish for all four of them to one day live together. Add in obsessive host club fans, Rens’ mysterious past, Haru’s mother also seemingly having some secrets of her own and the often far fetched life choices of all characters throughout only the first three episodes, and it becomes clear this series goes all-out on the drama front. With a name like Super Lovers, that is not entirely surprising. Whilst brother-on-brother (even when step-brothers) may initially scare a lot of people off, Super Lovers succeeds in keeping viewers entertained, likely because it isn't pretending to be anything else but a hugely dramatic boy-on-boy love story and instead fully exploiting it.

As for the art style, most characters are depicted realistically, with the main male characters standing out with their looks. Beautiful boys are of course very fitting for the theme of Super Lovers, yet overall none of the characters feel too unrealistic. The setting, especially when in Canada, is also a pleasure to view. There are scenes of cuddling, bathing and even a few kisses on the mouth, but no nudity or sexual scenes in the series – at least not so far.

With Rens’ past still shrouded in mystery and the perspective of all four stepbrothers one day living together, Super Lovers seems promising to those looking to shamelessly indulge in a story about boys loving boys.

You can currently watch Super Lovers in streaming form on Crunchyroll.

7
A tale of unbrotherly love.
COMMENT AND DISCUSS
blog comments powered by Disqus