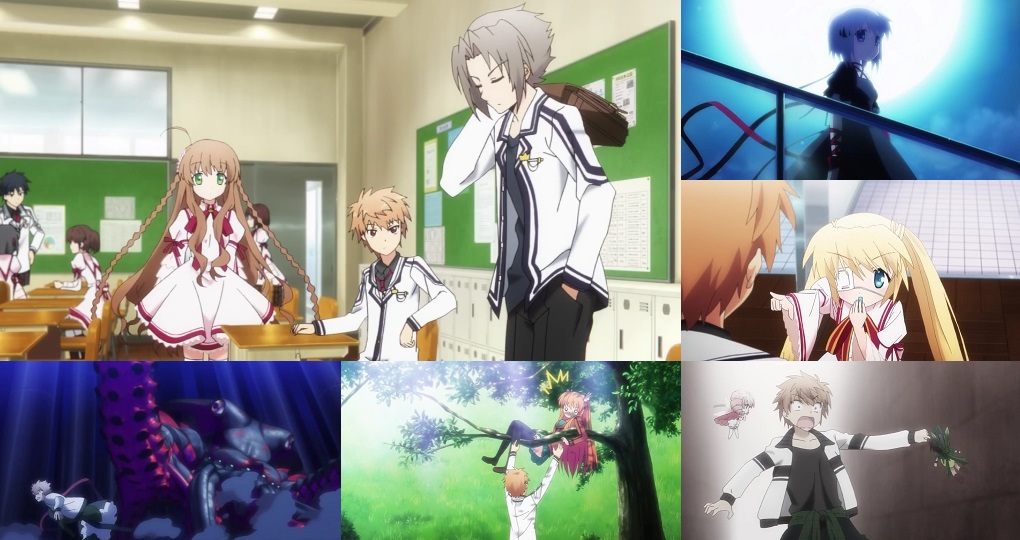 Rewrite is based on a visual novel by renowned developer Key. With critically acclaimed titles such as Air and Clannad, Key’s ninth instalment proved to be another success story, topping Japanese charts for best-selling PC game in 2011. The visual novel developer isn't a stranger to anime adaptations – several of their works have made it to TV and did so rather well, with Clannad again serving as a leading example.

The visual novel Rewrite tells the story of Kotarou Tennouji, a high school student with superhuman abilities to 'rewrite' any part of his body, thus boosting his strength or speed. Set in the fictional Japanese city of Kazamatsuri, a city largely overgrown with trees and vegetation, a war is waging between environmental conversation group and those opposing them. Whilst the plot sounds very promising for an anime adaptation, the execution is unfortunately significantly poorer.

Plagued by strange dreams of a mysterious white-haired ghost girl, Kotarou sets out to find a rumoured witch at his high school. After a highly confusing scene involving a giant squid and blood-sucking fairies, Kotarou stumbles upon the Occult Research Club, lead by supposed witch Akane Senri. However, Akane seems to be less than interested in the occult, instead just wanting to play video games in the desolate clubroom. With the promise of Akane letting him touch her breasts, Kotarou is adamant on proving the supernatural exists. Kotarou recruits four other girls to join the club, none of whom particular standing out. Surrounded by five frivolous females, it is clear love triangles will soon sprout. Add some predictable slapstick humour surrounding breast size and other fan service, any expectations to be had from the series are quickly diminished.

The first episode of Rewrite clocks in at 45 minutes, which one may expect would be enough time to lay out the basics for the major plotline. Instead, viewers are provided with an exceedingly confusing mess. Seemingly trying to cram in as many themes as possible whilst avoiding any of the major plot, the first episode leaves no good impressions. Likely, the anime is aimed at those who are familiar with the visual novel. Viewers with no previous knowledge of Rewrite whatsoever may easily be put off by the chaotic and disorderly first episode.

Another disappointing aspect of the series is the art – not so much the characters who, with gravity-defying hairstyles and donned in cute outfits, are charming. Rather, it’s the clunky CGI that is substandard, especially considering the studio that it hails from has previously been responsible for (and thus capable of) far better work.

As music plays an important role in visual novels, developer Key has its own in-house record label. The music in Rewrite consists of remixes of the music used in the visual novel, therefore proving to be pleasurable to listen to, albeit sometimes not very befitting the accompanying scene.

So far, the anticipated anime adaptation of this popular visual novel has been a disappointing experience. Perhaps the series picks up once the main plot starts to shine through and the breast jokes dwindle down and the flat characters (no pun intended) get some more depth. Hopefully the series caters more to existing fans, because Rewrite will not likely attract a new audience as it stands now.

You can currently watch Rewrite in streaming form on Crunchyroll.

5
What needs rewriting most is the script.
COMMENT AND DISCUSS
blog comments powered by Disqus