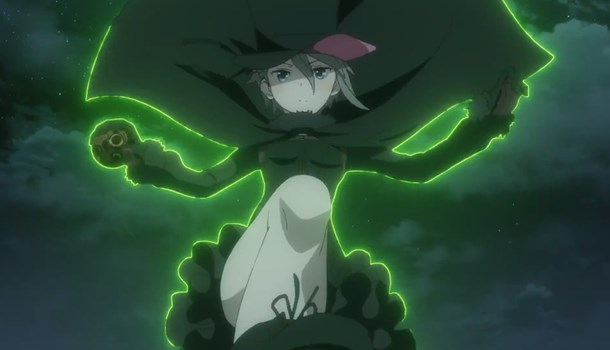 Though I have a spot for Victoriana so soft you could imagine I’d spent years being tenderised by, well, a metal meat tenderiser, I never quite got fully into Princess Principal. A lovely looking series and with a soundtrack by Yuki Kajiura, it had everything going for it but it never quite came off for me. But given the chance to take a look at the first of six, count ‘em six, films animated by Actas, why not dip my so very sensitive toe back into the Princess Principal world?

In the world of Princess Principal, the Kingdom of Albion has split into the Kingdom and the Commonwealth with a great big wall and even bigger wall of spies. We begin with our team of  teenage spies rescuing a bookseller who has been locked up as a potential spy by the Kingdom, under the watchful eye of the Duke of Normandy. But worse, the Grand Chamberlain in the royal household may be a spy and our intrepid teenage spies, including Princess Charlotte, who wishes to reunify the nation, may themselves have been discovered.

My synopsis, frankly, is cobbled together from both the series itself and the first film, because the first problem with the film is that though it starts with a quick recap history of Albion it doesn’t cover the events of the series so if, like me, your memory is sketchy, you would do well to read up a bit, as it starts off as a real headscratcher: just what the bloody hell is going on? At first that’s fine as the sequence where the bookseller is extracted from the prison is elegantly animated and includes a chase with our protagonists escaping on an omnibus. What’s not to love? Omnibuses people, if you don’t love one of those you clearly need therapy.

Then the story really gets into espionage mode - with the princess, Charlotte, Ange who can appear as if she is Charlotte, Charlotte's nervy maid Beatrice, boozy Dorothy and also Japanese exchange study (why not?) Chise playing the great game of spies with the Grand Chamberlain. More often than not I was asking myself quite what was going on, in part because how Charlotte is often Ange in disguise but done so that where it probably wants to be twisty and clever it is instead just convoluted and left me questioning who was who.  I got my brain into a right tangle, because these acts of trickery require a light and sophisticated touch, something sorely missing here.  Worse still, this distracted me from the story.

Sad to say then that the quality of the action far outweighs that of the story. I have no problem with story over action - arguably I prefer it - but much of the threat and peril to our plucky band just seems something they tell us: we're in trouble, we've been found out, yet you never really sense that they are in dreadful peril in any meaningful way. Add to this the fact that the story we are given seems to be just a small part of a bigger story – obviously as this is one of six films – but it feels quite insubstantial. Again, this is not surprising as the film is 54 minutes long, including credits, so a couple of series episodes, or say just slightly longer than the opening episode of The Rising of the Shield Hero. Though the story that unfolds, and is bookended with action, has a definite beginning and end, it is lacking a sense of that wider narrative, even though you know this is only a small piece of a larger story.

The lack of context and my memory of just who each character was really worked against the film in the worst possible way. You really need to be coming to it fresh from the series, as it makes so few concessions to people who aren't deeply into the lore. Arguably this is often the case with anime films made from series (Ross' recent Free! The Final Stroke review makes this same point) but if you go back to Madoka it fixes this by the first two being recap films (not as good as the series, admittedly) and then going in for the kill with a superb final, entirely new entry that nails the darkness of the series and gives us a deliciously disturbing ending. Here, instead, we have a small smidgen of something bigger without quite knowing what that is.

Here though I have only what the first film presents. It is most certainly slickly animated but narratively anaemic; and Kajiura’s score is pushed somewhat in the background, which takes me to the sound. This is definitely a cinema film because played through 2.1 speakers it ranges from quiet (needing to really rachet up the volume just for the dialogue) to absolutely booming during the action sequences, subsequently the sound levels drove me mad (and my neighbours too, probably). It may seem a small niggle, but it was frustrating as I love much of Kajiura’s work and here it seems squandered.

It’s hard not to see Princess Principal: Crown Handler Chapter 1 as a reasonably decent 54 minutes for the average viewer, but a film that is most likely for lovers of the series above all else. Coming in cold or with the haziest of hazy memories of the series is definitely not recommended. Those after action will get brief and excitingly staged sequences, but for those looking for more than that, it's not on offer here.

Whether it is genuinely a good film or not I suspect will remain to be seen, because without the context of the remaining five, it’s hard to know. Taken on its own merits, it’s OK at best but might be the quiet introduction to something much, much deeper. I truly hope it is, but that remains to be seen. After all, I’m tenderised by the Victoriana metal hammer and I want to love Princess Principal, I want to be a convert. So please, remaining episodes, convert me. I suspect it’s an uphill battle but one our protagonists would relish. 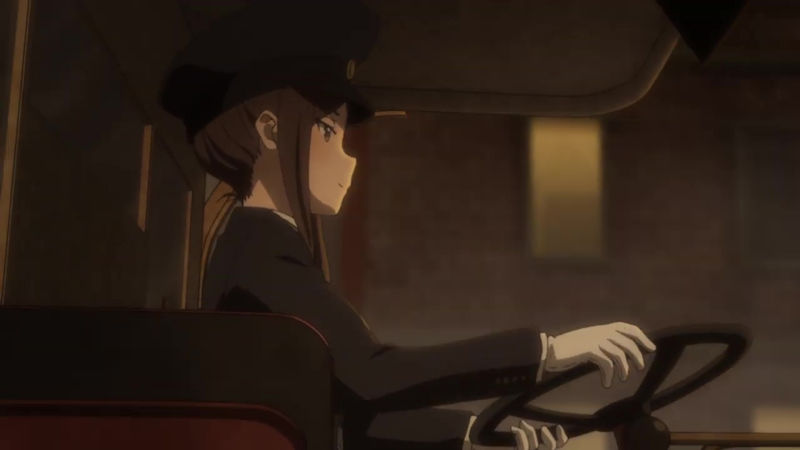