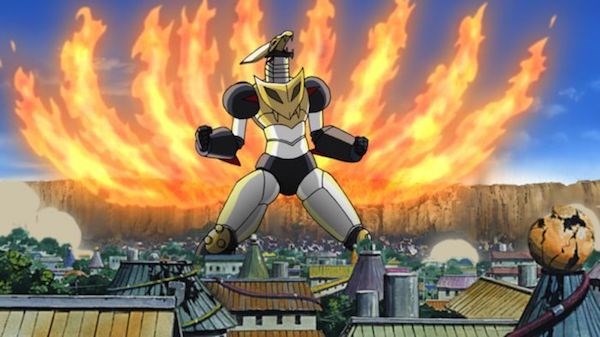 Naruto Shippuden Box Set 30… I’ll say that again Naruto Shippuden Box Set 30… Has it really been so long? Yes it has! Naruto Shippuden first hit our shelves back in 2010 and I have been handling UK Anime Network's reviews for around half of that time. Naruto is no longer the rambunctious little orange jump-suited ninja of his youth, he has grown into a powerhouse to rival some of the greatest ninja of all time. But has the series grown with him? Well, not really. It has been four years since the Akatsuki gatecrashed the Five Kage Summit and kicked off the events which lead directly to the Fourth Great Ninja War. It has been ten box sets since that war began in earnest. In that time there have been a few deaths, a few close calls, a few spectacular battles, but very little in the way of story progression and an awful lot of filler.

That said, the last set has things ticking along nicely. Providing some interesting background on the early days of the ninja world, and seeing Naruto and co. battling for the very survival of that world as they know it. As this set kicks off Kakashi is in a pitched battle with his old friend, turned nemesis, Obito Uchiha. And the allied forces, spearheaded by Naruto, face-off against the ten tails and legendary ninja Madara Uchiha.

However, just as that set-up is promising to pay off in a big way, the series takes a massive detour into two filler episodes. This pair of episodes are are played almost entirely for laughs. Though while comedy is clearly the intent in these episodes, there’s not much here to make you laugh. We skip back in time to find Naruto and friends facing one of Orochimaru’s supposedly deadly creations: Mecha Naruto. There is nothing of any substance to be found in these episodes, and as already implied the attempts at comedy largely fall flat. Perhaps the most interesting thing about these episodes is that Mecha Naruto originates from the game Naruto Shippuden: Ultimate Ninja Storm Revolution. That such a piece of trivia is the most interesting thing about this pair of episodes should tell you all you need to know. Really these episodes are little more than an annoying detour from the main thrust of this set, there simply to pad out the run-time, and you’d miss nothing if you skipped them entirely.

Once we get back to the matter at hand things begin to really heat up. Or they would have, if it weren't for all the flashbacks. Perhaps if much of this series were not already made up of filler the indulgence of so many long flashbacks would be more tolerable, or perhaps even provide a nice nostalgia trip. As it stands they simply frustrate the viewing experience and get in the way of your enjoyment of a series which should be reaching it's pinnacle.

Thankfully when the action does come it really hits the spot, with spectacular battles and even some intriguing strategies coming into play. It's difficult to delve too far into the details without hitting spoilers, but rest assured this is where Naruto is at its absolute best. Taken as a whole the good in this set outweighs the bad, but it does rather ram home that Naruto is screaming out for a Dragon Ball Kai style remake... Maybe one day.

7
Spectacular action marred by a lack of progression and yet more filler episodes.
LATEST REVIEWS