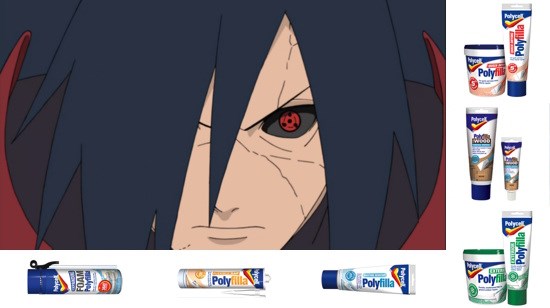 First things first, we won’t be commenting on any audio, visual or extra features of this release as our review discs were quite broken. We are assured that these problems are all being fixed for the final retail release, so with that in mind we feel it only fair to limit this review to the main content of the release.

Another Naruto Shippuden Box Set means another thirteen episodes of everyone’s favourite spiky haired ninja, and thus another batch of eposodes spent wondering if the next episode will progress the story or spew out more of the dire filler which has plagued Naruto Shippuden releases of late. On that note, we have some very bad news…

The set opens with a continuation of the previous set’s final filler arc, which sees Naruto and company continuing their attempts to rescue Lord Shu from captivity. I had actually forgotten all about this episode until I came to look back on my notes to write this review, so make of that what you will.

Following on from this is a prelude to the movie Naruto: Road to Ninja, which is for the most part light hearted and harmless. This is more in the spirit of some older Naruto tales, if perhaps a little lacking in execution. However, it takes a much darker turn as it steers towards the movie tie-in, which means you will need to see the movie to make much sense of this episode.

We are then taken back to the war and a battle against a reanimated Great Master Chen, a long dead leaf village shinobi and taijustu master. This follows a very familiar pattern for viewers of recent Naruto Shippuden releases, whereby filler battles are framed with flashbacks to one or more  of our hero’s pasts . This is done in an attempt to add some gravitas to previously unknown characters and tie anime-only content into the main story. In this case Rock Lee is the conduit through which we are introduced to Master Chen. This technique largely falls flat as the time devoted to each new character is never enough to get to know them in any meaningful way, meaning the characters are at best one-dimensional.

Next up is a short story spanning three episodes about a previously unknown character named Yota. This story sees Naruto canon being messed around with in potentially interesting, but ultimately very disappointing, ways before a magic reset button is hit to put everything back the way it was. This highlights the main problem with Naruto filler, that nothing can change which effects the main story, so everything is at best predictable and more often than not comes across as somewhat trite.

This problem haunts the next episode of the set too, which sees Kabuto running low of reanimated shinobi and turning to his B-Team, made up of predominantly useless ninja accidentally dug up (literally) during his search for the much more powerful shinobi utilised in the main story. There are attempts to make this lacklustre force seem relevant through some tenuous links to ninja in the Allied Shinobi Force, however due to some truly awful writing these are more cringeworthy than meaningful connections.

The next episode follows Shino, an often overlooked character and explores some of his past with Torune. Unfortunately this arc again feels bolted-on and really suffers for poor writing, failing to deliver any meaningful detail about an otherwise potentially interesting and under-explored character.

Then the series’ focus turns back on Killer Bee, who faces off against the former eight tails jinchuiki. This may well be one of the most poorly contrived battles in a series where poorly contrived filler arcs are the norm. Falling back on the now familiar Naruto narrative device of presenting events from the past which the protagonists have mysteriously forgotten, the writers invent a way to give the the former eight tails jinchuiki the power of the eight tails to make for a more interesting battle. However, even taking the terrible writing aside, the battle itself is poorly executed and, frankly, boring.

Finally as the filler nears it’s end as we turn our gaze to Omoi and some young cloud ninja of the “Thundercloud” unit. The premise of focusing on the repercussions of sending kids to war is a potentially interesting one, which is criminally under-explored here. Instead this arc concentrates on Omoi’s attempts to recuse the unit from the perils of a White Zetsu attack.

Eventually the filler draws to a close and we get back to the main story as Madara Uchiha joins the fray, whereupon he makes an immediate and spectacular impact. The finale of this set is light years ahead of the rest; the gap in quality would almost be laughable if you had not had to sit through so much tripe in order to get here. This is exactly what Naruto should be at this point in it’s lifecycle - action-packed and tense battles against seemingly insurmountable odds, but the journey through the box set to get to that point is at best excruciating.

Most of this set is extremely difficult to recommend; in fact it is best avoided. However, once it does finally get going the finale is absolutely unmissable. The Madara battle is Naruto done right and represents one of the high points of the series to date. That all makes this set very difficult to score, as it is 90% dross. However, that final 10% is pure gold.