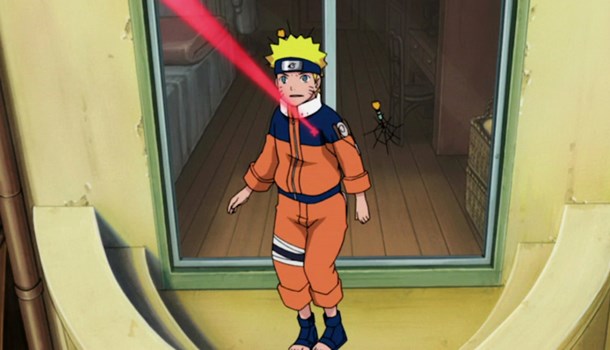 The first episode of this volume kicks off with the final episode of the mission in the Star Village as Naruto, Tenten, Neji, and Rock Lee try to defeat Akahoshi and recover the star. Following that, we get a selection of one-shot episodes following Naruto and the crew, and one last story arc in the Land of Greens.

What can be said about Naruto that hasn’t already been said quite a few times already? The series is currently following the original anime stories that were not in the manga. This of course brings us two issues. One, that the stories have no overall bearing on the actual main arcs - While we do explore some of the side characters in some more detail, nothing that happens will ultimately affect the world as a whole. The entire status quo is restored and everything learned is bypassed or just completely ignored. It’s disheartening at the best of times.

To be fair though, some of the stories are a little stronger than they have been in the past, especially the one with Kibu and Akamaru and the bond the two share. Unfortunately one of the few stories that could have promise is restricted to one episode, whereas story arcs that drag on for no reason go on for three episodes. This latest collection of episodes is incredibly hit and miss, more so with the misses.

With the absence of any real story progress and the seemingly complete devotion to the title character and the other main characters of Sakura, Sasuke and Kakashi, the plot lines of Naruto just seem to go round and round in circles until it becomes a frustrating state of affairs. No doubt the Naruto fans have already set their sights and bought this latest collection of Naruto, but with Naruto Shippuden confirmed to start at the end of Series 9, it’s only a matter of time.