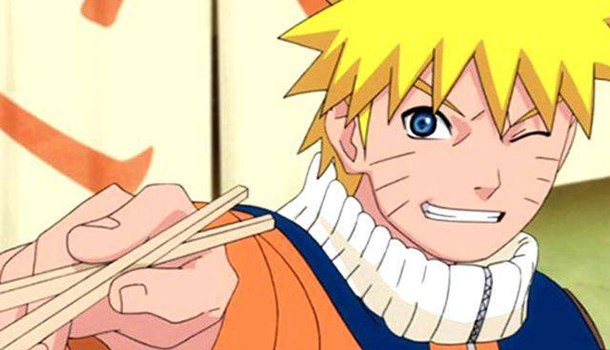 It’s more Naruto. It’s more fights, it’s more of everything. There. I’m done. If I could wrap up Naruto reviews this way, I would be such a happy person. But alas no. We’re 10 volumes into Naruto and after the Leaf Village attack story arc, Naruto has seen a fair share of ups and downs. If you’re hankering for more, then more is what you’re going to get.

Continuing on from the first part of series 5, Sasuke (now even more emo) has allowed himself to be captured by the Sound Four and is currently being carted off back to Orochimaru. Not content to let this happen, Naruto, Shikamaru, Choji, Kiba, and Neji are in hot pursuit on a mission to bring Sasuke back.

So after the slow pacing of the last set of discs, which was mainly setting up the fights, it’s now up to the remaining characters to slug it out in a huge battle royale. At least that is what you would hope. But no, everyone gets paired off and split up, a new character is thrown into the mix and now we have three separate fights going on at once. It’s chaotic to say the very least.

The cracks that had only just appeared in the last couple of volumes are now starting to get wider as the series pulls every trick out of the book to extend episodes. We get overly long montages, repeated flash-backs of past events and most episodes have to begin with a 5 – 7 minute recap of what happened previously. The TV origins of the series are shining through so brightly it could almost burn out your retinas.

At this point it could be very easy to start getting negative. It suffers some horrendous flaws in pacing - every major incident takes forever to arrive, and when things do get resolved, it's all over so fast and sporadically that you can't take it in. As ever, fans will enjoy the ongoing struggle with characters they've come to love, but it all still feels like you're being led down an artificial path that was constructed to make you hang around much longer than you really needed to.

On the technical side of things, the DVDs have stayed pretty consistent after the ropey start from series 1. The video and audio quality are the usual standard fans have come to expect from the releases and the big issues that series 1 had with subtitles are still well and don't rear their ugly heads here at all.

Everything is coming to a head now and as the manga storyline is starting to close off, the filler period looms large, and that really will need to be strong to survive the next few releases. Fans may be appeased, but casual viewers may now start to switch off, and personally I can't blame them.

6
Naruto fans will eat it up. Others will see the cracks getting wider
LATEST REVIEWS