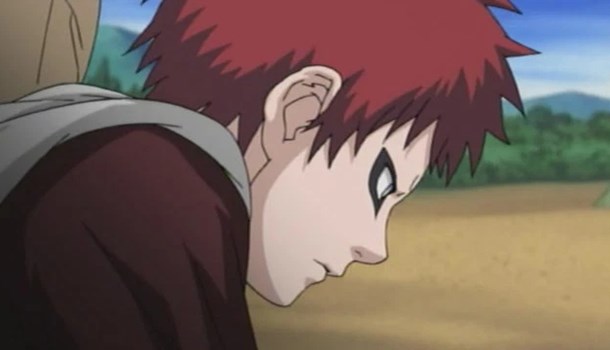 If you enjoyed the batch of filler tacked onto the end of the last set of Naruto discs, then congrats, there are two more episodes to watch before the storyline kicks back in. If you despised the filler with the burning hatred of a thousand suns, then congrats you can skip the first two episodes and actually watch the storyline. Just don’t expect a whole lot of progression.

The first two episodes are just the filler finishing up. Something about running, stairs and something else. You’ll more than likely glaze over the episodes as much as I did. However, from there onward we have the far more interesting storyline were Naruto and Sasuke’s rivalry goes up another notch, while Orochimaru makes his play for his favourite new toy.

So let’s get out the Naruto tick sheet once again to make sure that this set of discs meets the usual fox boy standard. Long boring “my life is hard” speeches from at least two people? Check. Screaming names at each other? Check. Elongated fight scenes were the same scene is repeated three times at the end of the episode, at the start of the next episode and then 5 minutes after the beginning of said episode? Check. Sasuke being broody, angry and generally emo? Triple check. Hell, this time Sasuke has upped the emo stakes to extraordinary heights as he goes a little Darth Vader on us.

This set of discs does what Naruto does best, in fact in some cases it does it better than some of the previous arcs. While in the Tsunade arc the action went constantly up and down, this latest one really kicks into gear towards the end of this set. The action seems to have been kicked up a notch, as fights become more interesting and somewhat less predictable.

So far series 5 is a big improvement over the last series. Sakura is still as useless as ever and there's no sign that this is going to change anytime soon. The series also makes a few mis-steps with some oddly misplaced “artsy” moments. It tries it’s best to inject some additional emotioninto scenes, but these just come across as overly cheesy and unnecessary.

Series 5 is an improvement over the last series, even if you do feel the need to reach into the TV and slap Sakura in a bid to shut her up and stop her crying at the drop of a hat. It’s more Naruto for the fans, and the extra time given to explore the secondary characters is most welcome. If you felt disillusioned from the last series, this will surely give you a little faith back.

7
A better start to a series, we’ll just have to hope it keeps the pace going.
LATEST REVIEWS