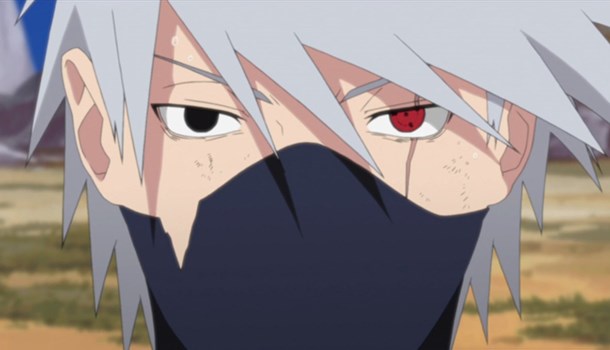 The end of the Chunin Exam has finally arrived. The last battles are being fought and we get to see some of the older cast really shine, as well as witness some serious series changing moments of change. It’s taken awhile to get to this point, but at least it arrives with a bang.

The start of the 4th series of Naruto really doesn’t waste any time either. As soon as the previous story arc is over, we fly head-long into a new one. This time around we get some more insight into Sasuke’s one-minded goal and finally get to meet the source of all of his angst.

What is actually refreshing about this volume is that there is a whole lot of new stuff happening. New characters, new situations and for the first half of the DVD quite a lot of action to boot. While the Chunin Exam arc was action-packed, it did drag in places, so it’s a nice to have a new story event move so quickly. Well for the most part anyway.

While the plot in the first half of the DVD does tick over nicely, the second half of the DVD shifts down into a lower gear and can at times feel like it’s come to a screeching halt. As usual, it’s the training sequences that slow things down. While it can be argued that this time it is actually quite relevant to the plot, it still feels like things should be moving more swiftly.

What is nice to see are the seeds for future plotlines being planted, along with the current story. So once again, patience will pay-off and hopefully more quickly than with previous volumes. Oh… and a plus for this reviewer is a distinct lack of our resident, completely useless one girl cheer squad and constant damsel in distress Sakura. Yeah, Sasuke is still captain of the good ship emo, but at least we see why that happened, as well as seeing his more vulnerable and slightly unstable side.

As usual the Naruto faithful will eat this up and will explode with glee at the prospect of a whole bunch of new stuff. For the rest of us, the action in the first half will keep us interested, but we wouldn’t blame you for skipping a couple of the more slower episodes later on.