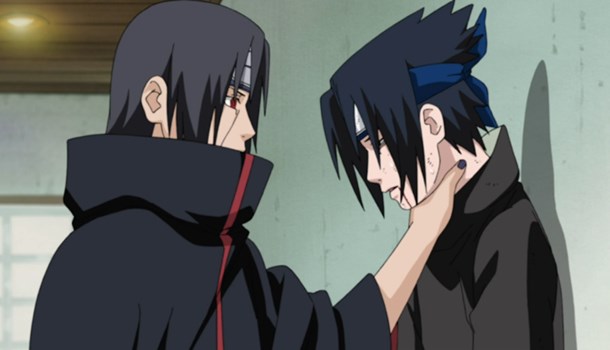 Here we are at the end of another Naruto series and it finishes with quite a bang. Continuing the Chunin Exam, the final battle has started with all the players now in place. To give too much away at this point would be an extreme disservice to the legions of Naruto fans out there. But be sure that the build up over the last few volumes finally comes to a head.

Considering the slow start of the last volume, it’s a nice change of pace to go straight into the action. But then this is where many of the series limitations start to rear their heads. The problem with a series based upon ongoing manga is that the series can quickly catch up and before long it runs out of story. This means that the series has to create filler that has no real impact on the overall arc, and extended scenes from the original manga which take forever to go anywhere. Up until now it hasn’t been so bad, but with this volume the anime clearly wrings every drop of airtime it can from the most simple scenes imaginable.

It can be argued with the sheer number of different events happening on scene, its only nature that certain aspects will take longer. While that is all well and good, in the early episodes of the series we see constant character face offs, close ups, panning scenes and the all time favourite of talking at great length when in the middle of a battle. It is enough just to make you scream “JUST GET ON WITH IT!”

Unfortunately when the series does start to kick itself into gear, we're left with a deeply uneven pace - so much can happen at once and in so many different places you need the reflexes of a ninja to keep up with it.

However, once past the halfway point of this volume events start to mesh together more coherently, and while we still have a handful of events happening at once, it is a lot easier to see what effects they have on each other.

Part 2 of Naruto Series 3 is easily the most action-packed volume since the series began and any Naruto fan following the series with a fine tooth comb will have plenty to gush about. Those of us who have a mere passing interest in the series may find the jigsaw style battles confusing, but it'll be pure nectar for the legions of Naruto faithful.