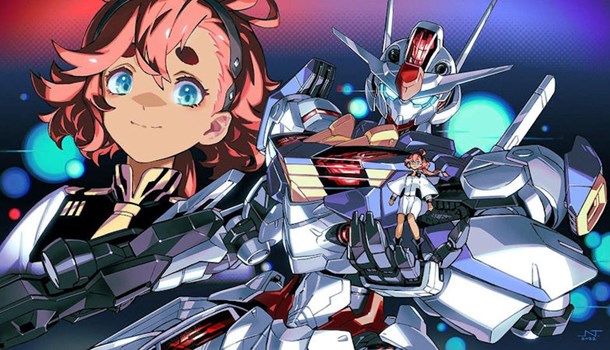 Dawfydd and myself were excited enough about The Witch From Mercury that we did a preliminary review of the first five episodes, so to say that we've been fans from the off is an understatement. Between Dawfydd's monster collection of G-Witch Gunpla and my chogokin and Figuarts pre-orders, the latest Gundam offering has achieved it's primary purpose of rinsing us for money. As of Sunday, the last episode of Cour 1 concluded with a bang (or "splat" more accurately).

So, safe to say that Suletta's journey has been an unusual one for Gundam. The seemingly peaceful Asticassia Academy has a Hogwarts charm to it, with rival houses duelling in mobile suits to win the title of "Holder" and the hand in marriage of Miorine Rembram, daughter of the most powerful man in the universe. It's established early on that "Spaciens" are now considered the superior beings to their Earthern bretheren, with Earth mostly run-down and the population used as cheap labour for their orbital overlords. This creates both a class divide at the Academy and a larger framework for the conflict to come.

We've covered the earlier episodes in some detail, with the class-related trials and tribulations only taking a truly dark turn around episode six, wherein one character is vapourised by his company for failing to beat Suletta in a duel, all while she waits for him singing "happy birthday", a chilling call-back to the prologue episode.

It's the last two episodes that really open up the plot, with Suletta and her classmates visiting one of the plants to pick up a newly upgraded Aerial - meanwhile the leader of Grassley House, Shaddiq, decides to make his move and hire an Earth-based terrorist unit called Dawn of Fold to assassinate Delling Rembram at the same very plant housing Aeriel and Suletta's mother, Prospera.

Where Gundam Witch rather excels is in the characters. Possibly more by luck than judgement, Earth-house member Chuchu bears an uncanny resemblance in personality to fan-darling Rebecca from the hit anime Cyberpunk Edgerunners, making her an incredibly popular member of the cast. This is then dialled up to 11 with the introduction of Sophie Pulone, the "Witch from Earth" with a serious case of crazy-eyes, who is every bit as gung-ho kill-crazy as Rebecca, an evil version of the equally volatile Chuchu and possibly my favourite character from the series. She's an absolute firecracker in every scene she's in, and the polar opposite of Suletta's sweet and innocent persona. Sophie's infatuation with "big sister" Suletta promises to both overshadow Chuchu and pay dividends in further episodes. 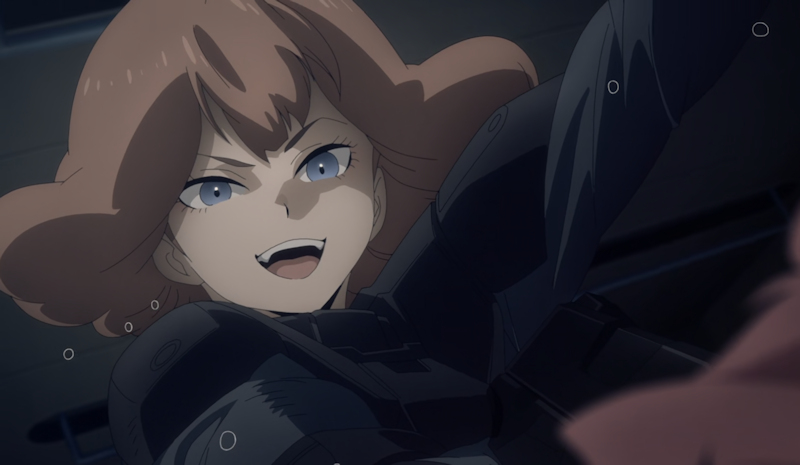 That's not to ignore the more subtle character development of our heroine, who has lived a sheltered and fearful life under the watchful eye of her mother. Nervous around others and desperate for a "normal" high school life - hell, she has a list of achievements to unlock - Suletta's rabbit-in-headlights reaction to the world around her is endlessly amusing and an easy point of view for fans to latch on to. She has no real understanding of the wider events she's been thrust into, and seeing how her mother manipulates her with kindness and enthusiasm, all while moving her pawn into position, is fascinating.

Hiroshi Kobayashi and Ryō Andō (director and co-director respectively) have achieved their aim of marrying a youth-friendly environment to Gundam's very dark traditional themes. Ichirō Ōkouchi (scripts) has delivered a superb marriage of naivete and politics to produce a series that's full of sharp dialogue and intrigue, not to mention some truly memorable death-scenes. Make sure you watch the after-credits scene of episode 12 to see a wonderful bit of direction that calls back to earlier in the episode - with the base under attack there's a scene with Prospera offering her hand to her daughter - this is mirrored in the credits scene by Suletta offering hers to Miorine. Prospera's hand is clean, Suletta's covered in blood, a fantastic bit of direction that shows just how mother is using daughter as an instrument and Suletta blissfully unaware of what's truly going on. It's a bravura way to end Cour 1 and sets up tension and conflict for Cour 2.

G-Witch is rightfully one of the season's darlings, a thoughtful and fresh way to inspect the core themes of Gundam while not alienating an older audience. The series also cleverly hooks itself in a very non-committal way to yuri themes between Suletta and Miorine, which has whet the appetite of a lot of genre fans that wouldn't normally give Gundam a second look. Everything about the series feels deftly handled, from script, direction, character design and music, it's a just a masterclass in audience manipulation. Easily one of the best series of 2022, you're doing yourself a disservice if you don't give it a look.

10
A sublime fusion of young adult tropes, rug pulls and top-tier production, G-Witch is the mecha series of the moment.