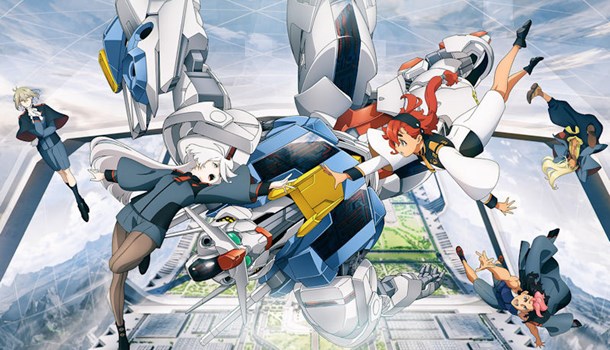 Mobile Suit Gundam: The WItch from Mercury aired its fifth episode on Sunday, as it simulcasts to the West thanks to Crunchyroll. Both Ross and Dawfydd are ardent Gundam fans, so we thought we'd get a look at how each is finding the series so far:

So. Hands up who, after the honestly pretty brutal Prologue episode, expected G-Witch to (at least based on these first episodes) instead turn out to be a Gundam take on Revolutionary Girl Utena by way of a hefty dose of influence from The Tempest sprinkled with a dash of oh-so-topical inequalities of the 1% lording it over the other 99%? I know I certainly wasn’t, although after finding out that the writer who wrote the novelisations of Utena is writing for this, maybe it should have been obvious. Be that as it may, so far this show has been utterly delightful. I am all here for Suletta acquiring her own harem by dint of beating the other students in mech vs mech combat, all whilst somewhat oblivious to the stakes in play. Of course, being a Gundam show (and after that excellent prologue) I am also waiting for the other boot to drop, and for that I absolutely cannot wait.

Oh, and the opening theme by YOASUBI? Absolute banger.

Props also to the design team for how a different designer was assigned to each House/Corporation to give their respective mobile suits an aesthetic unique to them. It really does give them all a unique flavour.

Suffice to say I’m giving this my most wholehearted recommendation. Now let me leave you with the already iconic sight of new Best Girl (sorry Anya) Chu-Chu punching the soul out of an unsuspecting bully…. 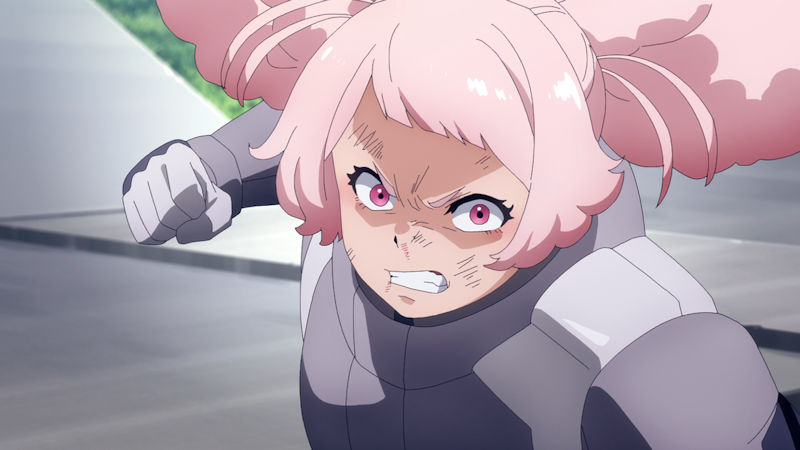 ChuChu is the GOAT memes are rapidly taking over the internet...

Well, after leaving the prologue with dewy eyes and waiting eagerly for the series to begin, I've found it's both a world away from what I expected and a pleasant change of pace for the Gundam franchise.

Far from the "youngsters engage in war" trope that has been Gundam's core story since Tomino first unleashed the show back in the 1979, the new series takes the academic route and sets the show in a school. A recent interview with producer Takuya Okamoto revealed that the series was designed to lure back a younger audience, this makes a certain amount of sense. The "Gundam Hogwarts" setting allows students to compete in non-fatal bouts while the adults conduct their murky politics in the background, keeping the focus on the younger cast. To this end it's largely successful - the characters introduced so far are all varied and driven by clear motivations, be it ChuChu's hatred for Spacians due to the way Earthers are used as little more than disposable manual labour, Guel's resentment at being little more than his father's tool and even Elan Ceres as the quiet loner who has been augmented for use as a weapon are sympathetic to one degree or another. And in the middle, poor Suletta, a rabbit-in-headlights given human form.

Were it not for Suletta's integrity, her constant simpering might be annoying, but pair her with Aeriel and she becomes a fearsome opponent with a strong will. Episode 1's climactic battle was directed with stunning precision and brutality, one of the best "hero" moments of any recent anime show and a very high bar for the rest of the series to reach. Subsequent episodes have struggled to make such a strong impact, but I have enjoyed the more character-driven moments and the interactions so far.

The gut-wrenching prologue has gifted the series with two things - a sense of anticipation that things are going to get much, much worse for all involved, and an affection for Suletta as our protagonist. Taken together, the series feels edgy without being overt (yet) about the danger.

It's a beautiful looking show, with sharp designs, a great mixture of CGI effects and traditional-looking animation, with every frame rock-steady when paused. I can only assume that the show is enjoying success globally, as the SH Figuarts figure of Suletta sold out in less than 10 seconds on AmiAmi this morning. Thankfully I had a backup, but acquiring merchandise for this series is proving to be every bit as difficult as a Macross Chogokin.

There has been a lot of chatter about the show's political leanings; Suletta's betrothal to Miorine garnered much attention, though it was clearly played for laughs given Suletta's terrified reaction, and not a statement about sexual politics (as if anime is somehow a stranger to progressive sexual themes anyway...). The 1% lording over the 99 is also nothing really new, even in Gundam, so I take it all as shades of previous series themes given a fresh airing in a new context. In any event, there's nothing here to offend anyone of any stripe and should really be enjoyed for what it is - a charming, intriguing look at a Gundam universe coping with familiar issues under a new lens.

And Dawfydd is right, the opening is a belter!