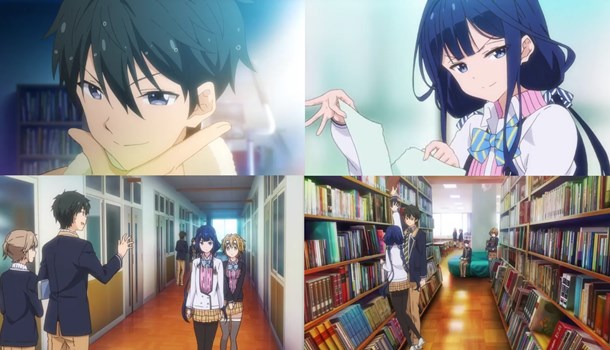 As a child, Masamune Makabe got ridiculed for his round physique. A beautiful, wealthy girl named Aki Adagaki nicknamed him 'Pig's Foot'. Masamune wants nothing more than to take revenge on the girl who made him suffer: he wants to make Aki fall in love with him, and then break her heart. After hard work, he enters high school as a fit and handsome student. Aki doesn't recognize the new Masamune - especially not after he changed his last name. The only person who recognizes him as 'Pigs Foot' is Yoshino Koiwai, Aki's maid. Yoshino knows Masamune's plans for revenge, but surprisingly doesn't rat him out. She even offers to help Masamune to grow close to Aki, stating that her coldhearted master could use a lesson. Growing close to Aki proves to be difficult - not only is she still a man-hating, cold-hearted person, but as the friendship between Aki and Masamune grows, Masamune begins to question whether he should continue his devious plans...

As the story progresses, the cast gets filled with more females fighting for Masamune's attention. Seeing as though Masamune worked hard to be the smart and handsome student he is now, it is befitting to the story he has girls yearning to be noticed by him.

A far from perfect cast keeps the stort interesting: Masamune is obsessed with counting calories and dishonest in his motives, Aki is a gluttonous spoiled brat, Yoshino plays dumb in order to influence the naive Aki, to name just a few. Each newly added character comes with their own quirks and personality, and some characters have surprisingly more depth than you may expect.

The art of Masamune-kun's Revenge may not be an outstanding masterpiece, but it's of high standard and befits the genre. Similarly, characters are rather standard and look exactly what you expect in a romance anime. Overall, both the setting and the characters are depicted realistically with the exception of a hairstyle or two, not to mention the mother of Masamune who looks like she is twelve years old.

As a romance anime, Masamune-kun's Revenge is filled with clichés - of course the main characters grow close, but not without the interference of even more females interfering with Masamune's and Aki's relationship. However, this anime unapologetically embraces the cliches and tropes, with Masamune even studying romantic manga and reciting cheesy lines to impress girls. This anime pokes fun at its own genre, which makes it enjoyable to watch. Added with a protagonist that is solely seeking vengeance rather than true love, Masamune-kun's Revenge differentiates itself enough from other romantic comedy anime to give it a watch.

You can currently watch Masamune-kun's Revenge in streaming form on Crunchyroll.

7
When you simply can't forgive and forget...
LATEST REVIEWS