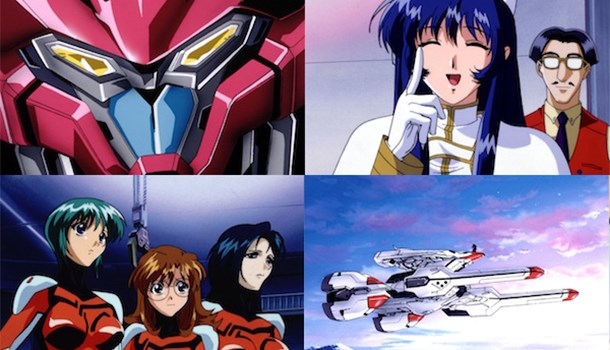 Nostalgia is a funny thing, we long for seemingly happier times, of youthful joys and classic series of old. Though were things really better back then or are we guilty of donning rose tinted spectacles? When it comes to fond memories of shows past I always find myself thinking of things like Dangermouse (the original) and Transformers the Movie (the original, not the Micheal Bay monstrosities). I loved Dangermouse as child, though having revisited it as an adult I was disappointed to find myself somewhat bored, and - dare I say - I found it inferior to the recent BBC reboot. On the other hand I can still happily sit and watch Transformers the Movie now, and enjoy every moment. It was a seminal part of my childhood, and the thing I always watched (on VHS) whenever I was off school ill - though it was a borrowed copy, from a neighbour, it always somehow managed to make being ill tolerable. The movie starred the likes of Orson Welles (in his final movie role), Lenard Nimoy, as well as Eric Idle, and was full of the 80s favourite robots in disguise, what’s not to love? Well, having witnessed some younger viewers watching the film, who didn’t have the childhood history with the franchise, quite a lot it seems.

Of course, the reason I’m talking about nostalgia is because Martian Successor Nadesico was first shown in Japan back in 1996. It came to many UK fans attention via the Sci-Fi channel, back in the heyday of anime on UK TV. Meaning this series is very close to the hearts of many anime fans of a certain age. Therefore I wanted the ‘classic’ Martian Successor Nadesico to be reviewed by someone not under the influence of nostalgia, someone who hadn’t seen it before, someone like me.

Straight off the bat Martian Successor Nadesico’s age is very clear, the animation style and soundtrack are very much of the time. Personally, being of that sort of age myself, I’m quite at home with both of those. Though younger viewers may find the animation in particular a bit quaint, and rough around the edges by today’s standards. However, what really gives the game away in regards to the show’s age is the 4:3 aspect ratio, which will likely horrify anyone who grew up after widescreen TVs became prevalent. Yes, it’s true, those of us born before the 90s had to watch square TV shows on square TVs, many of which weighed more than you do.

But I digress. As the series kicks off it’s 2195 and we humans are in trouble: The species has expanded to Martian territories, but Mars is under attack by the “Jovian Lizards”. Well, not quite, we’re actually under attack by robots sent by the Jovian Lizards. The “lizards” themselves don’t show up until much later in the series. The Jovian’s arrived on Mars via a “Chulip”, which allows them to travel great distances with ease. This combined with their distortion field technology gives them a massive advantage over the UEF (Earth’s defence forces), who are forced back to Earth with their tail between their legs.

Around a year later and - largely due to the ineffectiveness of the UEF - the Earth is in danger of falling too. Therefore, Nergal Heavy Industries are planning to launch a band new battleship with a privateer crew: The ND-001 Nadesico. However, rather than defending Earth, the Nadesico’s mission is actually to retake Mars - something that doesn’t sit too well with the UEF. It’s not long before the ship is setting off for Mars, with enemy’s on both side of the war.

The crew, recruited by the “Prospector”, are a rag tag bunch of misfits and “idiots” - as the youngest member of the crew, and child prodigy, Ruri would have it. While the cast is a rather large one, the two main characters are undoubtedly Captain Yurika Misumaru and talented pilot Akito Tenkawa. Yurika is young, but scored extremely high in all the training simulations, as well as being the daughter of a UEF admiral. Akito Tenkawa was living on Mars a year ago and is a survivor of the Jovian attack, he begins the series working as a fry cook and living with some post traumatic stress issues. The two were close childhood friends, something Yurika is keen to rekindle.

So far, so serious, right? Wrong! This series beats you over the head very early on with the fact that it is a parody, and unmistakably so. If you were in any doubt (it’s unlikely…), you’re left with absolutely none from the moment Akito finds himself holding Yurika’s panties, after being knocked off his bike by her suitcase. Anyone familiar with any of the multitude of mecha and science fiction anime from around that period will have no trouble identifying the influences, especially from the era’s big hitters like Neon Genesis Evangelion. Naturally, this means that some of the gags will be completely lost on anyone not familiar with anime of that time period.

That’s settled then, the series is definitely and defiantly a parody… isn’t it? Well, yes it is. That is apart from the times when it’s not. By way of example the third episode sees the tragic death of a character who had played quite a large role up till than point. Thus we get to the main issue with this series: It has a massive and ongoing identity crisis. It is a parody with a serious, dark, and gritty streak a mile wide. These two elements are completely at odds which each other and make the series incredibly jarring to watch. The pacing doesn’t help matters either: One moment you’re expected to laugh at the ditzy lovelorn captain chasing Akito, and another you have to attempt to process scenes heavy with emotion. Many of the more dramatic moments are starved of any real poignance by virtue of being surrounded either by the series’ trademark parodies, or one of the many plot vacuums. Furthermore, quite a few of these dramatic moments seem to be conjured from thin air, with no real narrative meat to back them up.

By today’s standards much of the show’s 26 episode runtime is filled with very little, the series could easily have fitted the same content into far fewer episodes. That’s not to say it is as longwinded as something like Draganball Z’s legendary powering up scenes, but there are large chunks of time where nothing of any consequence happens. While this wasn’t particularly unusual back then, it’s very obvious when compared to modern anime, and it’s pretty unforgivable when paired with the aforementioned lack of narrative focus.

This release also contains Martian Successor Nadesico: The Motion Picture – Prince of Darkness, which houses such modern luxuries as a 16:9 aspect ratio. The movie is an interesting change of pace, as it leans heavily towards the dramatic elements of the series. Leaving the comedic elements as mere comic relief, instead of being a main component as it was in the series. At the time this led to more than a few complaints, however I think it makes for a much happier balance; with a much clearer narrative focus making for a more coherent viewing experience than the series.

Despite the issues, when all is said and done, there’s still quite a bit on offer in Martian Successor Nadesico. While it is a bit rough around the edges by today's standards, there’s nothing particularly egregious. The high points include some genuinely laugh out loud moments, as well as some moments of real high stakes drama, meaning there’s a little something on offer for everyone. Though there is no doubt that thirty-something fans and aficionados of 90s anime - with their nostalgia flowing and rose tinted spectacles on - will get much more out of this release than anyone else.

6
While fondly remembered by many, it’s less of an unmissable classic than proof of just how far we’ve come.
LATEST REVIEWS