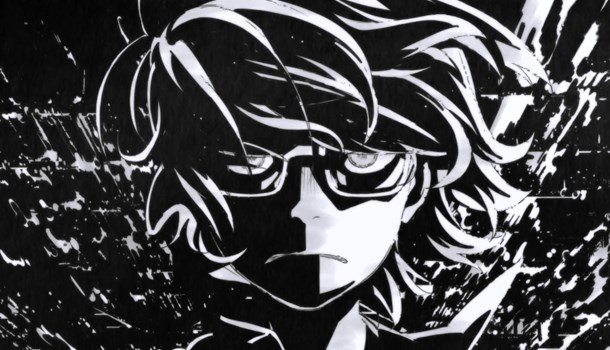 As some of those reading this may recall; March comes in Like a Lion was the show I was singing the praises of during 2017's End of the year awards podcasts. Since I have a great love for the series I jumped at the chance to revisit the shows beginnings to see if the early goings of the show still hold up and are as strong as it's further episodes. Thankfully they do. So much so that I started to focus my attention on subtle details about the show knowing where it goes. In this review I won't be discussing further plot points and focusing on little details here and there in order to do what the main purpose of a review should be. To convince the reader that this show is worth your time and attention.

First of all March comes in Like a Lion revolves around a 17 year old professional shogi player/high school student called Rei Kiriyama. Rei is in essence a loner and very introverted. He has trouble dealing with people and situations as he mainly focused on playing shogi during his childhood. He lives alone in a flat that has very minimalist furniture. Only living to play shogi in order to further fund his independent lifestyle. His life starts to take a change when a young woman finds him passed out on the street and decides to take him home to her place for the night. Rei then meets and befriends the Kawamoto family, comprising of the young woman who found him and her two younger sisters. The eldest is named Akari and is in early to mid twenties, the middle child Hinata is in middle school and the youngest Momo is in preschool. From his interactions with the family Rei begins to open up more and begins to realise that he cannot live fully alone. Tied into this is we see Rei's struggle as a young professional shogi player and the harsh existence that entails.

From this brief synopsis March comes in Like a Lion is both a sports show mixed with a coming of age story that mainly focuses on character interactions in order to convey its themes. The main themes of March comes in like a Lion are family, anxiety, social pressure and ambition. The main family aspect is handled in various ways. The way that the show does this is through a very clever blend of tragedy and comedy. The main tragic aspect comes from Rei himself. At a young age his parents and younger sister died in a car accident leaving him to be adopted by his fathers friend who is a shogi instructor. Once living at his home Rei's full time commitment turned to shogi. Since Rei was taken in as an apprentice, he felt the only way he could win the approval of the family he was staying with was to become better at the game. The problem with this is that this caused a massive rift in the family once it became clear that he was better at the game than his new step brother and sister. Sensing the rift he was causing between the family members Rei decided to become a professional shogi player as quickly as he could in order to earn money to move out and support himself.

This ties into the ambition aspect of the series. Rei's main motivation for playing Shogi is simply to survive. Whilst many sports anime will have a goal of having characters needing to win an upcoming tournament so that they don't leave high school with any regrets or need to use this as a stepping stone to become pro. Here, Rei is already a professional so his determination to win is a completely different kind of beast here. Throughout the episodes Rei will mention the ranking system of the Professional Shogi league and how it pertains to him. From his explanations it clearly shows that the life of a shogi player is one of constant practice and study in order to survive. Several losses can result in demotion of rank, affecting how much money players earn and what matches they can play. For Rei his main motivation for playing is to support himself financially. Which leads to odd observations from several characters. Noticing Rei is skilled yet he doesn't seem to enjoy the game.

We are also treated to Rei's inner monologues and thoughts on various aspects of his life. These moments have a harsh tone to them as the colour scheme comprises of dark colours and broader outlines to covey a harsh impact. Along with these there are several uses of symbolic imagery. The best one would have to be Rei's likening being a professional shogi player to swimming in the ocean towards an island. All players are swimming towards the goal, if they slow down or can't carry on they'll drown in a sea of other players constantly striving for the end goal of the island. Even when reaching the island there’s no time to rest. This gives a clear indication of how Rei thinks of himself as a professional player and also his opponents. From this we see several opponents Rei faces and even scenes beforehand where someone will try to influence Rei's matches.  An example is when it is stated that Rei's upcoming opponent is a sore loser.  so much so that they are known for getting drunk and quite violent when they lose, which as a result is affecting his marriage. From this we see Rei competing in shogi matches. This is where Shaft cleverly conveys the match in very subtle ways. The full rules and play by play of a shogi match is never fully shown. The main reason being a shogi match can last hours (or even days - Ed). Instead the show does clever things to convey the thoughts of the player, the passage of time and the state of play. The first thing to notice is that the lighting subtly changes in the room. The colours start off with a lot of blue hues to indicate morning and then there are a lot of softer colours and more red to indicate early evening. Also shadow placements change to indicate the change in natural lighting. Also each player usually brings in two bottles of water and the amount left in them shows how long the game has been played for. With this there is one particular match that has no dialogue. Just music and facial expressions to show how each player is reacting.

From this the show does take a few steps to explain Shogi, giving the very basic concepts, which is probably the best approach because from the way matches go and the conversations characters have. It shows that Shogi is a very complex game that is very strategic. Rather than confuse the audience they do a few things in order to teach them the rules of the game such as the overall goal and what each piece does. This is done in a very cute style with a song involving cute cats called the Meow Shogi song. Thankfully this section is fully translated in this release and is even it's own extra feature on the Blu-ray. This approach is handled in universe by one of the characters showing a book and explaining the game to two characters who have never played shogi before. The scene itself is very cute and comedic which ties nicely into how March comes in Like a Lion handles comedy. If the shogi aspect of the show is the serious side. The family aspect involving the Kawamoto sisters is the comedy. This is handled in various ways. Firstly the colour scheme is lighter, softer and uses more pastel based colours to show a sense of warmth and comfort. This is a stark contrast to the sharp lines, dark and muted colours that Rei's inner monologues take. Along with this the family has its own cats, whose inner thoughts can be heard by the audience. They mostly beg for food and are there for slapstick comedy gags. This aspect is a nice little breather for the more serious and reflective aspects of the show. With that being said the family of sisters have their own set of tragic circumstances to deal with. Mainly pertaining to their poor living situation and the fact that the sisters recently lost their mother meaning that the eldest Akari has to not only be the big sister but take up the reigns of motherly duties and running a household. We see moments where the characters who always seem bright and cheerful are suddenly overcome with grief which causes Rei to reflect on what he is seeing and tieing it into his own experiences. Through various conversations and moments like this we Rei come to terms with his own situation and grow as a character.

The main take away from this is that every character in the show has nuance and depth to them. While one aspect of their character takes the foreground the more we see of them, the more we learn about their fears, strengths, flaws and worries. The cast all work well off each other providing each other with great back and forth dialogue in order to convey aspects of their character. This in turn makes characters interesting. Even characters who first appear in order to be a joke or source of antagonism later turn out to have more to them than meets the eye. This really shows how well the characters were written. The original manga is written by Chica Umino, the writer of Honey and Clover, another series known for having strong characters.

A final thing to note that I touched on briefly is the art style in this anime. The animation is handled by Shaft, I believe this is their greatest Television anime. They've really adapted their style in order to convey a real world setting with some fantastic imagery and a sense of tone. Their trademark styles are there; head tilts, change in background colours and surreal imagery but are somehow reigned in and focused in a way that doesn't feel superfluous or blatant. There is a real sense of focus here showing how great the direction is. On a technical level March comes in Like a Lion really shows how great Shaft are at animating. Also speaking of presentation the show features the first 11 episodes and recap catch-up episode at the end split across 3 discs. The show has an English dub which I think is a very strong and good dub. All the characters sound great and really get the emotional scenes right. It is on par with the Japanese audio and the show can be enjoyed equally no matter your preference.

To sum things up. As you can tell I have a great love for this show. It is one of the most interesting shows I've seen come out in a while. It has a great cast of characters, great visual style and delves into some rather interesting themes conveyed through conversation, symbolic imagery and subtle changes in colour scheme and lighting. March comes in Like a Lion is a gem that if you invest the time in will reward you with a great emotional experience that is unlike anything else.

10
An emotional character study that needs to be watched