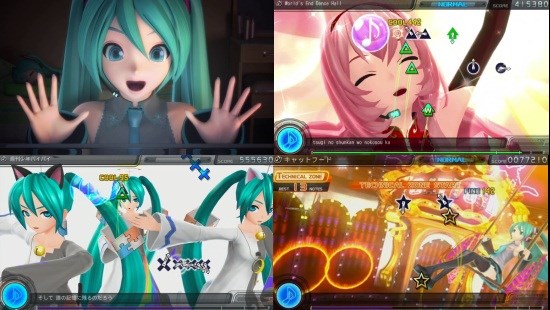 We’re now well into a new year, which can only mean one thing – it’s time for a new shounen series to rear its head, following in the footsteps of the likes of Bleach and Naruto. So without further ado let’s take the lid off the lamp for the new anime adaptation of 1001 Arabian Ni.... erm, Magi: The Labyrinth of Magic that is.

The setting for this venture into shounen territory is, as you may have guessed, the ancient desert landscapes of Arabic myth resplendent with oases, arches, djinn and buildings with onions on top of all the towers. Somewhat worryingly, our hero is Aladdin - not the lamp-polishing obsessive of common legend, but a young boy of around ten or so. Unlike the standard issue Aladdin, this one uses the power of a magical recorder to summon his genie – the powerful Ugo – and wraps his magic carpet into the worst-fitting turban you’ve ever seen. Rather than being an adventurer himself however, in the Magi universe he is one of the titatular Magi (pronounced correctly as May-jii or Mag-gie but not, as the US dub would have it, Madg-i) - powerful mages capable of using the power of the souls of the dead, and destined to guide worthy people through the powerful and deadly dungeons to be selected as candidates to become a king of men.

Joining Aladdin on his quest to find the truth about himself (he has amnesia of course...) and seek out other djinn at the request of Ugo are Alibaba, the common everyman with a desire to make it rich from a dungeon (with the pre-requisite secret from his past); Morgianna, a slave girl who is one of the powerful Feralis, and later on Sinbad, our handsome man and comic foil all in one. Aladdin, Alibaba and Sinbad.... Shinobu Ohtaka wasn’t really pushing hard for originality in the names for this series was she? Even other characters like Ja’Far turn up later on!

The first thirteen episodes are presented across this first volume (one suspects of many – a second season is currently airing in Japan at the time of writing and with the 20+ volume manga still running I wouldn’t be at all surprised at a third season coming fairly soon),  and it mostly deals with getting the basics out of the way above all else – prepare for lots of exposition, lots of characters being introduced and then a big story arc dealing with Alibaba’s past and setting up how the series is going to progress from now on. There are a few rumblings about what the overall aim of the story is, but this is a shounen series so there isn’t too much of that as it needs to be slowly drip-fed to us over as long a period as possible to keep us all buying (cynical, ain’t I?) On the other hand the stories we do get, whilst a little simplistic and predictable, are pretty good fun and have a lot of neat little touches here and there (admittedly mainly from the design choices inspired by the setting) - they give lots of opportunity for barmy action sequences, which is what we’re all here for at the end of the day.

One thing that can be said thus far is that the characters actually turn out to be a pleasant surprise. Ten minutes into the first episode everything about our child lead character is tooth-grindingly annoying, from his goody-goody attitude to some forced attempts at humour, but a couple of episodes later most of this has been casually thrown away and the character starts to become much more likable - at this stage of the proceedings he’s really more of a driving force to move the story along rather than a true shounen lead, though scenes in later episodes give glimpses of how this is clearly going to change later on. Still, he is exactly like all the other shounen leads in one way – he’s far less interesting than many of the supporting characters. Morgianna in particular is great fun, not so much in terms of personality as we haven’t had enough time to get to know her yet, but in terms of what she can do – when you’ve finished watching her kick a bunch of sabre-toothed tigers to death I dare you not to want to see it again!

On the other hand there are some issues on show here. The pacing of the series is totally off, with whole episodes used to do what could have been achieved in just a scene or two, but then others whip past at break-neck speed with little regard for the audience or the narrative. This really throws off the show's balance and means that you’ll regularly shift from being a little bored to somewhat confused. The series also suffers from one of the typical shounen show's other traditional pitfalls - the animation quality is utterly inconsistent, shifting from good to having characters totally off-model in other scenes. It’s a common problem when series are rushing to complete the maximum number of episodes in a short time but a little more effort would really lift the overall quality, especially at the moment when the series isn’t having to hit weekly air dates for the entire year. A-1 Pictures have proven themselves capable of far better than this  - you only have to look at the currently-streaming Silver Spoon – so this is a bit of a let down.

The English dub presented here is, frankly, downright bad - there’s no avoiding it. Erica Mendez trying to be a ten-year old boy is one of the worst attempts I’ve heard in a long while. and most of the rest of the cast fare little better (though I did have to switch back for a scene or two later on upon the discovery that UK convention favourite Matt Mercer was playing Sinbad). I’d strongly recommend sticking with the original Japanese here. Depending on your Blu-Ray player you may also have some issues with the discs menus on this particular version of the series. Our video captured on the disc's arrival shows the menus working normally on a Toshiba player, but on a pretty new and fully updated Sony Blu-Ray player there were some huge delay and lag issues, which has also been a problem on some previous Kazé Blu-Ray releases.

The over-riding question you need to ask yourself about any shounen series is - are you willing to invest the time it’s going to take to reach the end? In the case of Magi I’d give it a cautious recommendation at the moment. It’s by no means perfect but it’s off to a good start and is probably better than many of its competitors have been recently, so there is plenty to enjoy here.  Once part two rolls around we should be able to get a better grasp on how things are going to pan out and see if the series can really find its groove.

6
You won't find yourself wishing for it to stop... yet.