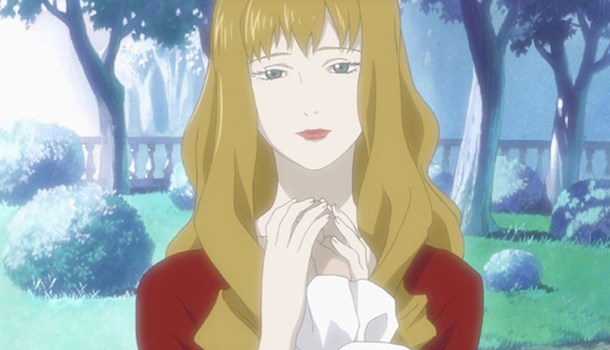 In previous reviews I've expressed surprise at how effectively Le Chevalier D'Eon has managed to turn a genre I generally run a mile from into something quite gripping. The good news is that the series maintains its form into these 2 volumes, and even manages to ratchet up the tension a notch as it does so.

Continuing with their mission in Russia, D'eon and his team must prevent the planned revolution to overthrow Queen Elizabeta, but their plans become more difficult when they themselves are used as pawns to carry out the dastardly plot!

The conniving, political manoeuvring in D'Eon is undoubtedly what gives it substance, and the voice acting, while a little stereotyped in places, works well to convey the  location and the urgency of the plot.

D'Eon also benefits from some fantastic attention to detail. The obvious research seeps into every frame, and the backgrounds and settings are as much of a character in this series as the principle cast.

It's hard to find superlatives I haven't used before, but the intelligent scripting and involving plot set this on a par with Gundam Seed in terms of character.

The only problem with D'Eon is that it won't be perceived as being a cool anime to watch - it has none of the flair of Seed, nor is it as immediate as something like The Guyver, but for those looking for a series that places its efforts into setting and character, this is a very fine choice indeed.

9
Mature and intelligent as always, the series continues to please.