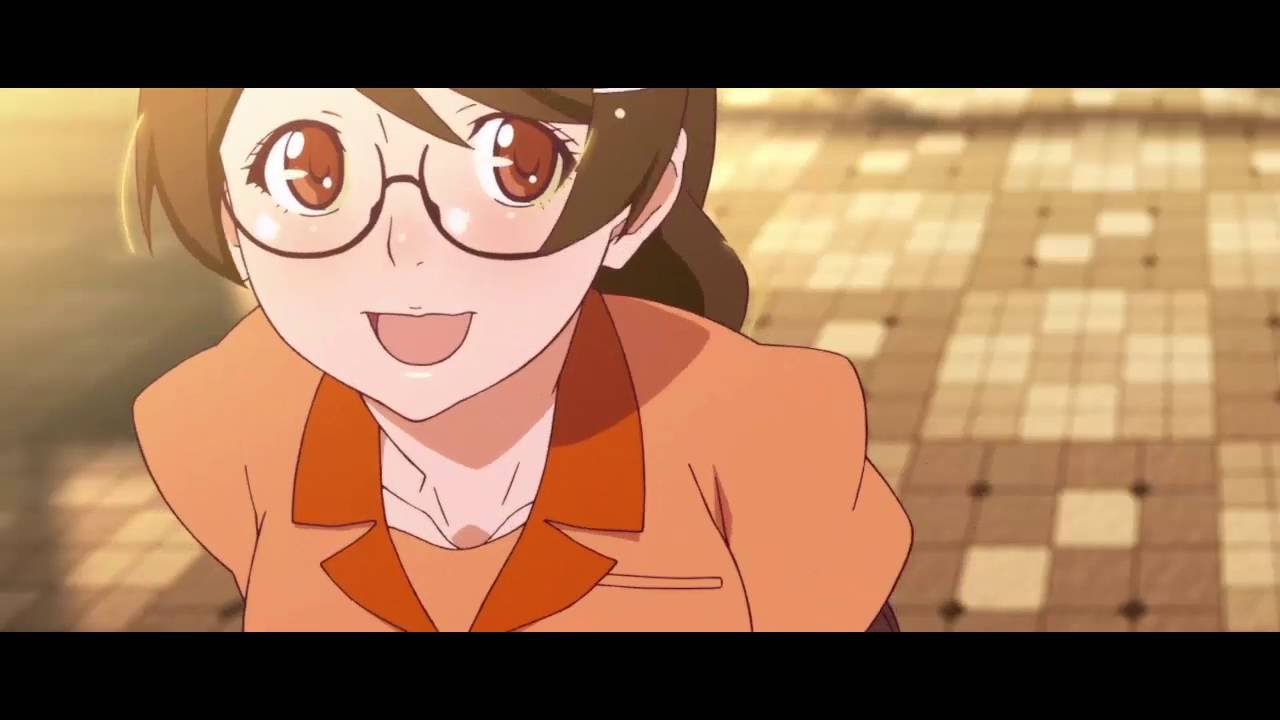 Kizumonogatari: Tekketsu is the first in a trilogy of films acting as a prequel and set-up to Bakemonogatari and the rest of the Monogatari series. In this set of films; the series protagonist, Koyomi Araragi, has a run in with a vampire late one night which results in him saving her from near death. In return for his deeds Araragi is cursed with Vampirism along with a now younger version of said vampire announcing herself as his new master. The vampire; Kiss-shot Acerola Orion Heart-under-Blade will only revert him back to a regular human if he confronts the three vampire hunters who cornered her and stole her limbs. In doing so the pair make a pact with a mysterious stranger who will help Araragi negotiate with the vampire hunters in order to retrieve what they have lost.

To start out with, I feel like my experience with the monogatari series on the whole along with my experiences with this film and its source material is needed to quantify my standing on this review. To start with; I can say that I am not a fan of the Bakemonogatari TV series or any of the series that follow it. Let me explain. I have tried to watch Bakemonogatari about three or four times now. Giving up watching it around the fifth episode mark. I have the means to finish this series(A blu-ray copy I was given one Christmas) but every time I try to watch it I end up getting bored. Due to the way the TV series is. I'm not going to get into specifics on why I don't like it as we're here to discuss Kizumonogatari in detail but I thought this little preface would be necessary. Along with this I first saw Kizumonogatari Pt1 and Pt2 as a double feature when it was shown as Scotland Loves Anime. I really enjoyed it then and couldn't wait for pt 3. I also enjoyed pt 3 as well. A few months back I actually took the time to read the original light novel of Kizumonogatari. I found it a fun read that I got through in a couple of days due to how playful and witty the dialogue was to read. So using all this as a backdrop for my thoughts revisiting this film on blu-ray after seeing the whole trilogy, enjoying the novel and not really enjoying what follows on can give a clear context for my thoughts as both a newcomer and returnee to this.

On it's own. The first film of Kizumonogatari is difficult to rate if you're judging it as a solo venture. However, as the introduction to a trilogy it excels at setting the stakes, establishing characters, and even establishing motive and tone. In the three act structure the first act is meant to act as the establisher, used to deliver exposition, set up characters and their relationships and provide the inciting incident in order to set the plot in motion. Kizumonogatari excels at all of these . The inciting incident being Araragi's chance meeting with Kiss-shot the vampire and the resulting aftermath. Also through this the viewer is treated to conversations between Araragi and various characters all in service of laying down the foundations to what will be the main source of action within the following films. This first film tends to focus on conversations between the characters in order to discuss the predicament they are in as well as use the conversations to through in some fun jokes. These conversations serve the purpose of providing the viewer with exposition, character establishment and inserting jokes. The handling of these conversations is done expertly. From the get-go we have Araragi established as a loner who is disillusioned with life and rather standoffish in comical style. The introduction of Hanekawa (Who many will argue is the best girl in the franchise) is done rather comically with a rather uplifting incident that proceeds onto a playful conversation between the two providing exposition to kick the plot in motion.

The film itself may be light on action and spectacle but what it does do right is its use of style showing the way characters move by adding little flourishes, like in one scene where Kiss-shot jumps off a building, they added her doing a diving move in there. Tied into that is the great visual style the film has. The film is portrayed in a very cinematic style with great use of lighting, shadows, camera rotation and cinematography to give a rather distinct film like quality to things. Couple with this is a gorgeous art style, fantastic background art and smooth motion creating a wonderful. Shaft have a very unique and cool style and they have pulled out all the stops here. There are random cut aways, changes in style for comedic effect, dramatic camera panning and various other techniques on display. There is even quite a few objects in the film given a bit more detail into them in order to showcase the art. All of which show the great care that has been put into this film Between the conversations there are really great cinematic establishing shots showing the characters walk through the environment, pan the camera to show the world and give a sense of feeling with great lighting and shadow effects. The best example of this is an early scene where the time of day is in the evening just as the sun is setting. The sun is gradually getting dimmer affecting the shadows and lighting of the scene. The scene colours and warm with great hues of yellow and red that blend things together. Later on after Araragi's awakening as a vampire the sky is a cold grey giving a huge contrast between the two scenes. It's clever moments and touches like this that elevate the viewing experience of the film.

As stated earlier in the review knowing this film is the first in a trilogy makes it a bit of an odd one to rate on its own. However knowing it is the introduction to two other films changes perspective on it slightly. Being just over an hour long the film is short and sweet enough for newcomers of the franchise to dip their toes in the water. If they like what they see they'll be happy to know that two other films are just around the corner for them to experience. If its not for them it's only an hour of their time lost.

That being said I highly recommend giving Kizumonogatari a chance and judging it on it's own merits. As adaptations go this film distils a lot from the novel. Cutting out a bit of the dialogue and inner monologues of Araragi. But what they leave in is still fun and playful but most important quickly gets to the point of the conversation. A great opener to the film that wastes no time in establishing the characters, laying out the roadmap for the next to film and setting the tone for things to come.