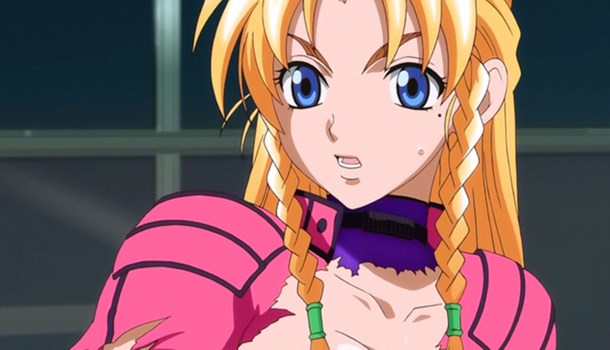 You might remember from my previous review that I quite enjoyed the first set of Kenichi: the Mightiest Disciple. I didn’t really expect much of it and came away thoroughly entertained by its no-faff fighting hijinks. So how does this second set hold up? Can it continue to punch above it’s weight or will it crumple like a glass-jawed boxer?

This second set of Kenichi: the Mightiest Disciple (Also sometimes translated as “History’s Mightiest Disciple Kenichi”) follows the adventures of the titular Kenichi, a high school student who was once a coward but has now become a martial arts student by the attentions of the Masters of the reclusive school Ryouzanpaku. However, in reforming himself and standing up to the bullies who previously plagued him Kenichi has attracted the attention of a local gang with a very loose Norse mythological theme, Ragnarok. Can he survive the murderous attentions of this gang and, more importantly, can he survive the hellish training his masters put him through?

To cut to the chase, this second set of Kenichi does not drop the ball. While it does have some weak moments (I’ll get to complaining about those shortly), the show remains entertaining throughout and (crucially) sticks the landing. The cast are as endearing and engaging as ever, and the fights are still a massive highlight of the show. Now that Kenichi knows how to handle himself in a fight you get to see some more interesting opponents come to the fore to test his skills, including a man who sings endlessly while whooping your arse. Kenichi cannot simply overpower his opponents, and so the fights become a much more interesting game of cat and mouse as the combatants try and out-think each other. This really adds to the show and gives it a degree of legitimacy as you are often in strong doubt that the main characters will actually prevail - in fact sometimes they fall flat on their face, which is nice to see in a genre that can be plagued by contrivance.

By the same token, the show does not do anything radically different from the first half and so if that left you cold then don’t expect anything revolutionary to happen to transform the show! There is a slight de-emphasis on the humour that was liberally sprinkled throughout the first set, but thankfully it maintains a light-hearted tone in order to keep things from becoming too grim.

Much like the first half, this second set also has it’s own helping of filler which slows the pace of the show down and, while entertaining, does not do much of significance. While perfectly fine to watch looking back, I have a six-episode gap in my notes that I took while watching as nothing of note was going on. As mentioned above however the show does pull together a strong ending, with the last twelve episodes weaving together a multi-threaded story with a level of care that keeps you glued to your seat.

The one notable issue that plagues Kenichi, and especially this second set, is that it wears out its antagonists through overexposure and making them far too sympathetic. In some cases this starts happening as soon as they are introduced! Multiple times in the show an antagonist will be unveiled only to have the next biggest, baddest dude (or dudette) introduced shortly afterwards, nullifying the threat presented by the current Bad Guy (or Gal). From there you are sat counting the episodes until the current (and already superseded) villain either exits the show or joins the main cast.

This is most egregious in the case of one of the "big bads" who was established at the end of the first set - he hangs around for so long that by the time his obscenely and laughably tragic past is relayed to you all you want to do is scream at the TV for him to take the stick out of his butt and join the good guys. Also, holy moly this series loves to milk tragic backstories! All of them are so melodramatic and overplayed that you end up feeling incredulous rather than sympathetic, which is a shame as this undermines the otherwise great job the show does with character development.

The art and audio stay the same as they were in the first set, so I don’t really have much to say about them - fights still look good, characters are on model, music is nothing to write home about but helps provide nice backing to the visuals and the dub is still excellent - with one exception. Ninja girl Shigure, who already gets the short end of the stick in regards to screen time in the show, has a very tiresome verbal tic. She says a few... words at a.... time in a very... odd tempo. It’s normally fine as she only gets a few lines an episode, but when she has a whole episode dedicated to her the gimmick gets old very, very fast. It’s a shame as I really wanted the character to get more screen time, but after that episode I was praying she would return to the background due to how irritating the speech pattern is.

After being very pleasantly surprised by the show in it’s first half, I was honestly scared that Kenichi would fall apart in this collection. While it still has a mild case of filler-itis, the show pulls itself together in a really satisfying way and delivers some great entertainment, especially in the final storyline when everything is pulled together into a massive climax. It doesn’t do anything too outlandish or shockingly new, but the show does everything it attempts to well, and is damn fun to watch.

English 5.1 and Japanese 2.0 audio with English subtitles. Extras are contained on the fourth disc of the set and consist of clean opening and closing animations.