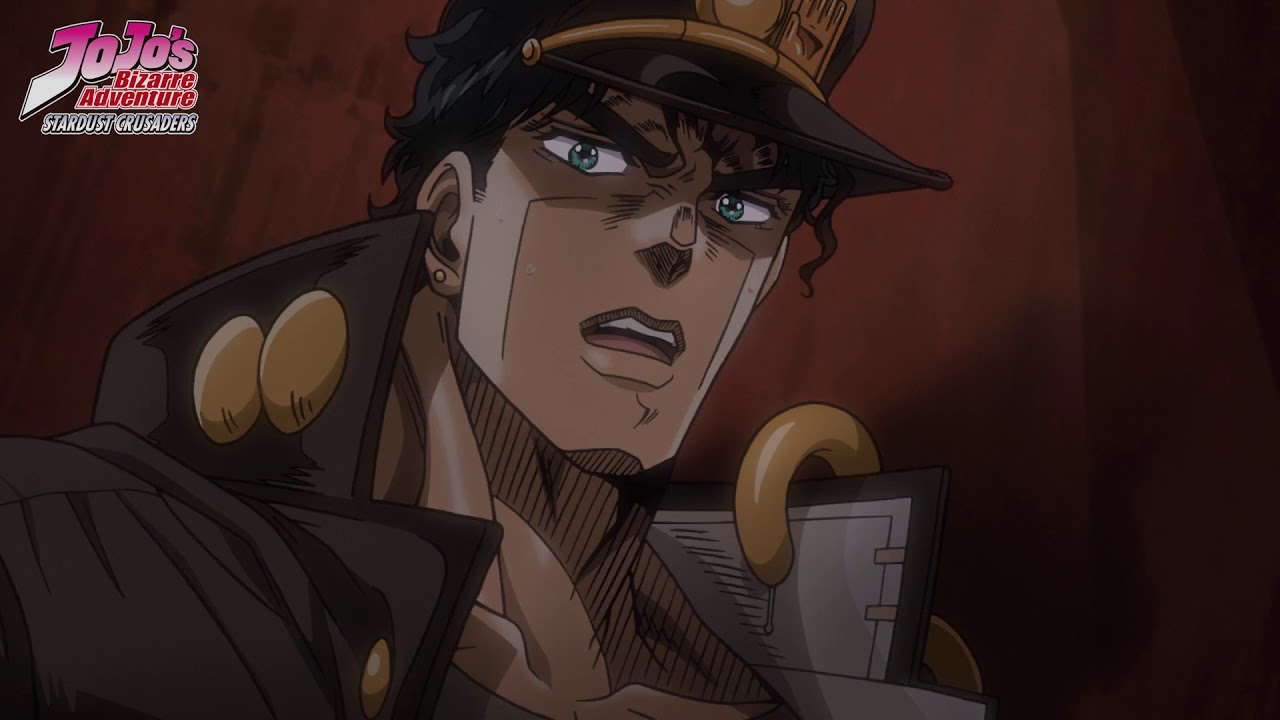 Set in 1987, Part 3 of JoJo's Bizarre Adventure (entitled Stardust Crusaders) focuses on the grandson of Joseph Joestar who has been arrested. Jotaro Kujo believes that he has been possessed by an evil spirit - this leads his mother to enlist the help of Joseph in order to discover the cause. They discover that Jotaro is not actually possessed but has developed a stand, a physical manifestation of his spirit, and only others with the same condition are able to see it. After an exchange between the family it is revealed that the antagonist form part one, DIO, has taken control of Jonathan Joestar's body which has in turn awakened the family's stand powers. After Jotaro's mother succumbs to an illness due to her body rejecting her stand, Jotaro, along with Joseph and several others, make their way to Egypt in order to defeat DIO before it's too late.

The main focal point of JoJo's Bizarre Adventure: Stardust Crusaders are the stands. Stands are the manifestation of a users will that can take various forms and wield numerous powers. Usually the stands appear as humanoid warriors alongside the user, but it can take different forms such as a fly, gun or slime depending on the owner. Travelling from Japan to Egypt, Jojo and company encounter various stand using assassins sent by DIO. This turns the show into something of a monster of the week affair, with the crew moving to a new location each episode and battling a fresh threat.

While this part of JoJo's Bizarre Adventure is adhering to a rather tried and tested formula for anime, what makes it work is just how ridiculous each situation becomes. Tied into this is the absurdity of the powers on display. The strongest fighter won't always win - Stands don't quite work that way. Instead each of them has its own functions and specific ways of battling, adding a layer of dynamism and interest into what could otherwise be a straight-forward fistfight.

The show expertly plays up this aspect with several visual and musical stylistic choices. In one instance, the whole colour range on screen changes as if a filter is being applied, playing ominous or triumphant music at just the right times. Aiding this novel approach is the comedic exchanges between the characters, commenting on the absurdity of what is happening. JoJo's Bizarre Adventure has always succeeded in revelling in it's own absurdity, and it works well here. The show gets the right balance between comedy and drama to really deliver a fun, interesting and dramatic display that just oozes style.

While the main story and concept of the show is rather simple, it's the little details that really add flair to the proceedings, layering on the absurd; A group of people need to travel the world to get from Japan to Egypt, but now their goal is to defeat a vampire because the protagonist's mum is sick because they've all inherited ghost powers because the vampire stole the body of the protagonist's great great grandfather.

You can't help but admire the confidence the show has in itself to deliver with such gusto. Happily both the Japanese and English dubs do superb jobs giving the characters the right attitudes and energy to go along with the mayhem. The English dub takes a few episodes for characters to get into roles, but once the show hits its stride you can clearly hear the actors enjoying themselves.

The best thing about JoJo's Bizarre Adventure is how insane things are. It's a fun adventure show with crazy powers on display with rather outlandish characters to deliver it. The stands are a refreshing new addition from previous parts and seeing what cool things they can do really adds to the fun.