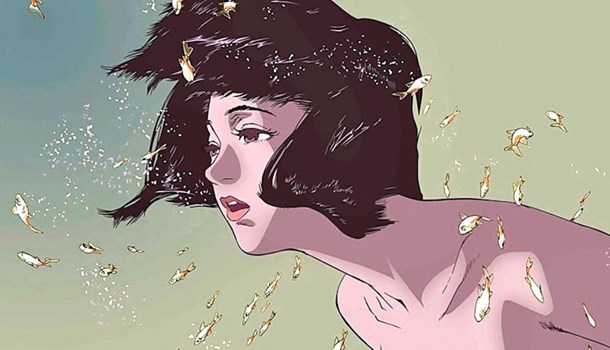 Regarded as an animated prequel to the live-action Ichi the Killer, the anime still stands alone well, despite it’s short running time of a mere 46 minutes. Having not seen the original movie before, but having heard good things, I was pleasantly surprised to find the Ichi anime at my local video shop, and decided to give it a look.

The anime follows the life of a young Ichi, a bullied and hated kid whos seemingly innocent parents unknowingly torment and warp through the sounds of their S & M sex lives. Following the constant physical and psychological abuse, he begins to realise that he has sadist tendencies and while trying not to accept it, is soon seduced by a beautiful and masochistic girl, which finally makes his life slip into a world of blood soaked ultra-violence.

The story has its fair share of plot-holes, probably due of my lack of knowledge of the original film, but none of them take away from the film’s twisted perspective. What I think I liked most about the way the film was the way in which we are thrown into Ichi’s mind and not only begin to understand why he is the way he is, but also begin to sympathise with him.

The animation is quite good for an OAV of this kind, and the style suits it well. The colours are vibrant and eye catching, and the overall feel of the film will send a tingle down your spine. The scenes involving Ichi’s dreams are as sick as you would expect them to be, and help the viewer connect more with what is going on in his head.

To top it all off, DVD comes with a fair amount of extra features, including an interview with Takashi Miike, outtakes and a bonus feature on the live action Ichi the Killer. Hopefully, if this has proved popular enough, it won’t be the last anime title to be released by Premier Asia.

7
A sickeningly (but in a good way) perverted tale that only lacks depth due to it’s short running time.
LATEST REVIEWS