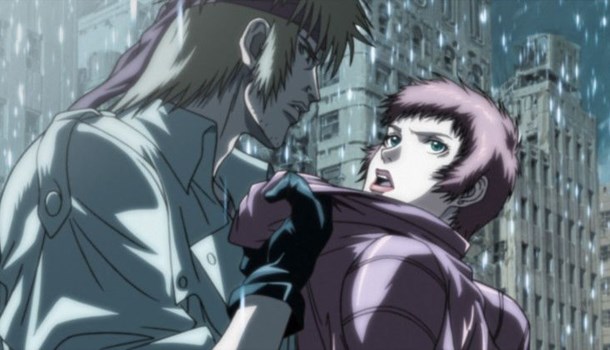 I’ll be honest. I’ve never watched the original Highlander films. (BLASPHEMY! - Ed) So I’m going to the Highlander franchise with very little knowledge. We all know it’s about immortals that travel from place to place seeking out immortals to then behead and gain their power. Perfect material for an anime studio that brought us Ninja Scroll and Vampire Hunter D: Bloodlust. But is the battle of the immortal Scotsman a worthy watching or does it need beheading right here and now?

Highlander: The Search for Vengeance follows the well known immortal warrior Colin MacLeod (remember to say it in your best Scottish voice) as he travels to a post-apocalyptic New York to claim a bounty on a recent kill, as well as track down his centuries-long nemesis Marcus Octavius. Along his way, we delve into Colin’s past from his time when first becoming immortal, right through a thousand years worth of history and the pair's constant war against each other. It’s now 2187 AD and things are finally going to be resolved.

How the anime fits into the continuity of the films or even the TV series is unclear, if it does at all. But taken as a stand-alone addition to the franchise, it’s hard not to sit back and watch Highlander with a confused look on your face. Reasons for the this are numerous, so lets just focus on the main issues. One thing to remember when doing a film that has a predominant Scottish lead is to get a voice actor that can do a decent freakin’ Scottish accent. Any true Scotsman will be laughing their heads off when watching the English language version of this. It is so damn ridiculous it’s enough to make a grown man cry in fits of laughter. Not really a good sign when this is a serious film and not a comedy.

OK, so bad English voice acting, not exactly a new thing for anime is it? But what about the plot of the film?

Colin spends much of his time re-living history via flashback, and all of this bouncing about adds very little to the character beyond demonstrating the fact that Colin can’t beat Marcus and is just extremely lucky. It’s enough to want to shake the TV screaming at Marcus “JUST FINISH HIM!” Sure it’ll cut the film short and create a time paradox, but at least he’ll finally get it over and done with and we can get on with our lives.

Highlander: The Search for a better script Vengeance does have some plus points. Fans of Ninja Scroll will no doubt enjoy the character designs, the mindless violence, and general brutish testosterone-fuelled fights. This is very much a case of brains off, battle hardened “entertainment”. Fans of the Highlander will more than likely find this an insult to the franchise and anyone else looking for… well… a film, are going to be horribly disappointed. You have been warned.

After watching the horror that is the film, the extras add very little to what is an underwhelming package. The usual trailers, previews and Japanese soundtracks are available. As well as some images and storyboards.
3
Get out your samurai swords, this one needs it’s head taken off
LATEST REVIEWS