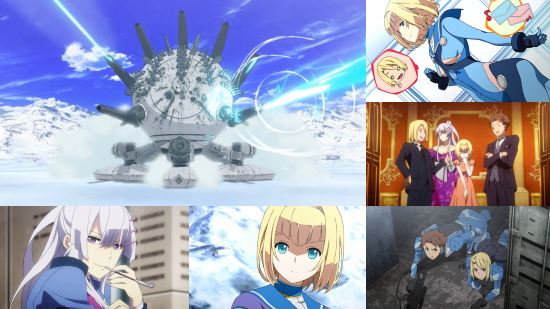 I had a discussion recently where the main point of topic was how to resolve disputes between countries without the mass slaughter of innocents. Given the situation in Syria recently, where countries with mass destructive capability are resorting to surgical strike tactics to reduce the others’ strike capabilities while hundreds of thousands are suffering, there really should be a better way to wage war. We went on to discuss that perhaps giant robot battles were the answer. Only this year will the first robots be fighting each other in the USA vs Japan fight of the... well, ever. Although they aren’t giant, it’s a fun glimpse into the future. But if the fights weren’t just fun, and became a necessity? Then what?

Wouldn’t it be nice if, instead of people dying in wars, two or more giant robots fought it out, with the victor deciding who gets the spoils. We ended up discussing how this could be managed, finding a nice place in the middle of nowhere where these robots could smack the bejesus out of each other, and that would be that.

Little did I know that Heavy Object, a series set in a world where “Objects” - huge behemoth machines with enormous destructive capability - have seemingly provided the answer to the question of war. Yes, let’s make gigantic machines, each 60 or more storeys high with armour impenetrable to nuclear and standard ordnance, and have them beat the toffee out of each other. Makes sense to me. However, in the world of Heavy Object, all is not rosy.

Since the first Object floated out of the shipyards in Asia, and since that Object decimated an allied fleet of ships and accompanying air forces, the geopolitics of the world changed to rally behind those with the capability to produce their own objects. So, a stalemate occurred. Objects verses Objects, nations verses nations, with disagreements decided through combat.

Heavy Object follows the antics of a special couple of lads. Quenthur, who is an engineering student who studies the design of Objects and specialises in maintenance, and Havia, a noble-born chap who is a bit of a whizz when it comes to gunnery and electronics. They both serve in the Kingdom’s Mobile Maintenance Battalion, response for the maintenance of the Kingdom’s Object, the Baby Magnum. These two are not only best mates, but they have a bit of a dream team going. For richer or for poorer, these two stick together.

As with every giant robot anime, these Objects aren’t autonomous and instead rely on the skills of a pilot, commanders and the army of maintenance personnel behind them. The pilot of the Baby Magnum, known as "the Princess", is Milinda - another noble and a bit of a stand-offish character. By way of a fortuitous co-incidence, Milinda learns of Quenthur and Havia during a battle where the Baby Magnum gets its arse handed to it by an Object which was more suited to its environment. Having someone on your team who knows Objects inside and out, and who is a natural problem solver, helps, and Quenthur and Havia prove to be a valuable asset as they single-handededly manage to sabotage an enemy Object and rescue the princess, casting them onto a path where they become infamous for being the first people to defeat an Object without one of their own. From now on, Quenthur, Havia, Milinda and the Baby Magnum are on the front lines.

Heavy Object falls into the same kind of a trap as Aldnoah Zero, whereby there is a single intelligent lad who is responsible for coming up with strategies to win against unfathomable odds, except that it lacks an on-going plot and is slightly less interesting as a result. The series is rather predictable and split into a series of short arcs, all connected whereby the Baby Magnum fights another Object. While there is some character development, where they sit in the wider scale of the world is still unknown at the end of this first half of the show, and the series as a whole doesn’t seem to move much over the course of these episodes. I simply don't know where Heavy Object is going, story wise.

All this aside, I am rather enjoying the new and different ways to destroy truly massive weapons of mass destruction, and while Quenthur is an amusing character and the commanding officer makes me smile, the rest of the cast are a bit dull. It is by no means a boring series, but it lacks any kind of thrills or substance to really keep you watching.

6
Heavy Object is not a heavyweight when it comes to story or character development.
COMMENT AND DISCUSS
blog comments powered by Disqus