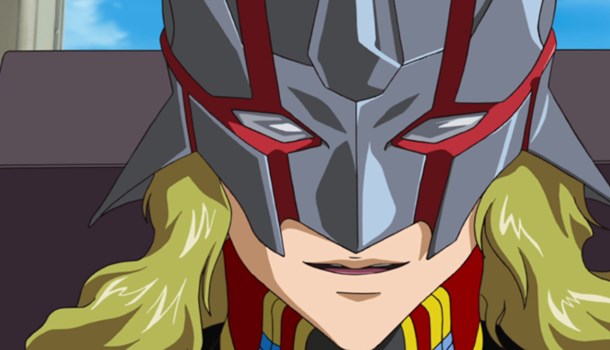 Gah, it feel like ages since I last obtained my Gundam Seed fix, so these two volumes had a lot of work to do in order to get me back on a Gundam high!

Reaching the halfway mark with the end of volume 5, these two volumes ramp up the angst between Kira and Athrun, introduce a few new characters and reunite us with an old friend. Amidst all the personal action we're also treated to some rather splendid action sequences with three sides coming to the fore - the Earth Alliance, ZAFT and Kira's autonomous anti-war movement, which manages to cause more tragedies than it prevents.

And yet, despite the politics, deaths and betrayals, Seed Destiny is still managing to stay clear and engaging, though in different ways to it's predecessor.

I've seen a lot of talk on message boards about how Destiny betrays the spirit of Seed, and that much of it is unbelievable tosh, but I have to say that, up until this point, that's rubbish.
Whilst the original threw us in at the deep end and kept things intimate by placing much of the action on board the Archangel, Destiny exapnds on the Seed world, and in my opinion, does so very well. There were always themes for expansion from the original series, and with these two volumes Destiny runs with two of them - the power behind the radical Blue Cosmos movement with its drive to create war, and the fall of the Orb Union as it allies itself with the Earth Forces.

These two volumes feature plenty of air time for all the cast, and though a few scenes seem re-hashed (Shinn and Stella drying off in a cave, unaware that they are enemies, is a direct riff on Athrun and Cagalli's first meeting for example) it remains thoughtful, engaging and superbly acted by the English voice cast. A classic anime moment is also slotted in nicely, with Athrun waking up to find Meer in his bed, just as Lunamaria knocks on his door to invite him to breakfast - the poor sod has never looked so lost!

If you're following the series, then you should be pleased with these discs - although one unintentionally hilarious scene does stick out - watch for the Lacus fan making the sign of the devil at one of Meer's flowery imitation pop concerts - classic.

8
A solid continuation so far, with events once again gaining pace toward doomsday!