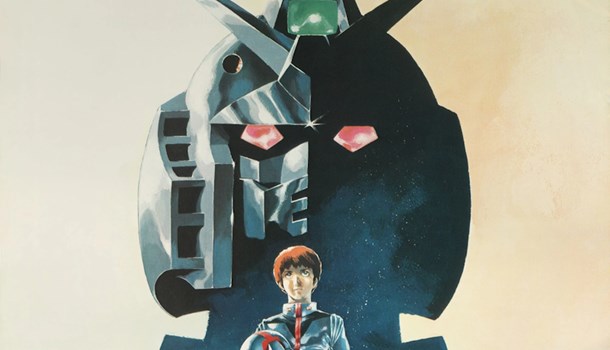 In 1979, Yoshiyuki Tomino and [Sunrise team] Hajime Yatate created a robot series that would redefine mecha anime as the world (or Japan) knew it: Universal Century – Mobile Suit Gundam 0079.
The controversial ‘Evangelion’ of its time, the traditional rules carved out by Super-Robot shows of the time were twisted and even broken. “Good” and “Evil” sides weren’t completely clean-cut, protagonists have emotional vulnerabilities and baggage that would carry through the show and mecha would break down, run out of ammunition (or otherwise, fall prey to laws of physics and ‘reality’).

As a show aimed to sell toys to young boys, the show was seen as a failure by production bosses and finished airing after only one year. A year later, the first of a trilogy of films that retold the television story closer to Tomino’s original vision appeared. It was then, so it has been said, that Gundam found its audience and popularity.

Our story starts 79 years after the creation of space colonies around Earth [and the beginning of the Universal Century era]. The world is now divided by a civil war between the Earth Alliance and the Independent colony nation of Zeon.
A young boy, Amuro Ray, and his friends are thrown head-first into the harsh reality of war and it is up to Ray to fight for their survival as he pilots the Earth’s newest secret weapon: The Gundam.

The film is something of an epic. In the beginning, you could be forgiven for believing you were watching a war film. A narrator sets the scene as you are shown images of fighting and atrocious acts made by both sides in the war (the most infamous of all being the dropping of a colony onto Earth).
I was genuinely shocked by the graphic depictions of war and violence. The crew of the White Base are formed through huge losses and a desperate struggle for survival.

A lot of the feeling of scale comes from the fact that this first film is made almost completely from clips of the first 20 episodes or so of the television show. Unfortunately, this can leave the viewer slightly overwhelmed and exhausted. For the same reason, the animation feels incredibly dated in some places, especially the big action scenes involving the mecha, which is a shame. At the same time, I found the mecha designs in this part to be quite awkward and blocky, especially compared to later Gundam shows.

The Gundam movie is only the beginning of the trilogy and will only truly be worth viewing if you are planning to watch all three films, which is quite a commitment. Then again, it is a great way to introduce yourself to the Universal Century and a lot easier to do than watching the television series.

With no English audio track, it’s clear that this film isn’t going to be for everyone; the animation is very dated, the pacing is bad and there’s no conclusion, leaving you to watch the next two films for the rest of the story.
But if are prepared for that, want to introduce yourself to Gundam or are already a fan on Gundam in any way, then just maybe you can enjoy this. Each of the films has their own moments and for me, in this film, it was the first half, maybe you’ll find your own favorate moments in Gundam too.

6
A barebones DVD but a classic movie that deserves to be in any giant robot fan’s collection.
LATEST REVIEWS