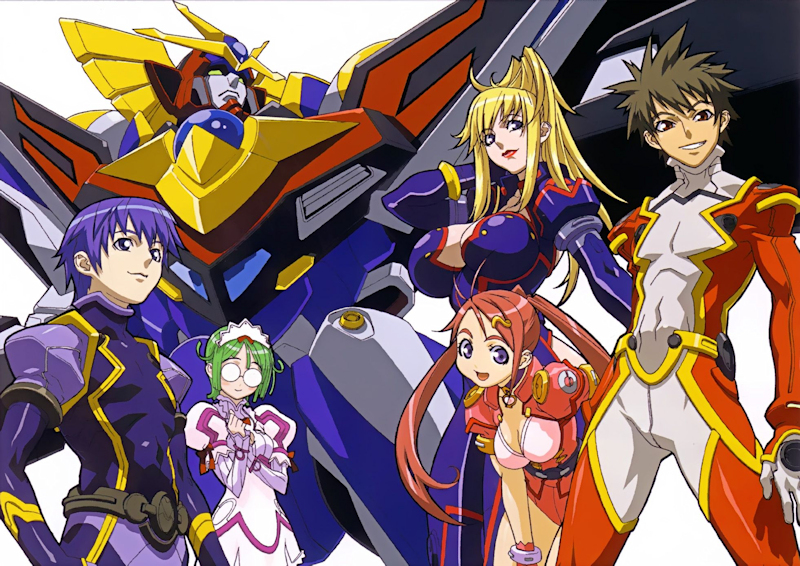 Gonzo knows what people want. Least, they think they do. It’s all about the mechs, the women…or young girls in most cases and what kind of strange and bizarre costumes you can put them in for the fanboys. Oh yeah…they have nailed it right on the head.

So what is Gravion? Well, basically these aliens have come along and the Earth Military can’t stop them. But as luck would have it, a mysterious billionare has managed to amass a team of cute girls, a couple of guys and some weaponry that could blow a hole in the side of a planet. Oh, and this big robot which can merge 'Power Ranger' style with these other vehicles and become the ultimate fighting machine called, Gravion. Seriously…you can’t make this stuff up.

Its a very simple formula. Babes. Mechs. Aliens wanting to enslave the Earth. You'll have seen it all before of course, the question is: is it done well?

The fact that I was humming the Power Ranger theme tune when Gravion was being made and asking, “is she of legal age to be wearing that?” would probably indicate a no...

Gravion seems more a parody than a homage to other robot anime like Evangelion and Gundam. This first volume never seems to take itself too seriously, but when those in charge are being serious, the more bubbly characters seem sort of misplaced. Its..odd.

While this volume is obviously setting the scene for the rest of the series, I personally saw nothing in this series that hasn’t been done before numerous times. It ticks all the boxes and even has a cheesy rock melody playing in the background as the robot becomes Gravion. But I still came away with nothing really major to say. Apart from noticing one character who seemed to have breasts bigger than her head that wobbled in every direction from the slightest movement, but that’s something for another day.

I’m hoping that this is purely a start up volume and that Gravion will pick up as it goes along. I do hope so, because if the rest of the series is like this, well, its going to be instantly forgettable once the series is over, which will be a shame.