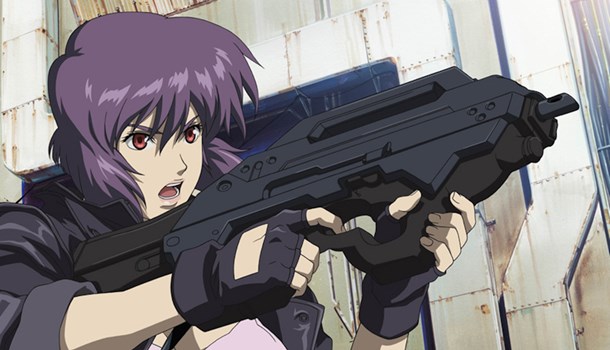 Y'know, its a strange thing. The last few times I added this series to the review list, none of the regulars wanted to review it. With the last series, it was a given that they'd be the first on most contributor's lists, so what's changed?

The standard of animation is as good as it ever was, and in terms of action, the series hasn't dropped a notch so far as I can see. Certainly the 3 episodes on this disc are of a solid standard, with the Individual 11 mystery unravelling and plenty of action scenes peppered throughout. Section 9 are closing in on the mysterious Kuze, and the threat of a nuclear strike sees the entire city of Nagasaki evacuated with Section 9 labelled fugitives as the military take over. Edge of the seat stuff indeed.

I can understand, perhaps, that the stilted tech-heavy dialogue may have begun to grate a touch - there are times when you only know what's going on because of what people are doing rather than saying, but the English voice cast remain excellent - serious, grave but never monotone, even if you don't always understand what they're bleating on about ^^

Or perhaps familiarity breeds contempt - because of the serious tone, there's no real character development - you wouldn't know the difference between, say, Batou as he is in this series from Batou from the last, and when nothing changes, it becomes hard to stay attached.

But put that aside and you still have an excellent, if verbose, action anime.

Interestingly, no trailers...
8
Solid rather than stunning, but GitS sets such a high standard for itself, even solid is special.