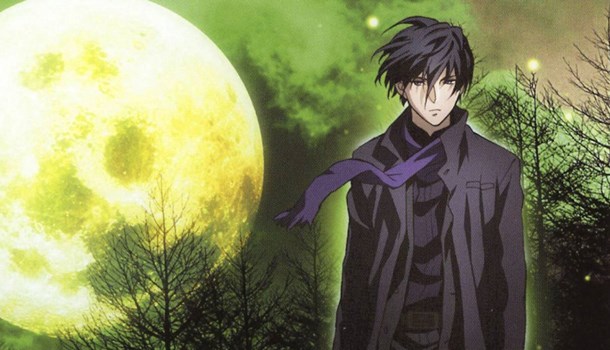 Just when you thought it was safe enough to venture down to your local DVD shop, Manga video releases Ghost Hunt volume 2; another bumper collection of frightful fiends and ghoulish goings on. Kazuya Shibuya, CEO of Shibuya Psychic Research and our tour guide of the supernatural, regroups his Scooby-gang of paranormal investigators to solve the final three cases of the series.

The twelve episodes featured here are spread evenly across three stories, taking us to such classic horror movie locales as a spirit ridden school and a Resident Evil style gothic mansion. Other staples of the genre are also peppered throughout: Creepy kids? Check; Zombies? Check; Seances? Check. Tonally much darker, these cases are both more frightening and less predictable than those of volume one. For the first time it seems, the characters find themselves in genuine peril. This is particularly evident in the final episodes as the normally effortlessly cool Shibuya is possessed and bed-ridden.

The series is partially grounded in Shamanism and Shinto beliefs. Not unlike the techno babble of Star Trek, characters will often use bewildering terminology to explain the supernatural events as they unfold. Shokon anyone? How about Ekiki? Me neither, but don't fret if your Grimoire is out of date, or your friend still hasn't returned your much-thumbed apothecary's handbook because Mai Taniyama is normally on cue to ask the right questions to keep the plot moving with minimal furrowed brows.

Despite vast improvements over volume one, however, Ghost Hunt is still weak in places. Plot holes occasionally rear their ugly heads like an insect infestation of an otherwise healthy looking tree. In 'The Bloodstained Labyrinth', for example, Shibuya and co. fruitlessly spend a full week investigating a series of disappearances before they even consider cross-examining the details of the victims to see what they had in common. You guessed it, the clues were there all along!

Similarly, the series continues to be more plot driven than character focussed. Mai and Shibuya's backgrounds are further illuminated, but, despite teasing glimpses, the supporting cast remain somewhat underdeveloped. While this approach isn't necessarily damaging to the series overall - the plot should be enough to hold your interest - you can't help but feel that there's some untapped potential lurking just off screen.

Overall, a vast improvement on what we've seen before but still not fully delivering on its promise.

8
A huge improvement over the preceding volume. It's just a shame that it took a while for the series to find its feet.
LATEST REVIEWS