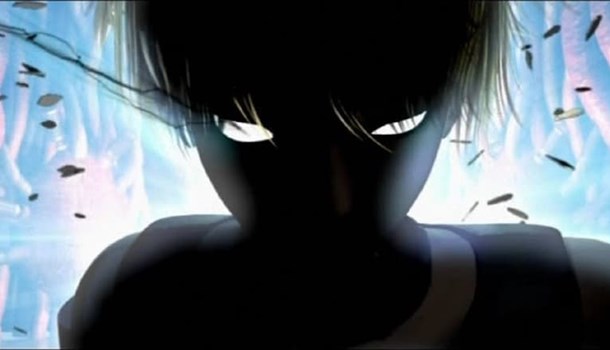 Basing animes on games is like basing a film on a game or a game on a film. 90% of the time, the resulting product from this other media just doesn’t work. Examples? Enter the Matrix game, Tomb Raider films and the Resident Evil films are good examples of what can go wrong when crossing industries over. It can be done successfully at times, take the anime form of Gungrave which is fantastic to watch. Galerians: Rion, unfortunately falls into the same problems as the above.

The anime is based upon the two PlayStation games of the same name. Rion wakes up to find himself in some sort of medical facility. He starts getting some extreme headaches as someone seems to be talking to him through his thoughts. The headaches become some intense that he actually destroys the chamber he is caught in and starts to make an escape from the facility. This starts him on a journey to discover who he is, where he has come from and who the mysterious voice is.

If Galerians: Rion had appeared before the coming of Appleseed (2004), then I would say that the “100% CG technology” would of least been passable and let the film become a little more watchable. Unfortunately, Appleseed has shown what CG animation can really do and has pushed this benchmark quite high up now, too high for Galerians to follow. The CG seems to have been taken straight from the PS2 game itself and crated the film from that. Things like lip-sync, explosions, fire effects, animation, everything look quite sub-par.

The plot itself isn’t much better. While points should be awarded to trying to stick to the games plot, it is also this fact that brings it down. Rion will end up going to a new environment, discover something new about past/mysterious voice (delete were needed) and take on the bad guy. A fight breaks out along with some sort of ‘nu metal’ track and blood starts flying and walls get broken down. That is pretty much it. Along with a huge plot hole in at the end that could fit a small aircraft and in the end you got a plot that is less than inspiring.

One saving grace about the actually DVD itself is that as expected the English dub and Japanese dubs are included, but an English dub with the original Japanese soundtrack is included. So anyone who wants to avoid the tracks that have been placed in to appeal to the angry teenager, you can at least. Though the main character seems to a source of teenage angst as it is, so you’ll never truly escape from it.

Is Galerians: Rion recommendable? If you’re renting out, possibly. Want a bit of mindless action and high-octane psychic fights, then it could a film to watch. Apart from that, the plot holes, sub-par CG and the uninteresting characters will turn quite a few people off. There are other violent, action films out there to try first.
4
The games were OK, this is anything but.
LATEST REVIEWS